“And I saw between the throne (with the four living creatures) and the elders a Lamb standing, as if slain, having seven horns and seven eyes, which are the seven Spirits of God, sent out into all the earth.” 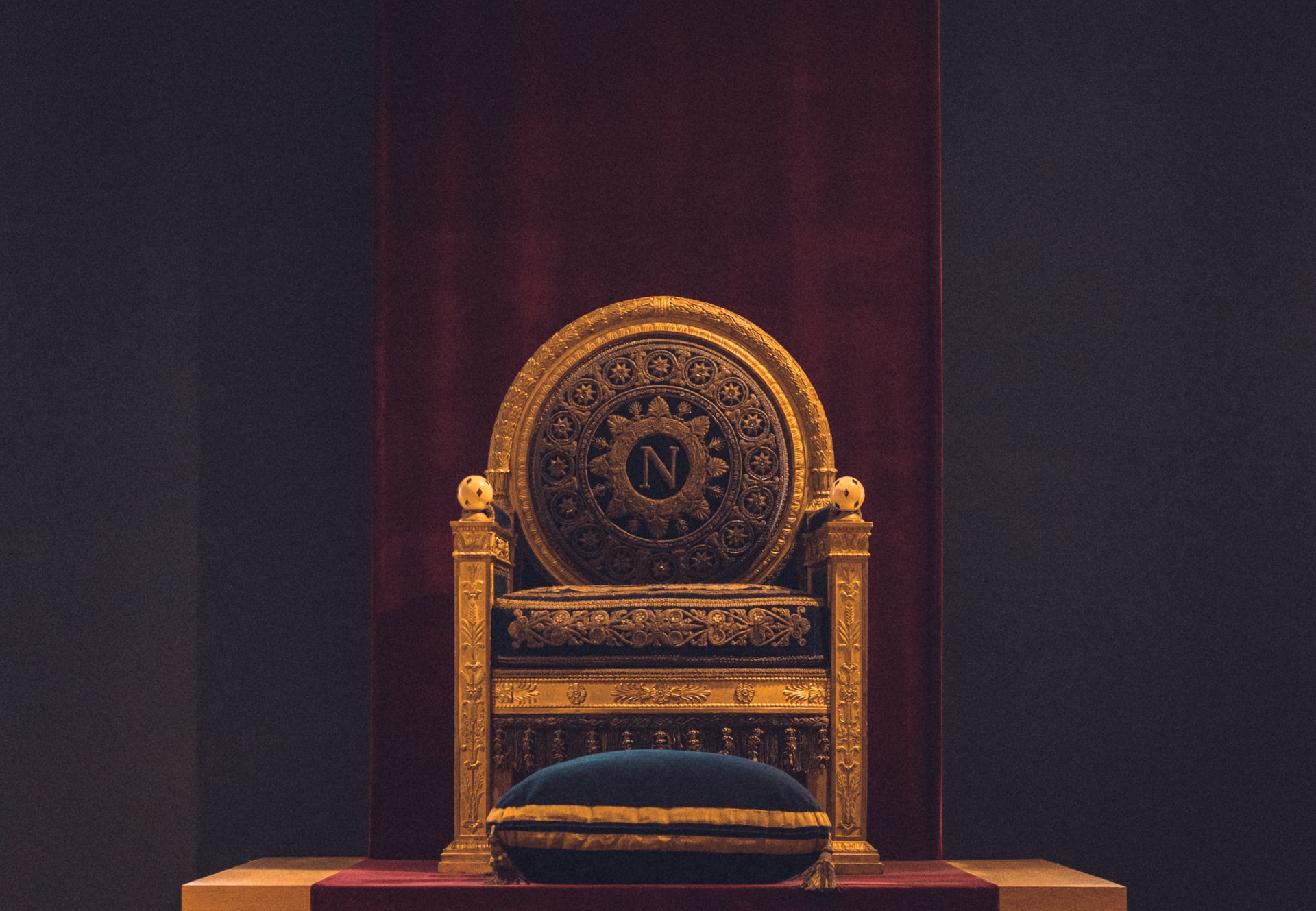 Our text falls right in the middle of John’s vision about the book with seven Seals in Revelation 5:1-14. In 5:1-4 John sees this book in the hand of “Him who sat on the throne.” As God holds the book, an angel asks, “‘Who is worthy to open the book and to break its seals?'” No one in heaven or earth was able, and John began to weep greatly.

Then, in 5:5-6, one of the twenty-four elders, who were around the throne, told John to stop weeping because “the Lion that is from the tribe of Judah, the Root of David, has overcome so as to open the book and its seven seals.” At this point John saw “a Lamb standing, as if slain, having seven horns and seven eyes, which are the seven Spirits of God, sent out into all the earth.”

As 5:7-10 records, the Lamb took the book from the right hand of God. When he had taken the book, the twenty-four elders fell down before the Lamb to worship Him. Each one had a harp and golden bowls full of incense, which were the prayers of the saints. Then they began singing a new song.

Now, in 5:11-14, John sees many angels, the four living creatures, and the twenty-four elders around the throne worshipping the Lamb. The number of angels was “myriads and myriads.” All of them exalted the Lamb who was worthy or all praise.

John again mentions the four living creatures. He had described these creatures in 4:6-8. The first beast was like a lion; the second like a calf; the third had a face as a man; and the fourth was like a flying eagle. The Old Testament Scriptures provide the background for these creatures. According to Ladd (p. 77):

It is quite clear that these four living creatures are analogous to the seraphim of Isa. 6:1-3 and the cherubim of Ezek. 10:14. Their form is closer to Ezekiel’s cherubim, each of which had four faces–those of a man, a lion, an ox, and an eagle–and four wings, whereas John’s living creatures each have a single head and six wings. Isaiah’s seraphim had six wings each.

On the basis of the Old Testament passages it would seem that the creatures John saw are representative of all God’s creation: the lion as the king of the wild animals, the calf (that is, “ox-calf”) as the chief domesticated animal in those days, the man as created in the image of God, and the eagle as the king of birds. Taken together, they indicate that all nature joins in praising God. They indicate also, by their honoring of the One on the throne, that God is sovereign over all His creation. 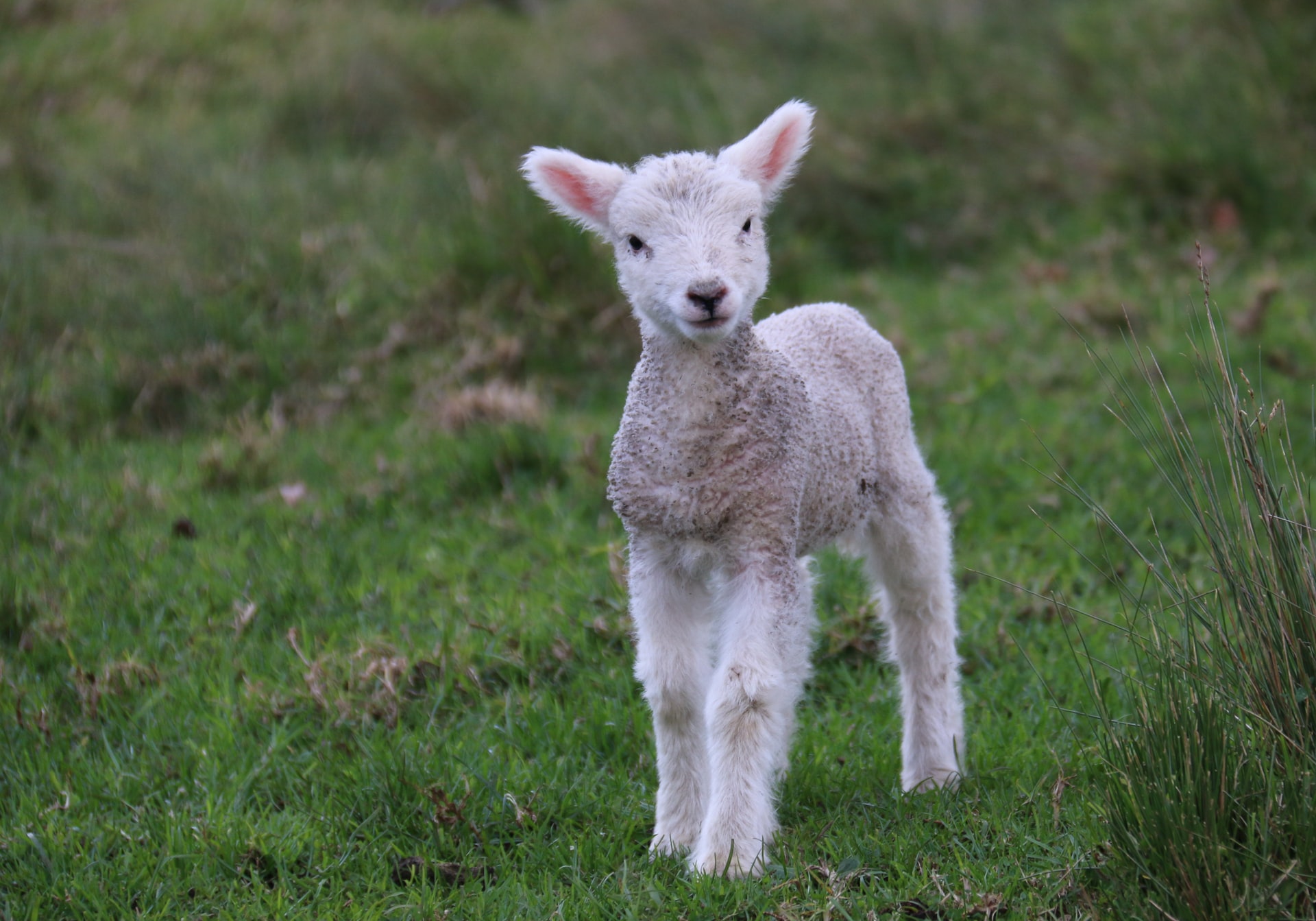 According to 5:5, Christ is “the Lion that is from the tribe of Judah,” and He has overcome so as to open the book and the seven seals. However, in 5:6 John sees Christ the Lamb standing as if slain. Ladd (p. 86) explains that “The metaphor of a lamb is central in the great prophecy of the suffering servant in Isa. 53.” As he says (p. 85), “The final victory of Christ as the Lion of the tribe of Judah–as the conquering Messiah–is possible only because he has first suffered as the Lamb. The great paradox is that Christ conquered through His death.

The Seven Spirits of God

The Lamb had seven horns and seven eyes. Mounce (p. 145) writes: “The seven horns of the Lamb symbolize his irresistible might. His seven eyes speak of that completeness of vision which leads to perfect knowledge.” Similarly, Lenski (p. 197) says:

Seven always refers to God and to men. The seven horns symbolize God’s power as being directed to the world of men (Matt. 28:18). The eyes symbolize sight, intelligence, wisdom, compare 4:6, 8. The number “seven” has the same meaning that it had in the case of the horns.

The seven Spirits of God are sent out into the world on a mission. With regard to the mission of the Spirit, Ladd (p. 88) makes these comments:

The nature of this mission is not explained, but we are reminded of similar sayings in the New Testament, particularly in the Gospel of John. The Spirit is the Spirit of the Son whom the Father has sent to dwell in the hearts of men (Gal. 4:6). The Father will send the Paraclete in Jesus’ name to teach them all things (John 14:26). The Spirit is also sent by the exalted Jesus from the presence of the Father to bear witness to himself (John 15:26). In fact, Jesus said that the disciples would be better off with his Spirit with them than they had been with his incarnate presence (John 16:7). The inseparable relationship between the Son and the Spirit is seen in John 14:18 where Jesus describes the coming of the Spirit in terms of his own presence with the disciples: ‘I will come unto you’ (John 14:18).

Our text specifically connects the Spirit of God with Christ’s mission. The Spirit of God guides, gives wisdom, knows all things, and fulfills the mission of Christ. He is the Great Helper (Paraclete) who continues the work of Christ in the world. We do not work alone to build the Kingdom of God; rather, we are the hands and feet of the Triune God Himself. With His power the Kingdom will be built.