“Here is the perseverance of the saints who keep the commandments of God and their faith in Jesus. And I heard a voice from heaven, saying, “Write, ‘Blessed are the dead who die in the Lord from now on!'” “Yes,” says the Spirit, “so that they may rest from their labors, for their deeds follow with them.” 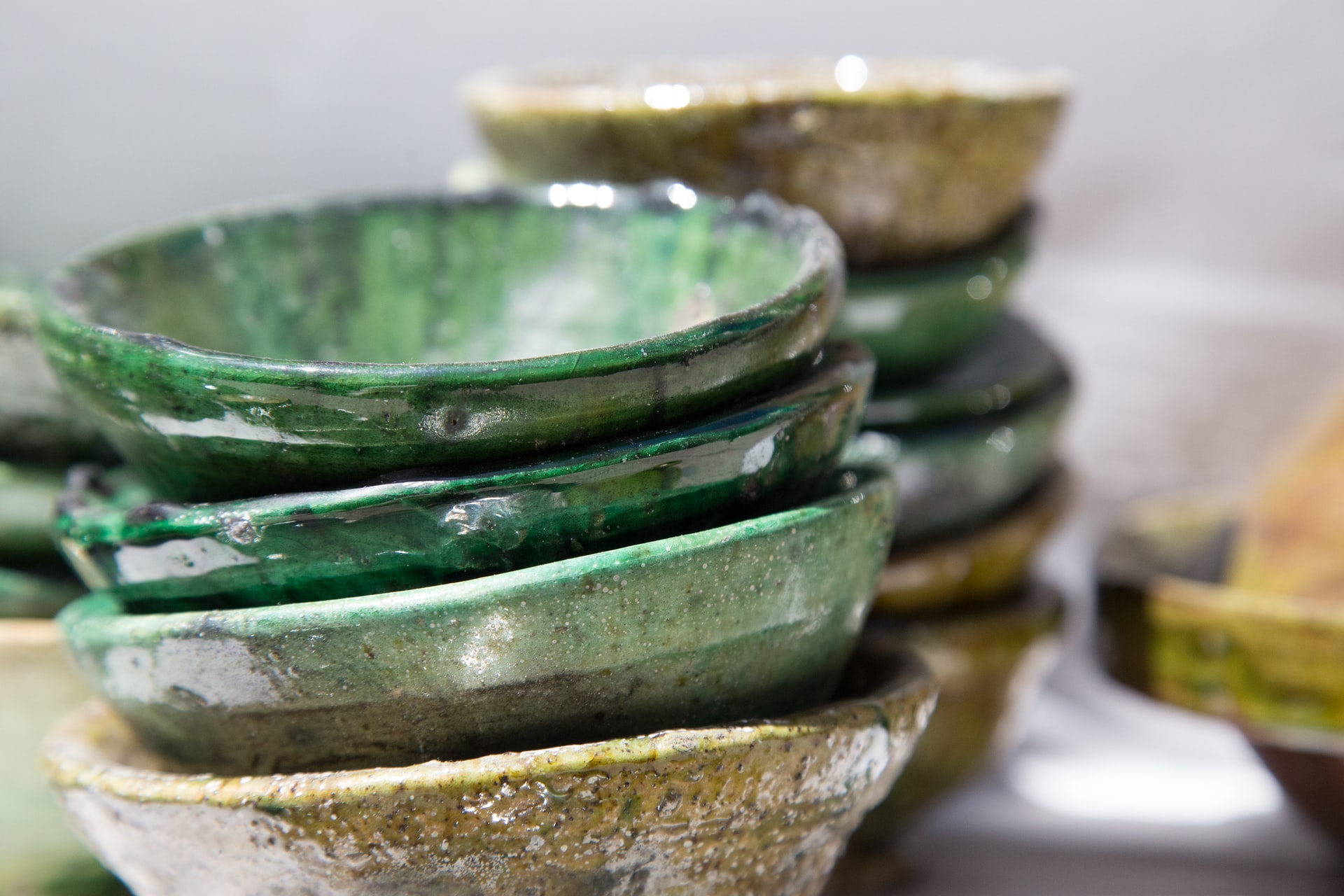 According to Ladd (p. 188), “Chapter fourteen [of Revelation] continues the interlude between the seven trumpets and the seven bowls.” John records a series of short visions that assure us of victory in the end-time struggles. The kingdom of God will prevail. As Mounce (p. 272) states:

The tableau of the Lamb and his followers standing victorious on the heavenly Zion [vss. 1-5] is followed by a series of three angel proclamations (vss. 6-11). These three are interrelated and progressive. The summons to worship the Creator (vss. 6-7) leads to a prediction of the downfall of the great citadel of paganism (vs. 8) and a vivid portrayal of the torment awaiting all who worship the beast (vss. 9-11).

After these visions, John writes verses 12-13, which apply to all those faithful believers who persevere in the faith during these difficult times. The persecuted saints will be eternally blessed by God. Thus, chapter fourteen describes victory over evil.

The Victory of the Lamb: Verses 1-5

In 14:1-5 John sees a vision of the victorious Lamb of God. Given the testing of the times, this is a wonderfully comforting passage. All who remain faithful to Christ in times of persecution can rejoice in His ultimate victory. Horton states (p. 199):

Chapter 14 jumps ahead to give a preview of the time when Jesus, as God’s Lamb, will stand in victory and triumph on Mount Zion, which will be the capital of Christ’s millennial kingdom. (It will be also a fulfillment of Psalm 2:6, though some point to Hebrews 12:22-24 and take this to be a heavenly Zion.) While the Antichrist is setting himself up as a god in Jerusalem and seeking worship, it seems the Bible cannot wait to let us know that the kingdom of and glory of the beast is as nothing when compared with that of the Lamb who will stand on Mount Zion. 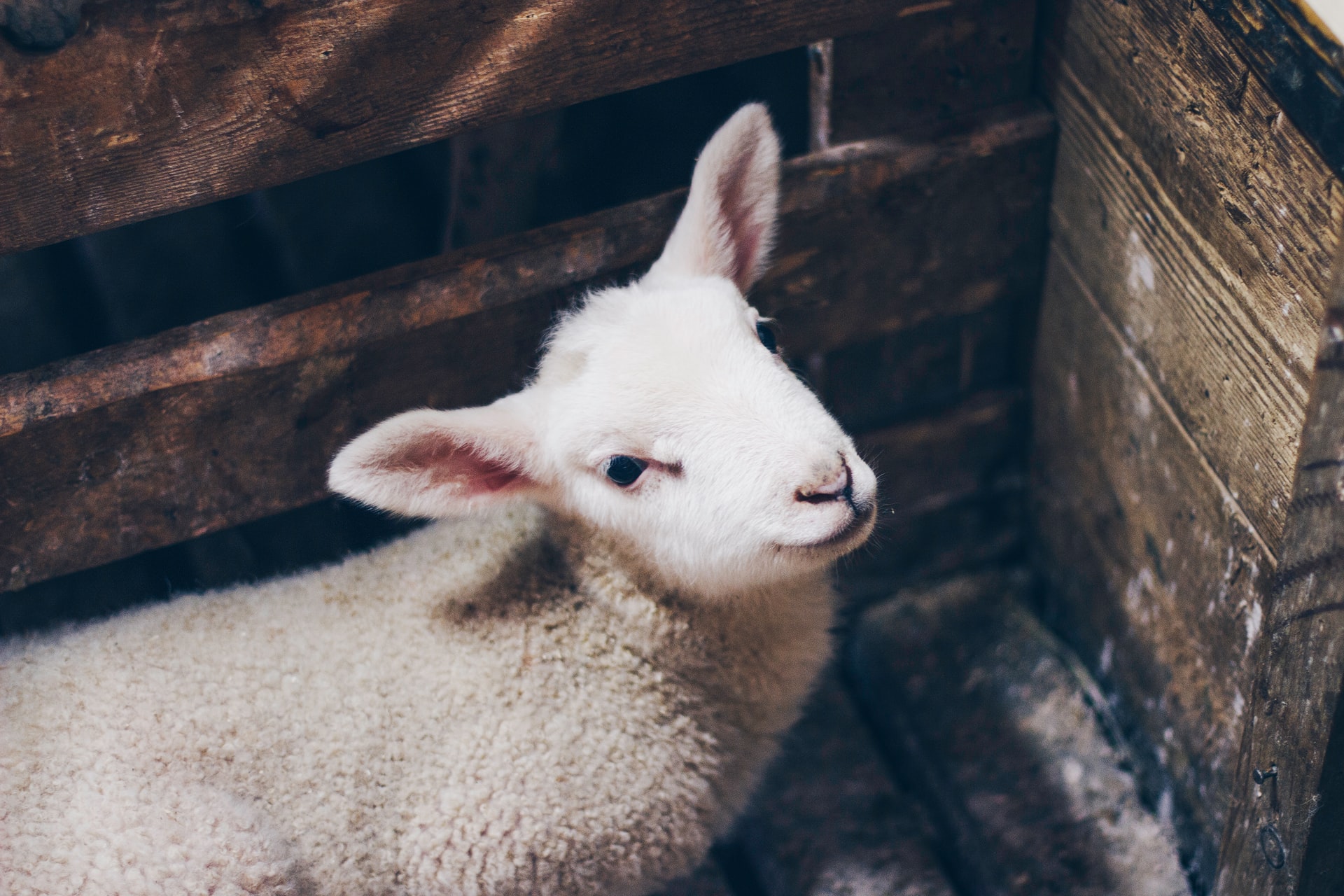 After seeing the vision of the victorious Lamb, John is brought back to the preaching of the gospel on earth. An angel flies in mid-heaven proclaiming the gospel. Just what gospel will this be? According to Mounce (pp. 272-273),

The angel’s message is called “eternal good tidings.” It is not the gospel of God’s redeeming grace in Christ Jesus but, as the following verse shows, a summons to fear, honor, and worship the Creator. It is a final appeal to all men to recognize the one true God. It is an eternal gospel in that it sets for the eternal purpose of God for man. It relates to judgment and salvation in the coming eternal age. Those that dwell on the earth are further specified as every nation, tribe, tongue, and people.

However, others maintain that the angel preaches the same gospel that always has been preached. In my view, Horton is correct. He (p. 204) declares:

The everlasting gospel is the same gospel proclaimed by the apostles and recorded in the New Testament. There is no other gospel. . . . Even in the midst of the judgments of the Tribulation God is still seeking people who will turn to Him. The message of the gospel is always redemptive, and it calls on people to recognize His love, His sovereignty, and His holiness. It also calls us to worship Him. . . .

After this, there is no indication of any further proclamation of the gospel, and no indication of any repentance. Through this angel mankind receives the last gospel message, their last opportunity to hear the truth, repent, and place their faith in Jesus. How sad that Satan has blinded their minds and hearts!

Now, the second angel appears and announces the fall of Babylon the Great. Very likely, this second angel was flying in mid-heaven like the first angel. This city is described as a great whore. There are several views with regard to the identity of Babylon. With regard to these views, Horton makes the following comments (p. 206): 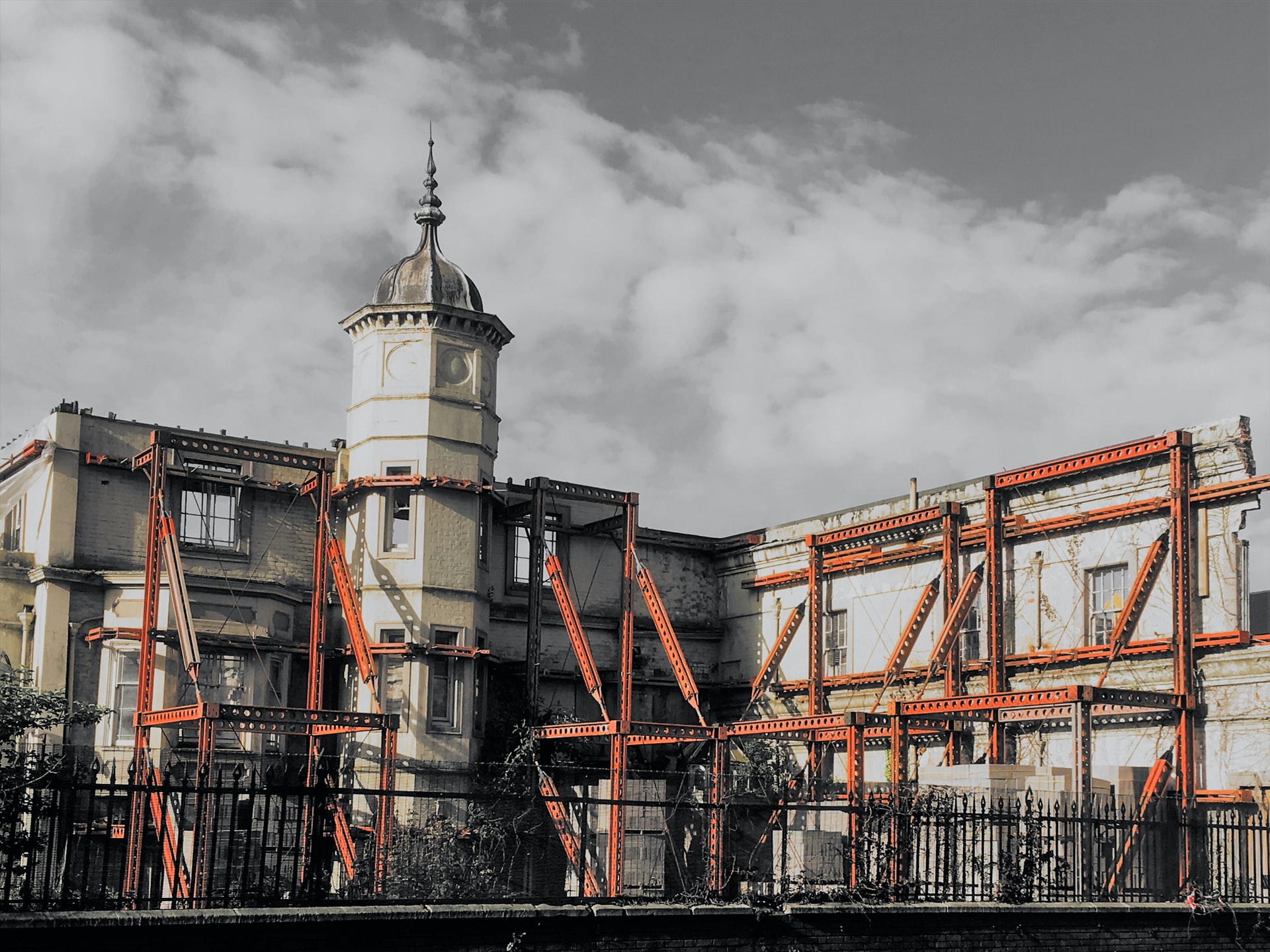 Some believe that during the Tribulation the “great whore” Babylon will be a revived Roman empire. Others prefer to understand it as a rebuilt Babylon on the Euphrates River. Others see it as some great religious and commercial center which will take leadership at that time. More likely it is the whole Babylonian world system represented by the statue in Daniel 2 and the wild beasts in Daniel 7. The important thing to notice is that it will be necessary to judge and destroy it to make room for the reign of Christ and His pure and spotless bride, the Church, during the thousand years of the Millennium.

The third angel pronounces judgment upon those who worship the beast. According to Walvoord (p. 219), “The same Scripture which assures all Christians of the love of God and the grace of God as extended to those who trust in Christ is unequivocal in its absolute statements of judgment upon the wicked.”

It is interesting to compare what this chapter says about those who worship the beast with the comments in chapter 13 about those who do not worship him. Such a comparison is made by Mounce who states (p. 274):

Verses 9-11 form a counter-proclamation to that of the image in chapter 13. It was decreed that those who would not worship the image should be killed and that those without the mark of the beast should be able neither to buy nor to sell (13:15, 17). The third angel of chapter 14 pronounces a much worse fate for those who do worship the beast and bear his mark. They are to drink the wrath of God and endure eternal torment in fire and brimstone. This fierce warning is directed both to the pagan population (cf. vs. 6) and those within the Christian community tempted to deny their faith in view of the coming persecution. That the warning is directed at apostate Christians as well, follows from John’s added comments in verses 12 and 13, which speak of the coming trial and promised blessedness for those who die in the Lord.

In a sense verse 12 is a footnote to verses 9-11. The angel has proclaimed that those who worship the beast will face divine wrath. Now, John talks about the suffering saints. Those who are faithful will keep the commandments of God and their faith in Jesus. According to Walvoord (p. 220), “Though some of them will face martyrdom and others will need to go into hiding, they are assured that their lot is far preferable to those who accept the easy way out and worship the beast.” 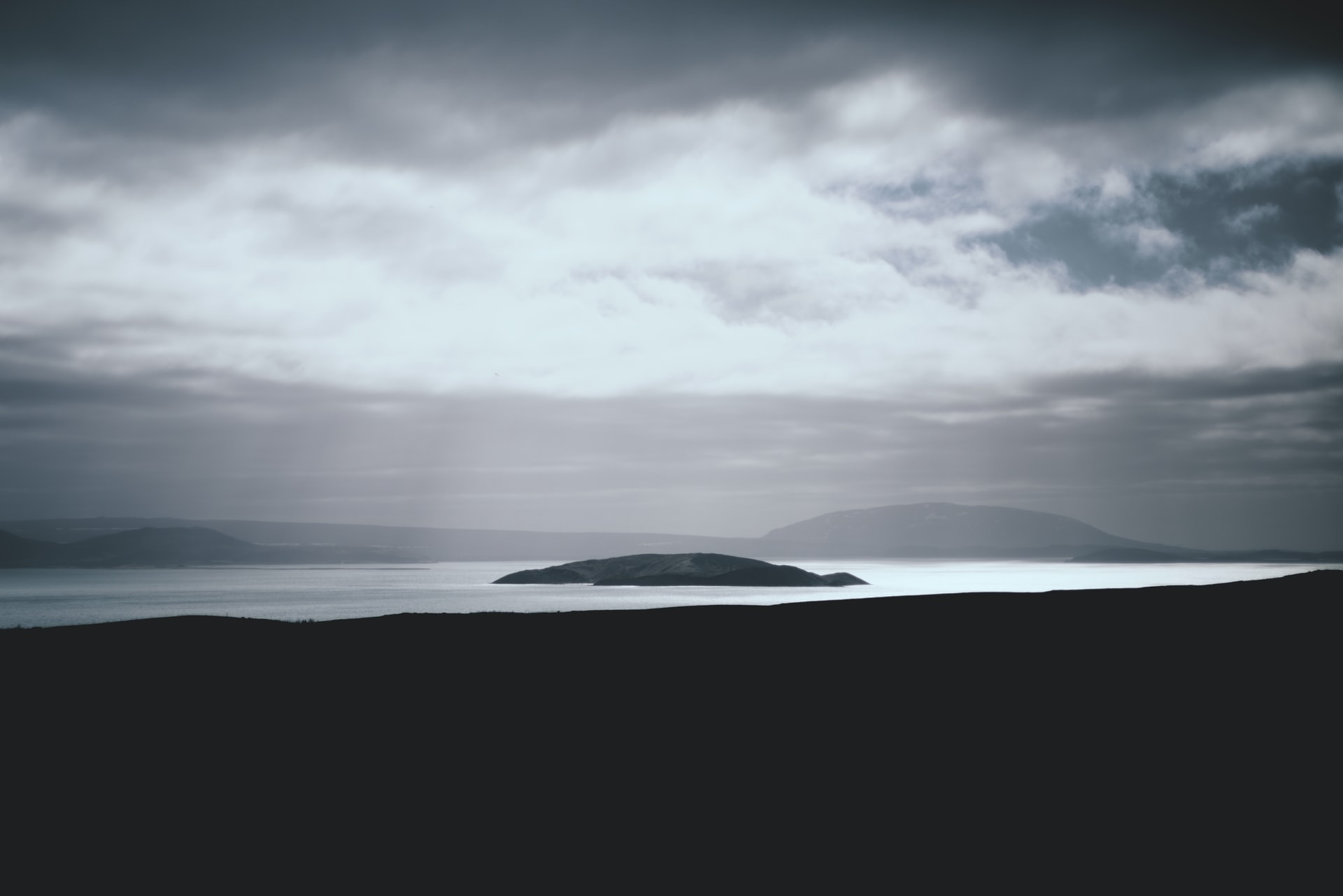 The Seer’s comment is followed by a voice from heaven which declares, Blessed are those that die in the Lord. The connection with verse 12 is clear: faithfulness to Christ issues in martyrdom, but the faithful dead are blessed in that they have entered victoriously into their rest. If verse 12 was negative encouragement, verse 13 is positive. The voice from heaven is not specifically identified, although it may be that of the Spirit.

The phrase “from now on” can be connected with either what precedes or what follows. According to Mounce (p. 278):

Most commentators connect “from henceforth” with the preceding clause. Those who die in the Lord from henceforth are blessed. But this seems to imply that from that point on a special blessedness is connected with the death of the faithful which sets them apart from believers who have died previously. Others connect the phrase with the following clause: “henceforth, says the Spirit, they may rest from their labors.” This requires the omission of the word “yea.”

Mounce, in my view, reaches a good conclusion with these comments (p. 278):

The apparent implication that gave rise to these alternatives, however, is more imaginary than real. To assure those facing the prospect of martyrdom that to die in the Lord is to enter into eternal blessedness is not to deny the same reward to those saints who previously died in less trying circumstances. “Henceforth” marks the transition into the more active persecution of those who hold unswervingly to their faith.

The fourteenth chapter of Revelation is an interlude in the chronology of the end-time events. It begins with a vision of the victorious Lamb and proceeds with the visions concerning the proclamation of the gospel and the judgment of God upon those who worship the beast. All this is followed by the strong statements in verses 12-13 concerning the blessedness of those who endure in their faith.

The promise of ultimate victory is a powerful incentive to all believers to remain faithful to Christ. Those who remain faithful will be rewarded in many ways. As verse 13 makes clear, they will rest from their labors. They will enjoy eternity with Christ. Whatever our circumstances in life, we know that, as believers, this promise is for us as well.