“Out from the throne come flashes of lightning and sounds and peals of thunder. And there were seven lamps of fire burning before the throne, which are the seven Spirits of God…” 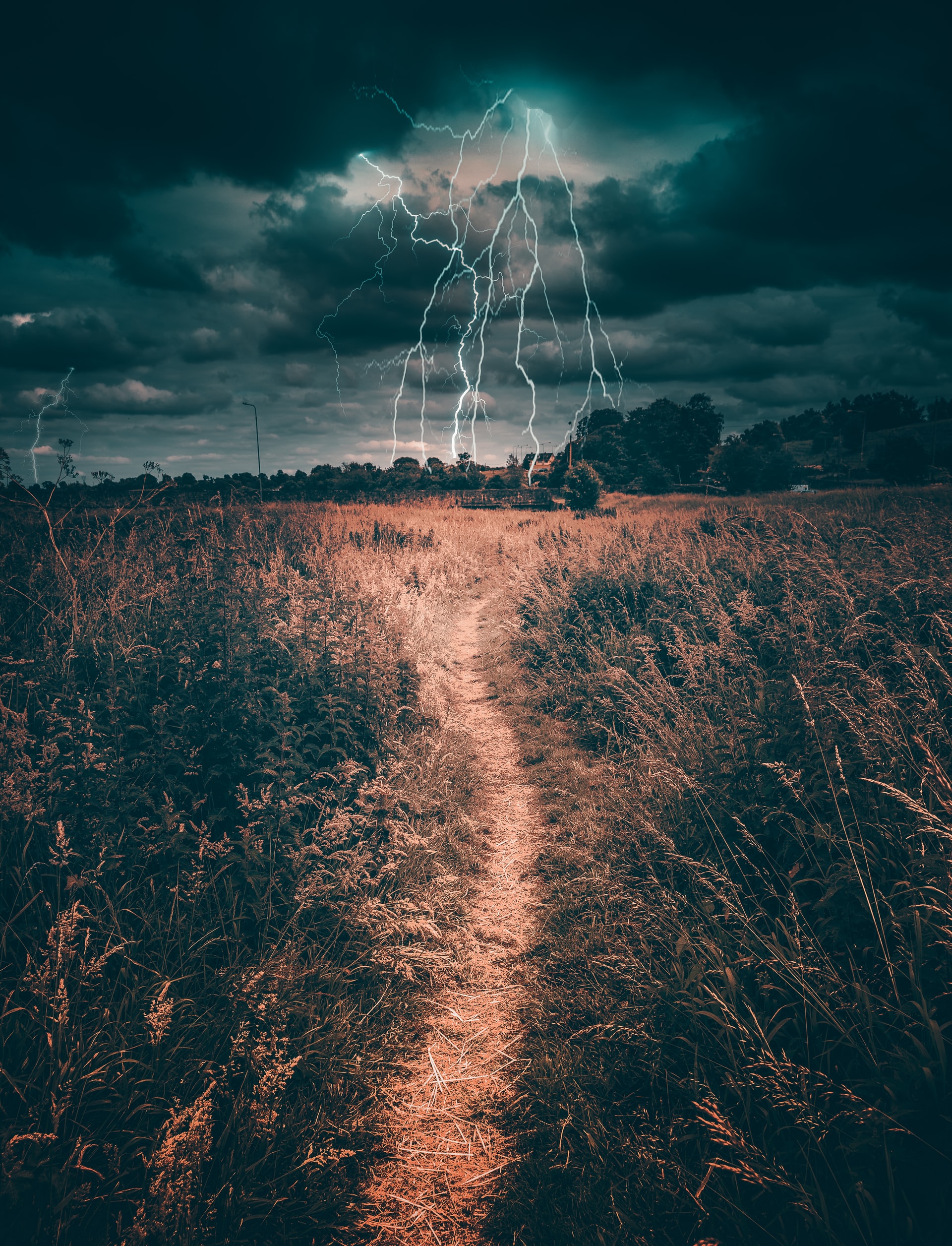 John is describing his vision of the throne of God in heaven. Out of the throne come flashes of lightning and sounds and peals of thunder. John saw seven lamps of fire burning before the throne. These seven lamps represent the seven spirits of God.

The phrase “seven Spirits of God” occurs four times in the Book of Revelation: 1:4, 3:1, 4:5, and 5:6. I have commented on this phrase in connection with these all these references. We will add a few comments here.

God shows His power in various places and with different purposes. Many writers are reminded of how God manifested Himself at Sinai in thunder and lightning (Exodus 19:16 and 20:18). There, it was at the time of the giving of the Law. In Ps. 77:18 God manifests Himself in the dramatic activity of nature. As far as the Book of Revelation is concerned, Mounce (p. 136) writes:

In Revelation the symbols of thunder and lightning are always connected with a temple scene and mark an event of unusual import. In 8:5 they follow the breaking of the seventh seal, in 11:19, the blowing of the seventh trumpet, and in 16:18, the pouring out of the seventh bowl of wrath.

John sees seven lamps of fire, which he says are the “seven Spirits of God.” Elsewhere (see Revelation 1:4 and 3:1), I have presented several views about the seven Spirits. Along with others, my position is this expression refers to the Holy Spirit. Some authors go further and emphasize various aspects of the presence and work of the Spirit.

According to Lenski (p. 126), for example, the seven Spirits of God represent the Holy Spirit in His divine mission. Horton (p. 26) says that this phrase is ”probably a reference to the sevenfold Spirit on the Messiah prophesied in Isaiah 11:2 as well as to the sevenfold lamp in Zechariah 4:2, 6, 10.” As another example, Ladd (p. 76) thinks of the fullness of the Spirit. He writes:

We have already met the symbolism of seven to denote the fullness of God’s Spirit (1:4). Here, the Holy Spirit is mentioned probably not so much with reference to his regenerative and sanctifying work as to his work in the creation and preservation of the natural world (Gen. 1:2; 2:7; Ps. 104:29f.).

Swete believes the expression refers to the Holy Spirit but gives a different explanation. Concerning 1:10, he comments (pp. 274-275) as follows:

In my view, the phrase “seven Spirits of God” refers to the Holy Spirit and, especially, to seven aspects of the Spirit’s presence and work. We need not limit the variety and manner of the Spirit’s manifestations. The Spirit manifests Himself in fullness for many purposes and in many ways.