What the Church Does for the World

What the Church Does for the World

In the last lesson, we saw that believers have responsibilities to other believers. All believers are part of God’s family. Christians have a special contact 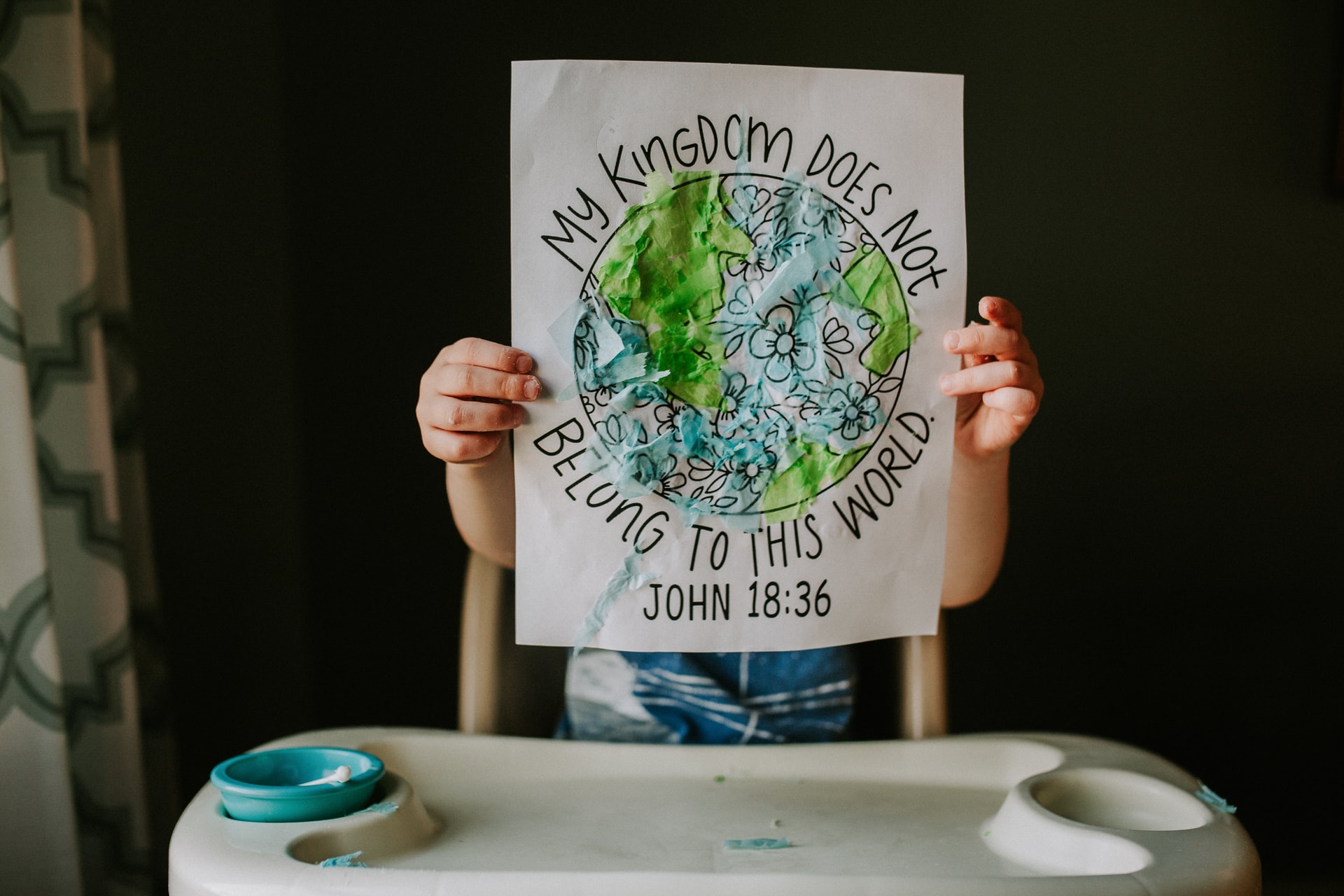 with brothers and sisters in Christ.

But the church also has a duty to non-believers. A Christian must never be so concerned about other believers that he forgets about those outside the church. In this lesson, we will look at the believer’s duty to unbelievers.

Like other lessons in this study, you must apply what you learn. God is not pleased if we know what to do, but do not do it. Just as James said, “The person who does not do the good he knows he should do is guilty of sin” (James 4:17). Let us apply this lesson by doing the things we are taught.

Have you ever owed someone a certain amount of money? Sometimes we owe a debt that money cannot pay. We have a responsibility that money cannot fulfill. Every believer has such a debt. What is this obligation? Paul expressed it. “I want to win converts among you also, as I have among other Gentiles. For I have an obligation to all peoples, to the civilized and the savage, to the educated and the ignorant” (Romans 1:13-14).

Godly people should be known for their godly actions. God’s people should do good work. Jesus said, “You are like salt for all mankind” (Matthew 5:13). But if salt does not do what it is supposed to do, it is worthless. Jesus also said, “You are like light for the whole world” (Matthew 5:14). But a light should not be hidden—it should shine. A light shines upon everyone in the room. “In the same way, your light must shine before people so that they will see the good things you do and praise your Father in heaven” (Matthew 5:16).

When a person becomes a Christian, he begins a new life. He no longer does the evil things he used to do. He wants to do those things that please God. Just as salt changes the taste of food, and as light changes darkness, the Christian’s godly life influences those around him. He influences others to do good. In this way, he is a force against evil.

I once read the life story of a young man named Nicky. Nicky hated everyone. He had learned to fight and to kill. His friends formed a gang to steal and destroy. Nicky started using drugs. Before Nicky was out of his teenage years, his life was very ungodly. But, one day, someone told him about God’s love. A Christian told Nicky that he could have a new life in Christ Jesus. Nicky accepted Christ. He quit his gang. He stopped fighting and killing. But Nicky did more than that! He started helping other young people who had similar problems. He told them about Jesus Christ. He helped them give up their drugs and stop hating people.

By God’s grace, evil was defeated in Nicky’s life. But more than that, Nicky used his influence to stop evil. Nicky’s life was like a light shining into the darkness of a sinful community.

Christians can restrain evil through their prayers, also. Abraham’s nephew, Lot, did not love God as Abraham did. Abraham, of course, was very concerned about his nephew. He tried to encourage Lot to serve God, but Lot wanted to live in a city that was known for its sinfulness. Abraham prayed for his nephew. Because of Abraham’s prayers, God saved Lot from being destroyed by the wicked city. You should read Abraham’s prayer in Genesis 18:22-33.

Paul wrote to the church at Philippi concerning the duties of Christians: “Be innocent and pure as God’s perfect children, who live in a world of corrupt and sinful people. You must shine among them like stars lighting the sky, as you offer them the message of life” (Philippians 2:15-16).

Paul says it is not enough just to live a godly life. We must also “offer them the message of life.” The gospel must be told indeed, but also in words!

Jesus said, “Go, then, to all peoples everywhere and make them my disciples” (Matthew 28: 19). This passage is often called The Great Commission. Mark records a similar passage, “Go throughout the whole world and preach the gospel to all mankind” (Mark 16:15). Here the word preach does not mean a formal speech before a group. It means simply to tell or announce. Not every believer can preach but every Christian can tell the gospel. Often the word evangelize is used. This word means “to announce the good news.” Every believer must obey Christ’s words to announce the gospel and make disciples.

As we learned in the last lesson, God wants His body, the church, to grow. “It grows as God wants it to grow” (Colossians 2:19). The early church was a growing church. Three thousand people were added to the church in a single day (Acts 2:41). Growth is normal for the body of Christ “And every day the Lord added to their group those who were being saved” (Acts 2:47). A church that is not growing is not healthy. 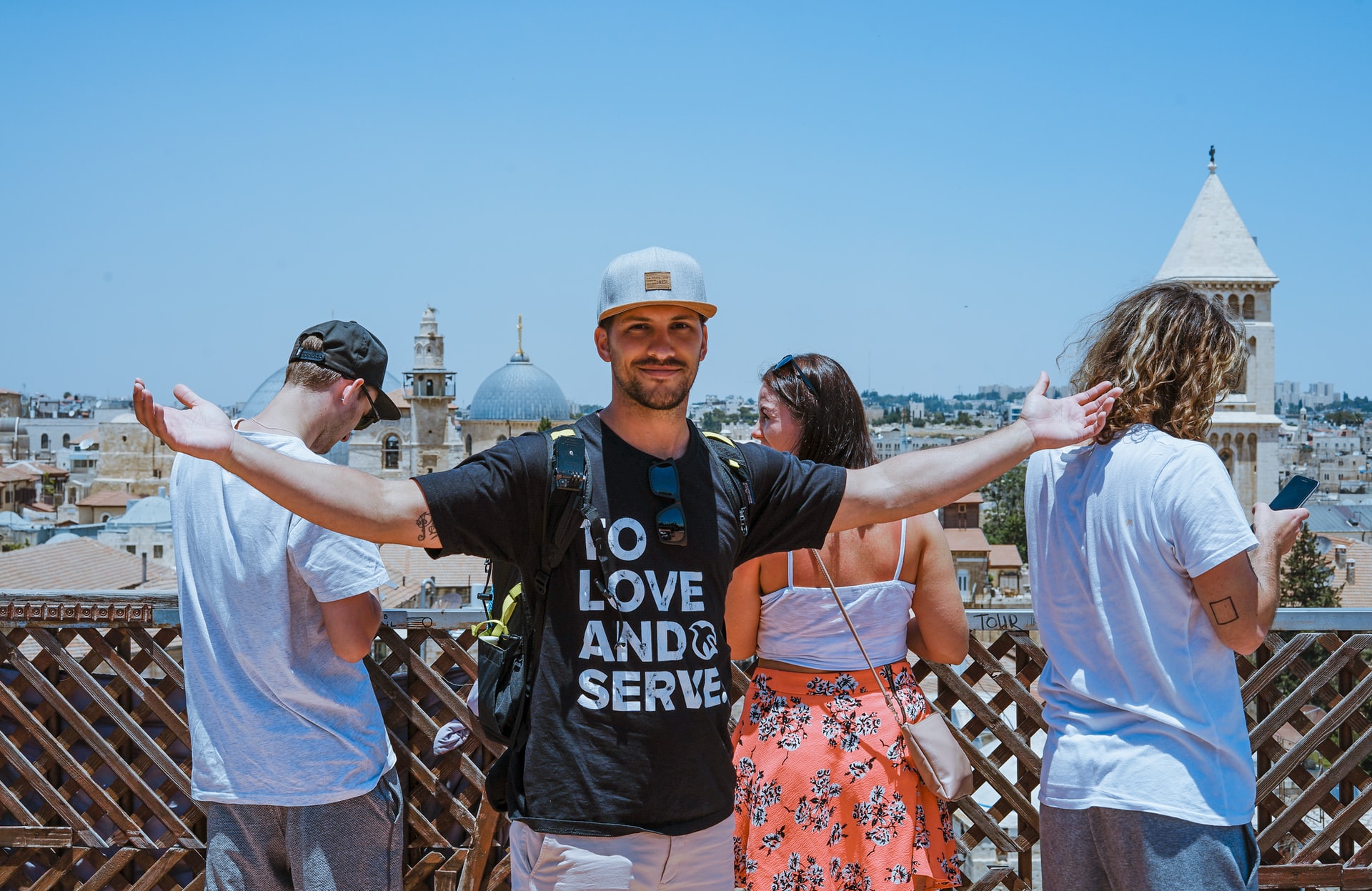 Christians need to go to a different area. The gospel must be told in areas where there are no believers. Jesus said, “The message about repentance and the forgiveness of sins must be preached to all nations” (Luke 24:47). (The word nations here means tribes or groups of people.) The church has a large task. But God has promised us His Holy Spirit. “But when the Holy Spirit comes upon you, you will be filled with power, and you will be witnesses for me” (Acts 1:8).

The early church obeyed by sending out workers. In the church at Antioch, there were some prophets and teachers while they were serving the Lord and fasting, the Holy Spirit said to them, “Set apart Barnabas and Saul, to do the work to which I have called them” (Acts 13:2). They fasted and prayed, placed their hands on them, and sent them off (Acts 13:1-3).

The workers were sent by God and by the church. After the workers returned, they reported to the church. “When they arrived in Antioch, they gathered the people of the church together and told them about all that God had done with them” (Acts 14:27).

The church should support workers sent by the church. It would be sad if workers were sent out and then forgotten. The church must pray for its workers. Paul wrote to the church in Rome, “Join me in praying fervently to God for me” (Romans 15:30). To the church at Colossae, he wrote, “Pray also for us, so that God will give us a good opportunity to preach his message” (Colossians 4:3). Workers who have been sent out are still part of the assembly. We must pray for them.

Paul also thanked the churches for sending him money. (See Romans 15:24, Philippians 2:25, and 4:15.) Workers who are sent out sometimes need money to do the work God has called them to do.