The History of the Church

The History of the Church

In the first lesson, we saw the church from the viewpoint of eternity. God planned the church. At the right time, God revealed His plan. Despite the problems we might have now, God is working in His church. One day, God will finish His plans for the church. Jesus will come to earth again and He will take the church to be with Him in heaven.

Now, we will look at the church from the viewpoint of the earth. When Jesus said, “I will build my church,” He implied “here on the earth.” In this lesson, we will take a very brief look at what happened from Pentecost to the present.

We can learn much from history. It is exciting to see how the church grew. But, as we will see, there were problems along the way, and these problems teach us many lessons. I find church history very interesting. I’m sure you will, too.

The Church is Born

Pentecost was a great Jewish holiday. It was at harvest time. Many people came great distances to be in Jerusalem. On the first Pentecost, after Jesus rose from the dead, his followers gathered in Jerusalem.

The church had a wonderful beginning. There were many new converts (Acts 2:41) and the church grew daily (v. 47). But very soon trouble started. God’s enemies fought His church. The book of Acts records some of the suffering (4:23; 5:17-18).

People told lies about the believers. Some heard part of the message but changed it into something false. The Roman government did not like the Christian groups. Christians were accused of being bad citizens. Many early Christians suffered. Some were tortured, and many were killed. But truth cannot be killed.

The believers were forced to leave their homes; they went to Parthia, Mesopotamia, Egypt, Libya, and even to the capital city, Rome. Everywhere they went, Christians told of what God had done. New groups of believers were started in many places.

The Church is made Legal

Much of the book of Acts tells us how the message spread. It describes the work of Paul and Peter. Many of the books of the New Testament are letters that Paul wrote to the new churches. Finally, there were so many Christians in the Roman Empire that even some of the emperors became Christians!
Emperor Constantine (some 300 years after the birth of Christ) made Christianity legal. Many people joined the church because everyone else was joining. Some did not even know God. They joined the church as people would join a club, without really becoming Christians. Of course, this caused some confusion, because the true church is made up of those who accept Christ.

Despite the confusion, there was at all times a true church, made up of faithful Christians. And it grew rapidly.

With this growth came the need to organize the church so the people could work well together. The widows needed help, so deacons were chosen (Acts 6:1-4). The church had other needs too. It needed to be protected from evil men, and from men who did not teach the truth. The bigger churches needed to help the smaller ones. They needed to be better organized so they could work together in unity.

The Church is Damaged

As time went on, the Christian emperors (rulers) tried to control the church, and the church became involved in politics. Church leaders, called bishops, fought to have power in the big cities. Some people in the church had forgotten its purpose for being.

Some Christians withdrew to get away from sin, which was found both outside and inside the church. They separated themselves from the world and were less spiritual Christians. They entered special communities called monasteries. Monasteries usually had high walls around them to keep the world outside.

Is it good for Christians to live in a monastery? This question is hard to answer. Some good things came from monasteries and some bad. Sometimes monasteries were centers of learning. Sometimes the people from them were the first to take the Christian teaching to a new area. They helped to bring the gospel to Europe about A.D. 500, to England about A.D. 700, and to Scandinavia about A.D. 1000.

But there were also problems. Monastery walls separated people inside from people in need outside. They could not help the world this way. The men and women inside were often more concerned about their souls than those of others. Monasteries sometimes became places of sin, for walls could not keep out sin.

The Church is Reformed

As the years went by, many errors came into the church. Pagan (ungodly) ceremonies replaced the freedom of the Holy Spirit. Pagan religions were changed a little so they appeared to be Christian. Membership in the church organization became more important than a godly life. Baptized people were considered Christians even if they did not live like Christians. Some men tried to call the church back to biblical truth and were rejected. When God sent revival, leaders were often put to death.

But in the early 1500s, a spiritual change began. It started with a man in a monastery named Martin Luther. He had tried to find God. He obeyed the church. He hid from the world. He starved himself, even beating his body. But he could not find God. After several years, he started to study the Bible. There he found his answer. “The person who is put right with God through faith shall live” (Romans 1:17). By faith, Martin Luther was put right with God! His followers, called Protestants, explained their teaching by saying, “Scripture alone, faith alone, grace alone.” By Scripture alone they meant the Bible, not tradition, should be their guide. By faith alone, they meant that people are made right with God by faith. The man could not do something to earn God’s favor. By grace alone, they meant that people were put right with God by what Christ did on the cross. God gives freely to those who believe.

Luther wanted to return to biblical teachings. He also wanted biblical practice. Pagan practices were rejected. Idols were taken out of the churches. Men and women in the monasteries were sent out to work in the world. Protestants rejected or turned away from actions not found in the Bible. The leader of the church in the West rejected this movement. But Luther said, “We must obey the Bible rather than man!”

Protestants soon found they too needed organization. Different kinds of organizations developed because each country had its way of doing things. Some Protestants wanted to keep the system they had known. They wanted a strong leader who told the area leaders what to do. The area leaders, in turn, told others. This is a form of organization with the strong central leadership.

Another form of organization developed in other parts of Europe. This group wanted no authority beyond the local believers. They wanted neither a national leader nor contact with their kings. This form gives more power to each congregation.

Each group tried to find biblical support for its system. They all found some!

The Church is Revived

From the time of Martin Luther’s reformation, new revivals have come to the church. God has raised new movements to teach from the Word truths that were not being taught. I do not have space enough to talk about all of these movements. Let me select just two.

At a time when church problems were great and morals were very low, God called a man to fit the situation. His name was John Wesley. In England, at that time, many people called themselves Christians. They had church membership but they were not true Christians. John Wesley preached that they must experience God. When there was no building to preach in, Wesley preached outside. He reached all classes of people with the gospel. He traveled by horse all over his country. He did more than preach. He wrote books, started schools, and helped those in need. He brought a spiritual change to the nation. There was less crime. Alcoholism disappeared in some areas. Families were strengthened. 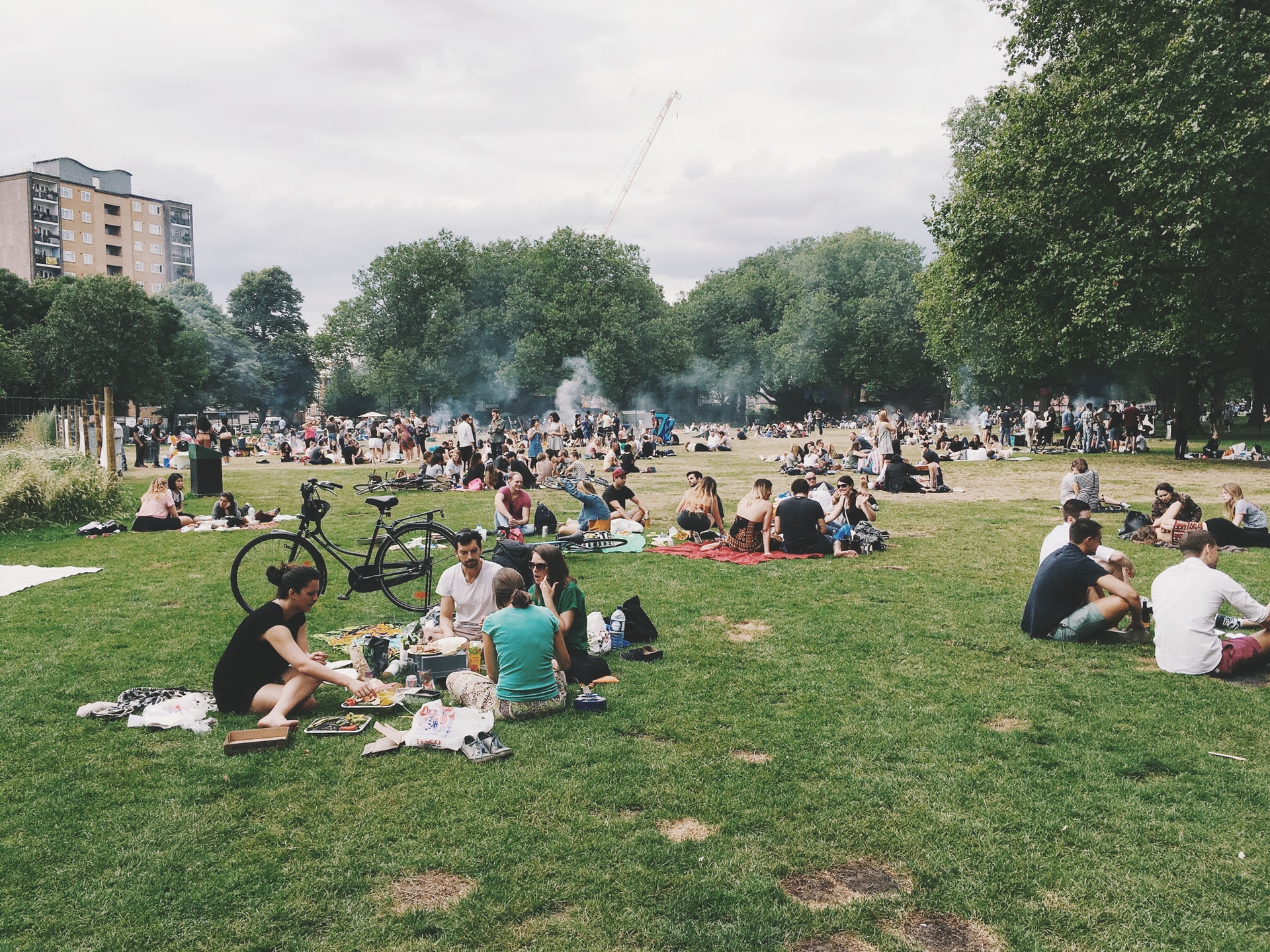 During the nineteenth century, the church sent out many people to preach in new areas. Missionaries from America and Europe established new churches in Africa, Asia, and on the islands of the sea.

At the beginning of the twentieth century, God poured out His Holy Spirit into the church. It happened in many parts of the world at the same time. Many Christians experienced what the first disciples experienced at Pentecost. They received the gifts of the Spirit and the power to witness. This movement is known as the Pentecostal movement. It has now spread around the world.

For the Christian, the guidance does not only come from history but the whole Bible. In the next lesson, we will look at what the Bible says about the church. But before we leave this lesson, let us pray that God will use us to work in His church in our local area.