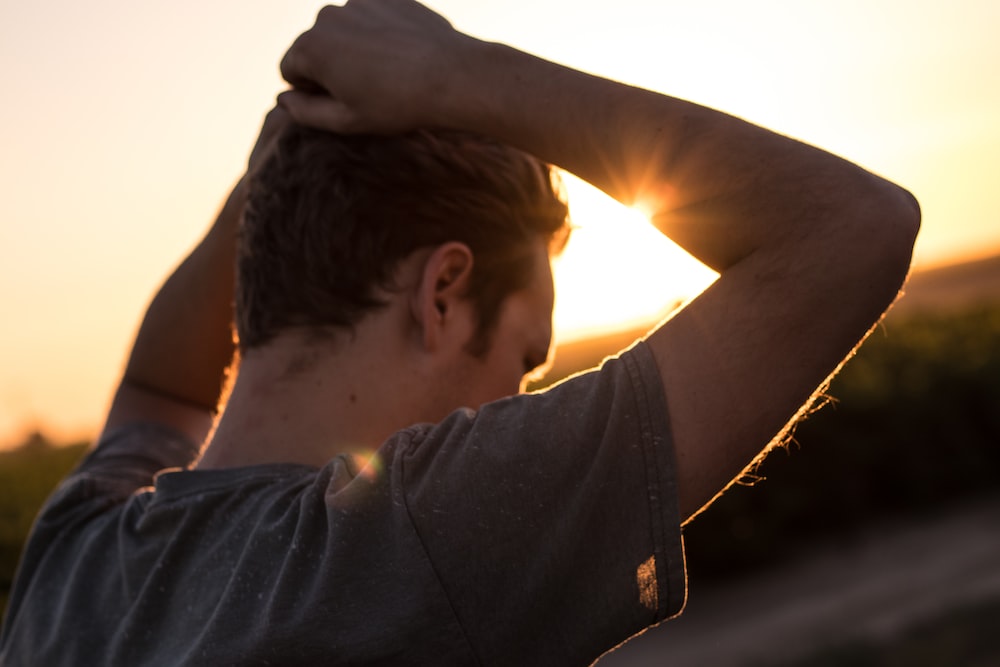 Our text is a great passage on the ultimate triumph of God’s will in the universe and our lives. Our salvation has to do with the universe as well as with us as individuals.

Our world is rocked by earthquakes, pollution, contaminated rivers, drought, and catastrophe. Because of this, there is much suf­fering both in the non-human creation and in humanity. It all started, of course, when Adam fell. God cursed the ground (Genesis 3:17) and people became subject to death (Genesis 3:19). Since that time people and creation have suffered together.

Even though we are sons of God, we often suffer too. This may be difficult for us to under­stand. Frequently, we do not even know how to pray about our problems. The apostle Paul in our text describes our condition. He places suffering in proper perspective. Then, he assures us that the Holy Spirit will help us pray properly.

As I write, the news programs are filled with information about hurricane Dorian. This hurricane has devastated portions of the Bahamas. No doubt many believers, as well as unbelievers, have suffered great losses. We pray for them as well as for all those who are still in the path of the hurricane

Verse 18 of our text is an introduction. It says: “For I consider that the sufferings of this present time are not worthy to be compared with the glory that is to be revealed to us.” We will experience the glory in greater measure in the future. When placed on the scale to­gether, suffering and the coming glory do not even come close to being equal. The glory is far weightier. This cannot be said of the unsaved. For them suffering is not surpassed by hope. This is a significant difference between the saved and the unsaved.

God’s will shall be done about the universe and all of us who live in it. Even so, at times both the creation and people suffer and await deliverance. Paul points out that creation groans, we as believers groan, and the Spirit prays through us with groanings too deep for words.

Today our focus will be on the groanings of creation. All of the creation groans (verse 22), but we are not told how. Nevertheless, we readily think of all the difficulties in creation, such as earthquakes and hurricanes. In verses, 19-22 Paul says several things about creation and its groaning.

First, creation’s hope is bound up with the hope of the sons of God (verses 19 and 21). Creation watches eagerly with an outstretched head. Creation is waiting for the revelation of the sons of God. This will take place on resurrection day. God will glorify the sons of God. From the start of creation was to serve man. Now, since the fall of man, its destiny is tied to the destiny of God’s children.

Second, creation was subjected to futility by God. As someone said, the creature world “was compelled to fail in its divinely intended purpose of glorifying God by perfectly serving-man.” But this was not without hope. Creation shares the same hope that man has when he is saved (verse 20).

Third, Creation will be liberated from its slavery to corruption (verse 21). It will share in the glorious liberty of the children of God. This will not be annihilation, but deliverance. (Revelation 21:1).

Fourth, meanwhile, creation travails in pain. However, like a woman giving birth to a child, the travail leads to birth. God will renovate the creation. Creation will accomplish its original intent. It will serve the sons of God!

A study of the groanings of creation is a huge subject. As believers, we thank God for His creation. In my next “thoughts,” we will discuss the sufferings we endure and our groanings.

The apostle Paul tells us that creation groans, we as believers groan, and the Spirit groans as He prays through us according to the will of God. In my last “thoughts” we discussed the groaning of creation. Today, I will highlight the groaning of believers.

We who are God’s sons groan as well (verse 23). As creation suffers, we suffer. Creation includes our environment. We are a part of God’s handiwork. Many are our problems. We face disappointment, delay, sorrow, and obstacles of all kinds. Problems are physical, spiritual, and economic.

Although acknowledging that we suffer and groan, Paul points us to the hope that is ours. The hope that we have makes our sufferings easier. Paul makes several key points.

Second, we are eagerly awaiting our adoption as sons (verse 23). By adoption, we receive our status as sons. Thus, this is not the first reception of our adoption (Romans 8:15). Rather Paul is referring in verse 23 to the fullness or consummation of it. This will take place in the future.

Third, Paul refers to the “redemption of our bodies.” At the time of the resurrection and the rapture (1 Thessalonians 4:16), our bodies shall be changed (1 Corinthians 15:51-53). Paul says, “For this perishable must put on the imperishable, and this mortal must put on immortality.”

Meanwhile, as Paul says in verses 24-25, we wait with perseverance for the realization of our hope. Our hope is, indeed, a blessed hope! In my next “thoughts” we will consider the Spirit’s groaning and prayers.

Jesus called the Holy Spirit “another Paraclete.” He meant another One like Himself. One meaning of the word Paraclete is “Helper.” In our text, Paul points out that one of the ways that He helps us is by interceding for us.

The Holy Spirit does this with “groanings too deep for words.” Paul may mean the groanings are the Spirit’s. Another possibility is that the Spirit uses our groans to intercede for us. This second option seems best to me. In any case, the am­biguity is an indication of the union of the Spirit of God with ours.

The phrase “too deep for words” can be translated as “inarticulate” or as “unutterable.”

Paul describes the Spirit’s work and our cooperation with Him in verses 26-28. First, Paul says “we do not know how to pray as we should” (verse 26). We face situations when we do not know what is in the best interest of the kingdom of God. To pray according to our will would be to pray amiss.

Second, Paul says “and He [God] who searches the hearts knows what the mind of the Spirit is because He intercedes for the saints according to the will of God” (verse 27).

Even though the Spirit uses our groanings, the prayers are clear to God. No language is necessary for this.

Third, when the Spirit prays, we need not have any fear that we will ask amiss. His will is perfectly tuned to God’s will. Sometimes this will bring immediate deliverance; sometimes it will not. God knows what is best in each instance. Paul reached this conclusion: “All things work together for good to them that love God, to them who are the called according to His purpose” (verse 28).

There is a great deal of suffering in the world today. That suffering affects creation and believers in Christ as well as unbelievers. Creation groans, we groan, and the Spirit unites with us in groaning. Marvelously, the Holy Spirit intercedes for us according to God’s will.

He takes us from foreknowledge to glorification. On the one hand, a theological camp emphasizes the foreknowledge of God. On the other hand, another camp stresses predestination. Other theologians do not attempt to reconcile foreknowledge and predestination. They are content to say that God knows how these elements work together. Although the debate is likely to go on, we can be sure that God will accomplish His purposes.

All of creation will be liberated. Paul says that “creation waits eagerly for the revealing of the sons of God” (verse 19). We as believers will be fully conformed, body and soul, to the image of the Son of God. God will glorify us one day.

Somehow the sufferings that we endure are related to all of this. When we have all of this in perspective, it helps us to endure. It should not, however, make us passive about life. We should not be too fatalistic. The Holy Spirit will help us even now, to overcome many problems. We must learn from Him. He will lead us to do the right thing at the right time.