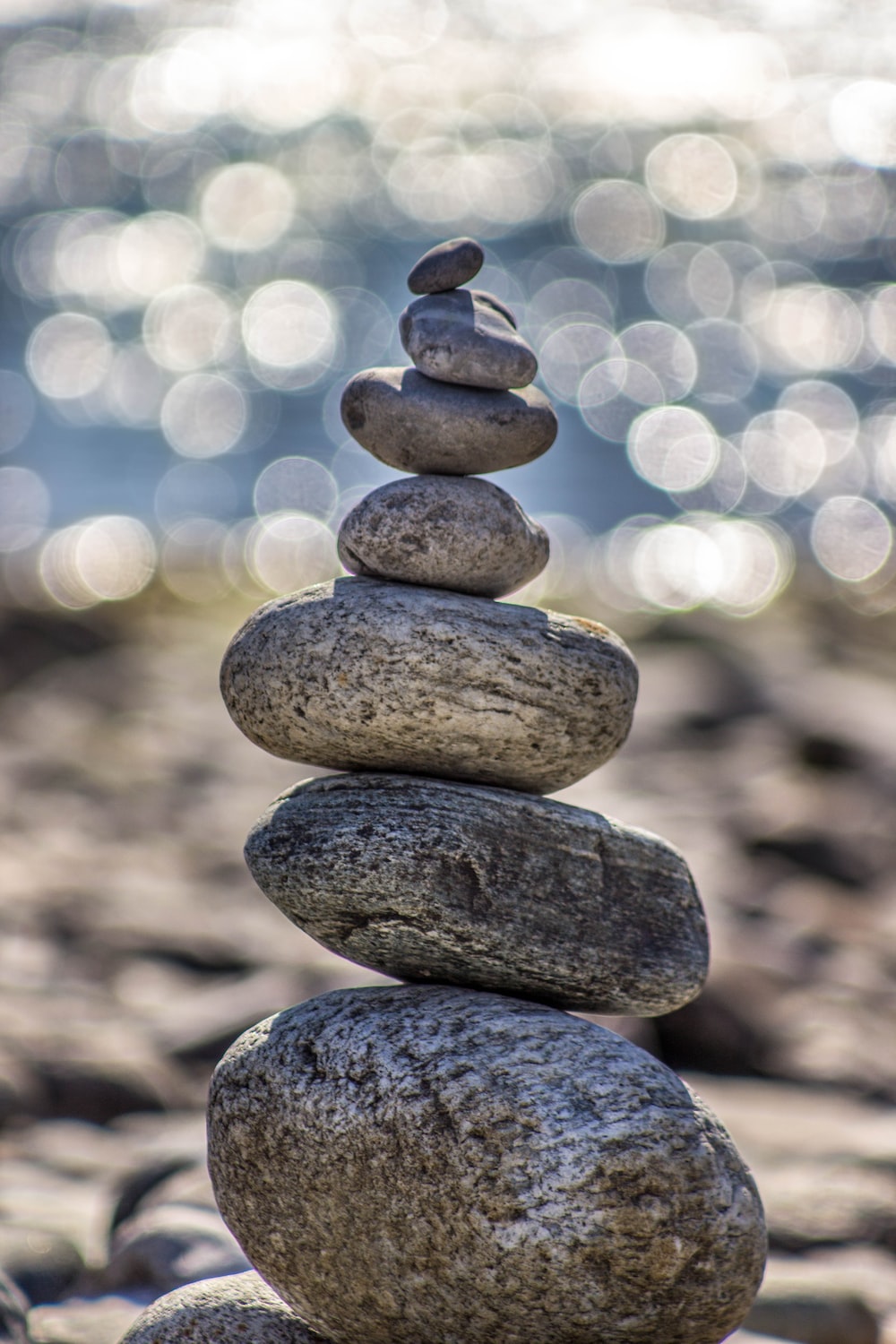 After writing concerning Timothy and Epaphroditus, Paul returns to his admonitions. We will focus today on verses 1-7. Verses 1-7. Paul begins by saying, “Rejoice in the Lord.” It is “in the Lord” that the Philippians will have joy. As the content of this letter unfolds, we see why Paul emphasizes joy.

Having just contrasted life in the flesh with worship in the Spirit of God, Paul goes on to remind the Philippians of his past life. Paul’s opponents would highly regard his past life in the flesh. As far as they are concerned, his old life was filled with stellar heredity and accomplishments. He was even a strong persecutor of the church. However, because he followed Christ, he rejected all this past heredity and achievement. He states: “But whatever things were gain to me, those things I have counted as loss for the sake of Christ” (verse 7).

Multitudes of people have experienced the transforming power of the gospel. All who have preached the gospel through the years can rejoice over those who have been radically transformed. Many were bound by allegiances to forms of religion that have no power to save, but through Christ, they have been set free. When the transformation takes place they put aside their old ways and take on the new. They count their old ways as “loss for the sake of Christ.” As Paul exhorted, let us “rejoice in the Lord.”

Paul has just said that he considers his past life and achievements now considers to be a loss for the sake of Christ. In verses 8-10, he goes further. Now, he counts “all things” to be lost given the “surpassing value” of knowing Jesus Christ. All the things he once valued, he now counts as rubbish so that he might gain Christ.

At this point, Paul speaks about his future. He puts His trust in Christ so “that I may know Him, and the power of His resurrection and the fellowship of His sufferings, being conformed to His death; so that I may attain to the resurrection from the dead” (3:10-11).

Paul already knew Christ, so the phrase “that I may know Him” means to know Him better. Paul wants to experience the “power of His resurrection.” The power of the resurrection has an impact on all aspects of our maturity and service. Moreover, Paul wants to identify with Christ’s suffering and death. Ultimately, he looks forward to “the resurrection from the dead.”

About Paul’s hope for the future, Richard R. Melick states: “Paul longed for the completion of his Christian hope. Someday he would enjoy a complete transformation of character, a newness of body, and a perfect environment. He would live in heaven with his Lord.” This hope lives in the hearts of believers of all ages but is especially relevant to older people.

Today, we will study verses 12-16. Paul considers all things as a loss when compared to the surpassing value of Christ. Christ means everything to him. At the same time, Paul acknowledges that he is still developing. Several points stand out.

First, Paul says “Not that I have already obtained it, or have already become perfect, but I press on so that I may lay hold of that for which also I was laid hold of by Christ Jesus.” In other words, Paul acknowledges that he has not yet obtained full spiritual maturity. This could include his knowledge of Christ as well as his experiential growth. So, Paul presses on toward that goal.

Second, Paul says that he forgets those things that are behind as he reaches forward to what lies ahead. He forgets both his past failures and his past successes. He does not “park” by any of those. Rather, he keeps his attention on Christ and doing His will. However, he does not forget everything in the past. For example, he has just named his past qualifications when he was under the Law. However, he sets aside any attachment to those things and completely holds to his new life in Christ.

Third, Paul states the goal that is before him. He says “I press on toward the goal for the prize of the upward call of God in Christ Jesus” (verse 14). Paul’s goal ultimately includes the resurrection from the dead, but on his journey through life, his goal is spiritual maturity. We have no reason to limit the scope of “the upward call.” It includes our full relationship with Christ.

Paul writes: 15 Let us, therefore, as many as are perfect, have this attitude; and if in anything you have a different attitude, God will reveal that also to you; 16 however, let us keep living by that same standard to which we have attained. 17

Verses 17-21. In these verses, Paul continues to exhort the Philippians to pursue maturity in Christ. They should press on toward the goal of eventually being with Christ in heaven. We will consider several points.

First, Paul says, “Brethren, join in following my example and observe those who walk according to the pattern you have in us” (verse 17). This exhortation to follow his example reminds us of 1 Corinthians 11:1 where Paul says, “Be imitators of me, just as I also am of Christ.” In addition, the Philippians should observe those who are following Paul’s example. The life of Christ is the ultimate example for Paul and the Philippians.

Second, Paul says, “18 For many walk, of whom I often told you, and now tell you even weeping, that they are enemies of the cross of Christ, 19 whose end is destruction, whose god is their appetite, and whose glory is in their shame, who set their minds on earthly things” (verses 18-19). Some of these people, no doubt, we’re pretending to be followers of Christ, but their lives shouted otherwise. They were enemies of the cross.

Third, Paul writes: “For our citizenship is in heaven, from which also we eagerly wait for a Savior, the Lord Jesus Christ” (verse 20). True saints of God, whose lives are shaped by the example of Christ and His servants have their citizenship in heaven. This does not mean, of course, that they are not citizens of a country on earth. It does mean that their heavenly citizenship has priority and surpassing value. Given their citizenship, the saints eagerly await the return of Christ, their Savior.

Fourth, Paul speaks in verse 21 about the transformation of our earthly body into conformity with the body of His glory. This transformation was extremely important in Paul’s thinking. In my next “thoughts” I will discuss this further. Those of you who read this post may want to give some thought concerning what the Bible says about the nature of our future bodies.

In Paul’s letter to the Philippians, he stresses the goals of spiritual maturity and of ultimately being with Christ. A major step toward the ultimate goal is our death and the transformation of our bodies. Naturally, we have a strong interest in knowing what our bodies will be like when we will be in heaven.

About the second point, our bodies will be like Christ’s body. The apostle John makes a similar point when he says, “Beloved, now we are children of God, and it has not appeared as yet what we shall be. We know that, when He [Christ] appears, we shall be like Him, because we shall see Him just as He is” (1 John 3:2 NAS). Although we will not reach the perfection of Christ, we will be like Him in spiritual maturity and concerning our bodies.

Given this information, we can gain some knowledge about our future bodies by observing the body of Christ in His appearances between His resurrection and His public ascension. In my next thoughts, we will consider further what the Word reveals about His body.

The apostle Paul tells us that our bodies will be transformed into bodies that conform with Christ’s body of glory. John says that we shall be like him. To have a body like His glorified body does not mean being exactly like His in every detail. Christ is God and will always have capacities far beyond ours. However, it does mean that our future bodies will be similar in many ways to His. We will have bodies suitable to live with Him in eternity.

Today, however, I will discuss the characteristics of His body on the night after His Resurrection, Sunday night. Jesus appeared at supper with His disciples on Resurrection Sunday night. The texts for this appearance are John 20:19-23 and Luke 24:36-43. In my view, these two passages both refer to the event that took place on the evening of the day he arose from the dead.

First, Jesus had capacities beyond human abilities. The disciples were meeting behind closed doors when Jesus appeared in their midst (John 20:19). For us, this would be a supernatural happening. Although we do not know all the capacities that we will have, I would not be surprised to learn that we will have abilities far beyond what we have now.

Second, Jesus demonstrated body parts and functions that seem to be quite human. He showed the disciples His hands, His side, and His feet. After he spoke with them, he breathed on them. Among other things, He said to them: “See my hands and my feet, that it is I, touch Me and see, for a spirit does not have flesh and bones as you see that I have” (Luke 24:39). After he said this, the disciples gave Him a piece of broiled fish and He ate it.

In my next “thoughts” I will continue our discussion of these characteristics. Your thoughts on this subject are welcome!

As we have discussed, Paul says that we will have bodies in heaven that conform with Christ’s body. Given that information, we have observed what His body was like from the resurrection of Christ until His public ascension. To be complete, we would need to consider what His body will be like when He returns. Whether or not it will be different than on the day of His resurrection is an issue to discuss.

According to John, we shall be like Jesus when He returns. He writes: “Beloved, now we are children of God, and it has not appeared as yet what we shall be. We know that, when He [Christ] appears, we shall be like Him, because we shall see Him just as He is” (1 John 3:2 NAS).

Beyond this, the New Testament is not explicit about what our bodies will be like. However, we do know that our bodies will be suited for life in heaven. A transformation of our bodies as they are now will be necessary. It is this hope that Paul keeps before him. It is a hope that inspires us to keep pressing on toward spiritual maturity and the goal of life with Christ.