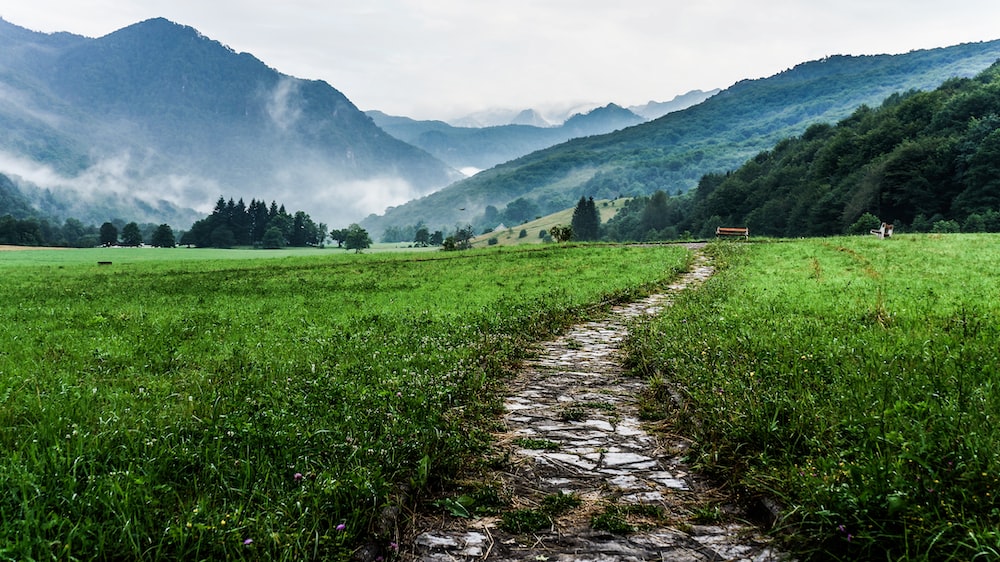 NAS Matthew 3:16 And after being baptized, Jesus went up immediately from the water; and behold, the heavens were opened, and he saw the Spirit of God descending as a dove, and coming upon Him, 17 and behold, a voice out of the heavens, saying, “This is My beloved Son, in whom I am well-pleased.” (Matt. 3:16 NAS)

NAS John 1:33 “And I did not recognize Him, but He who sent me to baptize in water said to me, ‘He upon whom you see the Spirit descending and remaining upon Him, this is the one who baptizes in the Holy Spirit.’ 34 “And I have seen, and have borne witness that this is the Son of God.” (Jn. 1:33 NAS)

We have been discussing paths to faith in Christ. The paths that we have considered include reason, revelation, and obedience. Another path to faith is to recognize that the works of Christ demonstrate who He is.

Some of the great heroes of the faith in the Bible had their moments of testing and even doubt. However, we may be a bit surprised when we find John the Baptist among them.
He was the forerunner of Christ, the Messiah. Luke tells us the story in Luke 7:18-23.

Earlier in his ministry, John the Baptist recognized that Jesus was the Son of God. When John saw Jesus approaching to be baptized, he said “Behold, the Lamb of God who takes away the sin of the world” (John 1:29). During the same event, John said, “And I have seen, and have borne witness that this is the Son of God” (John 1:33).

After being baptized, when Jesus came up out of the water, the Holy Spirit descended upon Him in the form of a dove. A voice out of heaven said, “You are my beloved Son, in you I am well-pleased” (Luke 3:22).

At this time, John was strong in his conviction that Jesus was the Messiah. Yet there came a time when he seemed to be uncertain, perhaps even doubted, whether or not Jesus was the Messiah. Near the end of his ministry, John the Baptist was in prison. He called two of his disciples and sent them to Jesus saying, “Are You the Expected One, or do we look for someone else?” (Luke 3:19) The “expected One” is a title that refers to the Messiah. Luke does not tell us why John was asking this question, but it appears that he was unsure about the very truth that he had so strongly proclaimed.

In my next “thoughts” we will examine further John the Baptist’s battle with uncertainty or doubt during this time of great stress or trial. We will also see what Jesus said about the strength of his faith. We will see how Christ’s works strengthened his faith and will strengthen ours.

John the Baptist was in prison. He sent two of his disciples to Jesus with the question, “Are You the Expected One, or do we look for someone else” (Luke 3:19). This question causes us to wonder what was troubling John.

The fact that John the Baptist sent his disciples to Jesus lets us know that He was not doubting the Scriptures. Neither had he lost confidence in Jesus, but He seems to be uncertain about whether or not Jesus was the Messiah. The “Expected One” was a title for the Messiah. This was the very truth that he had so ardently proclaimed.

The Bible does not say why John was uncertain, but we can think of several possible causes. First, he was in prison. This was physically and psychologically hard. He was an outdoors kind of person. He was used to roaming the wilds, drinking from fresh streams, and sleeping under the stars. Now, he was in a depressing dungeon.

Second, John had said concerning Jesus, “He must increase, but I must decrease” (John 3:30). John could not have known, however, that he would decrease down to a prison cell. Perhaps this affected his thinking.

Third, Jesus, in His first sermon at Nazareth, had quoted Isaiah, declaring that He had come to “proclaim release to the captives” (Luke 4:18). However, John, the forerunner of the Messiah, was still a captive in prison.

Fourth, it is possible that John did not fully understand the ministry of Jesus. John had spoken about Christ’s ministry of salvation (Luke 3:6) and he had heard Jesus say that He would “bind up the brokenhearted” (Isaiah 61:1). However, John himself (Luke 3:9) had preached more about judgment.

Fifth, it is possible, also, that John may have expected that Jesus would institute a universal temporal kingdom. When he was in prison, this would not have seemed to be what was happening. Indeed, it is not going to happen until Christ returns.

Although we cannot know for sure why John was uncertain, we can learn from his situation. In my next “thoughts” we will talk about what we can learn and what Jesus said.

Concerning Jesus’ answer, Luke writes: “21 at that very time He cured many people of diseases and afflictions and evil spirits; and He granted sight to many who were blind. 22 And He answered and said to them, “Go and report to John what you have seen and heard: the blind receive sight, the lame walk, the lepers are cleansed, and the deaf hear, the dead are raised up, the poor have the gospel preached to them. 23 “And blessed is he who keeps from stumbling over me” (Luke 7:19).

The clear implication of Jesus’ answer is that John the Baptist should believe in Jesus as the Messiah because of His works. John the Baptist had already heard about Christ’s works (Matthew 11:2), but He wanted John to be reassured. The apostle John makes this implication quite explicit. He records Jesus as saying, “Believe Me that I am in the Father and the Father is in Me; otherwise believe because of the works themselves” (John 14:11).

The report that Jesus sent back to John was one of great victory. The Bible does not tell us how John reacted to this report. I believe that he responded with faith. After telling John’s disciples to deliver His comments, Jesus spoke about the greatness of John the Baptist. However, Jesus did not deliver John from prison. Instead, John was beheaded.

As believers, we have all experienced the care and sustenance of Christ, but it may be that things are not working out right now as we had hoped. Perhaps we have prayed to be healed, but we are not at this time. Ultimately, in the life to come, we will all be made perfectly and permanently whole, but we are not experiencing this at the moment. We continue to trust in Jesus and know that our future is totally in His hands.

When John the Baptist was in prison, he became somewhat uncertain about Christ being the Messiah. He still had faith in Jesus, but wondered whether or not Christ was the “Expected One.” Jesus answered by pointing John to His many miraculous works.

Then Jesus gave His evaluation of John. Jesus did not judge him severely. Rather, He pointed to John’s courage, steadfastness, and greatness. Jesus held this position in spite of the fact that John had a question about His identity. In Luke 7:24-28 we read:

“And when the messengers of John had left, He began to speak to the multitudes about John, ‘What did you go out into the wilderness to look at? A reed shaken by the wind? 25 “But what did you go out to see? A man dressed in soft clothing? Behold, those who are splendidly clothed and live in luxury are found in royal palaces. 26 But what did you go out to see? A prophet? Yes, I say to you, and one who is more than a prophet. 27 This is the one about whom it is written, “Behold, I send my messenger before your face, who will prepare your way before you.” 28 I say to you, among those born of women, there is no one greater than John, yet he who is least in the kingdom of God is greater than he’”

As Jesus pointed out, John was a prophet with strong convictions. He was not easily tossed about by various opinions. He was a man of the outdoors who lived a rugged life. Beyond all this, John was special in the sense that he was the forerunner of Jesus. He prepared the way for the Messiah.

This entire passage about Jesus and John the Baptist is a great encouragement to all of us. The approach Jesus took to the uncertainty of John was in every way gracious. It’s wonderful to know that even when we perhaps falter in our faith the Holy Spirit will help us overcome.

More Thoughts about Paths to Faith

John the Baptist wanted to be reassured that Jesus was the Messiah. He sent two of his disciples to Jesus to present his question. Jesus answered by pointing John to His works. Then, Jesus declared: “I say to you, among those born of women, there is no one greater than John, yet he who is least in the kingdom of God is greater than he” (Luke 7:28).

John the Baptist was himself an object of Old Testament prophecy, but how are the disciples of Jesus greater than John? John was a part of the kingdom of God in the sense of salvation, but he did not serve directly under Jesus. He did not get to personally witness all the results of Jesus’ ministry, and he did not hear all that Jesus said. Thus, the disciples with Jesus had a far greater privilege (Luke 10:23-24; Matthew 13:16-17). The ministry of Jesus was so much greater than even His disciples were greater than John. Jesus imparted to them a fuller understanding of the gospel.

In a sense, the gospel began with John (Acts 1:21-22), but the focus of attention is on Jesus. This focus is on the things that Jesus did “after” the baptism which John proclaimed (Acts 10:37). Concerning their ministries, John said, “He must increase, but I must decrease (John 3:30). Jesus has a far greater revelation of the gospel, having the Spirit without measure (John 3:34).

About how all this applies to us, we might want to ponder what Jesus said in John 14:11-12: “Believe Me that I am in the Father and the Father is in Me; otherwise believe because of the works themselves. Truly, truly, I say to you, he who believes in Me, the works that I do, he will do also, and greater works than these he will do; because I go to the Father.”