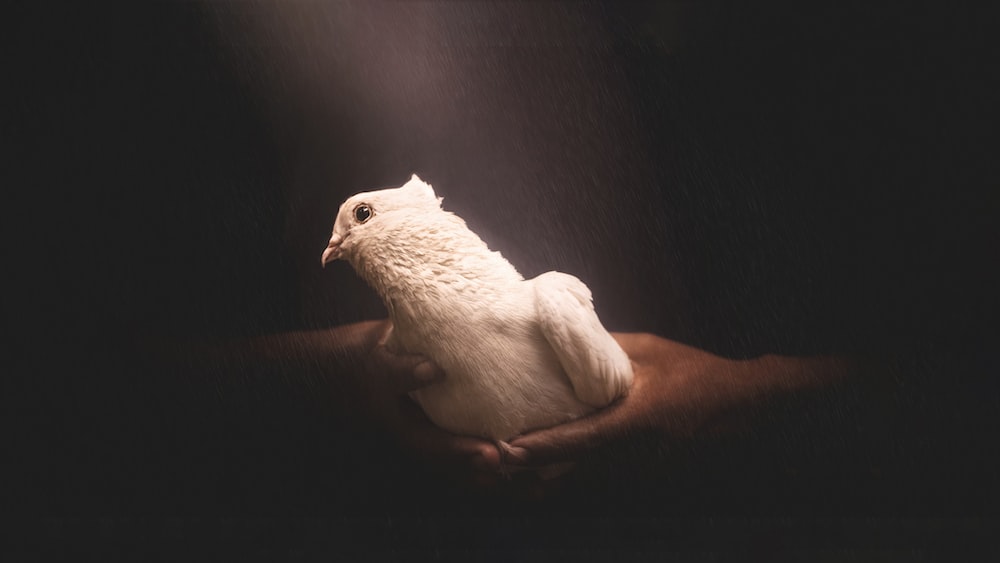 Why was Jesus baptized by John the Baptist? Jesus told us why (Mt. 3:15). He declared that “it is fitting for us to fulfill all righteousness.” We note that Jesus said, “for us.” Thus, John had a part in fulfilling righteousness on this day. Together Jesus and John fulfilled righteousness. John was the baptizer, and Jesus was the baptized. In my next “thoughts,” we will focus on His words and what they mean to us.

Today, to understand His words better, we will think briefly about the context of what He said. John the Baptist was the forerunner of Christ. According to his father, Zacharias, John would go before the Lord (Luke 1:77) “to give His people the knowledge of salvation.” When John grew up, this prophecy would be fulfilled in his ministry.

Matthew reports on the ministry of John the Baptist in the wilderness of Judea on the bank of the Jordan River. Like the prophets before him, John preached a message of repentance. This message had been needed throughout history, but something new was about to take place. Jesus, the Son of God was about to begin His ministry.

John proclaimed (Mt. 3:2), “Repent, for the kingdom of heaven is at hand.” (NAS) When Jesus came to earth, the kingdom of God was present in a new way. The presence of the kingdom, in the person of Christ, made it even more urgent to repent.

John the Baptist was not only preaching, he was baptized as well. The people were coming from Jerusalem and all of Judea to confess their sins and be baptized by John in the Jordan River. When the Pharisees and Sadducees came to his baptismal meeting, he rebuked them for their wickedness.

Then John declared (Mt. 3:11) “I baptize you with water for repentance.” Mark (1:4) calls John’s baptism “a baptism of repentance for the forgiveness of sins.” Through John’s baptism, people publicly acknowledged their sins, their repentance, and their reception of forgiveness.

While John was speaking, Jesus arrived on the scene. Jesus came to the Jordan River to be baptized by John the Baptist. John was taken back by this and tried to prevent Jesus from being baptized. John spoke humbly about his own need to be baptized by Jesus. He felt out of place as the baptizer of Jesus.

Jesus was sinless. He did not need to repent, confess, and receive forgiveness of sins. However, Jesus came to seek and save the lost. Why was He baptized? The answer lies in the fact that He wanted to identify with this baptism in several ways. We will deal with these ways in our next “thoughts.”

We are studying the question “Why Was Jesus Baptized.” The overarching reply is that through His baptism John and Jesus fulfilled all righteousness. To do this, Jesus identified with John the Baptist and the Word of God, with God’s righteousness, with His mission, and with us as sinful people. Today, we will consider the fact that Jesus identified with John the Baptist.

John the Baptist was the bridge between the Old Testament and the New Testament. He was the last of the Old Testament prophets, yet in a special sense the first of the New Testament. Luke says, “The Law and the Prophets were proclaimed until John; since then the gospel of the kingdom of God is preached.” (Luke 16:16). In a sense the gospel began with John (Acts 1:21-22), but the focus of the transition is on Jesus. The focus is on the things that Jesus did “after” the baptism, which John proclaimed (Acts 10:37).

The Pharisees and Sadducees came out to see John. They represented the most revered religious traditions of Jewish society. Even though they were coming for baptism, John the Baptist, recognizing their hypocrisy, said (Matthew 3:7-8), “You brood of vipers, who warned you to flee from the wrath to come? Therefore bring forth fruit in keeping with repentance.

Many voices, including religious voices, are calling for your allegiance. As believers in Christ, we submit ourselves to the Word of God. The entire history of salvation is contained in the Word. This is our anchor.

Later, Jesus would die vicariously for us. He died for our sins. He took upon Himself the sins of the world. Because of this, we are made righteousness in the eyes of God. The apostle Paul declared (2 Corinthians 5:21) “He made Him who knew no sin [to be] sin on our behalf, that we might become the righteousness of God in Him.” We are righteous because we are in Christ!

What must we do? As redeemed believers, we should identify with righteousness. We should acknowledge that God is holy, just, and righteous. Outside of Christ, we can never be righteous, but in Him, we are righteous. We should not have a legalistic attitude, but we should recognize what Godliness means and live in harmony with what Christ has done for us.

John the Baptist set the stage for Jesus. John the Baptist was the forerunner. He knew that Christ was the Son of God. He must be subordinate to Him. Jesus would soon announce His mission and identify with God’s purpose for His life. Others would soon know who He was and why He was here. Jesus not only preached salvation, but salvation would come through Him. His mission was to bring victory to the world over sin and death.

As for us, we must be grateful for the mission of Christ. Because of His mission, we have salvation. Our lives are abundantly blessed. He has made it all possible. In addition, we must join Him in the mission. Jesus has commissioned us to be a part of the mission. At times things may look discouraging, but the ultimate victory is ours. Jesus is the King of Kings and Lord of Lords.

John the Baptist knew that men were sinful. He knew that all men need a Savior. This message is crystal clear in the Bible. His message was strong. He powerfully persuaded men to repent and be baptized. Moreover, he yielded to the request of Jesus to permit His baptism.

Jesus was without sin, but He wanted to stand alongside us in the story of redemption.

His baptism was an instance of how He would fulfill all righteousness. He was not a sinner, but he wanted to identify with us as sinful men. At Jordan, He stood alongside us in solidarity with us.

Throughout his life and ministry, Jesus identified with man. At one point (Mk. 2:16), He identified with a man by eating with tax-collectors and sinners. Moreover, Jesus was tempted in all points as we are. He walked the earth. He understood having no place to lay His head. He knew what it was like to be mocked and tested. He understood what was in man.

Because Jesus identified with us, we can come to Him in confidence. We can repent of our sins, believe in Him, and be assured of His forgiveness. Jesus will lift us from sorrow and suffering. Our new life will begin. As believers, we can continue to rest in Him. He identifies with all aspects of our lives. He knows our joys and our sorrows. He is not surprised by any difficulty. He will walk with us step-by-step. Let us express our gratitude to Him today.