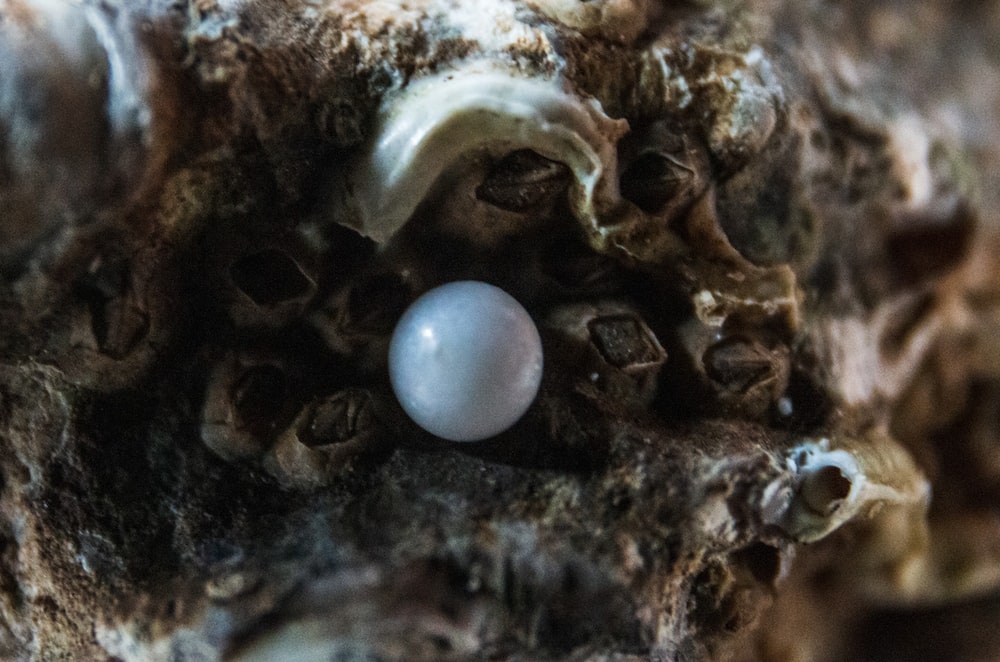 We often talk about values. Most people are concerned about economic and commercial values. Using the word in another way, many people talk about family values. Each day we live, we make decisions that are an expression of our values. The quality of our lives is very much impacted by those decisions. In the parable in our text, Jesus used a pearl to teach a great truth about values.

With a bit of research, I learned the following information about pearls. Pearls are organic gems, created when an oyster covers a foreign object with beautiful layers of nacre. Long ago, pearls were important financial assets, comparable in price to real estate, as thousands of oysters had to be searched for only one pearl. They were rare because they were created only by chance.

With this as a background, we will focus our attention on this parable and learn about values from it. I will talk with you about (1) our search for values, (2) the valuable kingdom, and (3) our investment in the kingdom. The highlight of this parable is the pearl of great value.

45 “Again, the kingdom of heaven is like a merchant seeking fine pearls,

46 and upon finding one pearl of great value, he went and sold all that he had and bought it.” NASU

Jesus told the parable of the pearl of great value. We will begin our study of this parable by considering our search for values.

The merchant in the parable was seeking fine pearls. When he found the pearl of great value, he sold all that he had and bought it. This was a materialistic search.

Millions of people are searching for “fine pearls.” They seek after things that they believe will enrich their lives. People may seek the highest level of personal income they can find. They may seek a new car, a new home, better clothing, household items, furniture, a valuable watch, increased sales, greater market share, and many other things. All these things are not necessarily bad. It is a question of what has the highest value for us. Ultimately, it is a question of priority.

Although material things may be important to people everywhere, many people also have a strong spiritual interest. You see this in the streets, in the news media, and the marketplace. However, many people define spirituality without any reference to God. They define spirituality in such terms as a calmness in my life, something to put your heart into, living positively, a state of mind, and so on.

Jesus points us to a search for true spiritual values. We must put Him and the kingdom of heaven first. At the heart of much of what Jesus taught is a paradox. Earlier in Matthew, He said (6:33): “But seek first His kingdom and His righteousness, and all these things shall be added to you.” When we put Christ first, we gain in all aspects of our lives. This sets our priority. It shows us what has ultimate value. No matter what our ambitions and desires, His kingdom and His way are supreme.

The ultimate answer lies in Christ. The kingdom of heaven, with all of its promise, is here with us because of Christ. Yet, we know that through Christ, there is a future fulfillment. The Holy Spirit breaks in upon us and manifests the future power of the Kingdom in our lives today. We must simply cast ourselves upon Him and trust His divine working in our lives.

The merchant in Christ’s parable knew the value of pearls. People who buy and sell jewels know what is genuine and what is spurious. They can take a look at a given jewel and tell what its market value is. If they could not, they would quickly become bankrupt.

When buyers find a valuable jewel, they often invest in it. They temporarily use funds in the investment, but the purpose is to obtain the return. Some risk is involved. They might make a wrong judgment. It is possible, even with their expert knowledge, that they can be wrong. Few, if any, investments are without risk.

However, our investment in the kingdom of heaven is without risk. We may not get the return as soon as we would like, but the long-term result is guaranteed. Many times, when we talk about the kingdom of heaven, we talk about sacrifice. Some disciples are indeed required to give up houses and land, family, and friends. To some extent, we can call this sacrifice. However, it is a sacrifice only in the short run. In the long run, it is an investment.

When you read the gospels, you will find that when Jesus appealed to forgiving, He emphasized the principle of investment. The return is fantastic. Jesus promised us 100 fold. One fold is 100%. One hundredfold is 10,000 percent! The return should not be surprising. Our God will not be in debt to us. He will supply all our needs. And what we may lack here in this life, He has all eternity to supply. Our returns, of course, go far beyond finance. Our lives are enriched in a multitude of ways. The greatest reward is simply the harvest of souls won through our investment in His kingdom.

Our faith in Christ and our discipleship take us down a paradoxical path. Our total commitment to Him engages us in His abundant life. Jesus walks with us every step of the way and pours out His blessings on us. Because of Him, the kingdom of heaven is the pearl of great price. We are truly thankful for Him!

Recently, I read a beautiful story that says exactly what I want to say today. Unfortunately, I do not know the author. If you have heard the story, I know you will appreciate hearing it again.

Value of the Son Source Unknown

“Years ago, there was a very wealthy man who, with his devoted young son, shared a passion for art collecting. Together they traveled around the world, adding only the fin­est art treasures to their collection. Priceless works by Pi­casso, Van Gogh, Monet, and many others adorned the walls of the family estate.

The widowed elder man looked on with satisfaction as his only child became an experienced art collector. The son’s trained eye and sharp business mind caused his fa­ther to beam with pride as they dealt with art collectors around the world.

As winter approached, war engulfed the nation, and the young man left to serve his country. After only a few short weeks, his father received a telegram. His beloved son was missing in action. The art collector anxiously awaited more news, fearing he would never see his son again. Within days, his fears were confirmed, the young man had been killed while rushing a fellow soldier to a medic.

Distraught and lonely, the old man faced the upcoming Christmas holidays with anguish and sadness. The joy of the season, that he and his son had so looked forward to, would visit his house no longer.

On Christmas morning, a knock on the door awakened the depressed old man. As he walked to the door, the mas­terpieces of art on the walls only reminded him that his son was not coming home. As he opened the door, he was greeted by a soldier with a large package in his hands.

He introduced himself to the man by saying, “I was a friend of your son. I was the one he was rescuing when he died. May I come in for a few moments? I have something to show you.”

As the two began to talk, the soldier told of how the man’s son had told everyone of his, not to mention his fa­ther’s, love of fine art. “I am an artist,” said the soldier, “and I want to give you this.”

As the old man unwrapped the package, the paper gave way to reveal a portrait of the man’s son. Though the world would never consider it the work of a genius, the painting featured the young man’s face in striking detail. Overcome with emotion, the old man thanked the soldier, proposing to hang the picture above the fireplace. A few hours later, af­ter the soldier had departed, the old man set about his task.

True to his word, the painting went above the fireplace, pushing aside thousands of dollars worth of art. His task completed, the old man sat in his chair and spent Christ­mas gazing at the gift he had been given.

During the days and weeks that followed, the man real­ized that even though his son was no longer with him, the boy’s life would live on because of those he had touched.

He would soon learn that his son had rescued dozens of wounded soldiers before a bullet stilled his caring heart. As the stories of his son’s gallantry continued to reach him, fatherly pride and satisfaction began to ease his grief. The painting of his son soon became his most prized posses­sion, far eclipsing any interest in the pieces for which mu­seums around the world clamored. He told his neighbors it was the greatest gift he had ever received.

The man passed away, and the day soon arrived and art collectors from around the world gathered to bid on some of the world’s most spectacular paintings. Dreams would be fulfilled this day; greatness would be achieved as many would claim, “I have the greatest collection.”

The auction began with a painting that was not on any museum’s list. It was the painting of the man’s son. The auctioneer asked for an opening bid, but the room was si­lent. “Who will open the bidding with $100,” he asked. Min­utes passed, and no one spoke. From the back of the room came a voice, “Who cares about that painting? It’s just a picture of his son.” “Let’s forget about it and move on to the good stuff,” more voices echoed in agreement. “No, we have to sell this one first,” replied the auctioneer. “Now, who will take the son?” Finally, a neighbor of the old man spoke. “Will you take ten dollars for the painting?”

That’s all I have. I knew the boy, so I’d like to have it.” “I have ten dollars. Will anyone go higher?” called the auctioneer. After more silence, the auctioneer said, “Going once, going twice . . . gone.” The gavel fell. Cheers filled the room and someone exclaimed, “Now we can get on with it and we can bid on the real treasures!”

Yet, the auctioneer looked at the audience and an­nounced … that the auction was over. Stunned disbelief quieted the room. Someone spoke up and asked, “What do you mean, it’s over? We didn’t come here for a picture of some old guy’s son. What about all of these paintings? There are millions of dollars worth of art here! I demand that you explain what is going on!”

The auctioneer replied, “It’s very simple. According to the will of the father, whoever takes the son . . . gets it all.” The heavenly Father, who saw his Son go away and give his life rescuing others, has likewise willed: Whoever takes the Son will get it all.”