In this series, Dr. Steve Phifer takes what we have learned about worship and details how to apply these factors to the planning and execution of actual worship service.

Be prepared and be flexible. Have a plan, and know how to modify it as the Holy Spirit Leads.

Music is designed by the Lord to flow. There are certain ways it will flow and other ways it simply will not. To illustrate let me recall an incident from the second or third grade. A taxidermist visited our class with a small, stuffed animal, a raccoon I think, on a wooden stand. The teacher walked 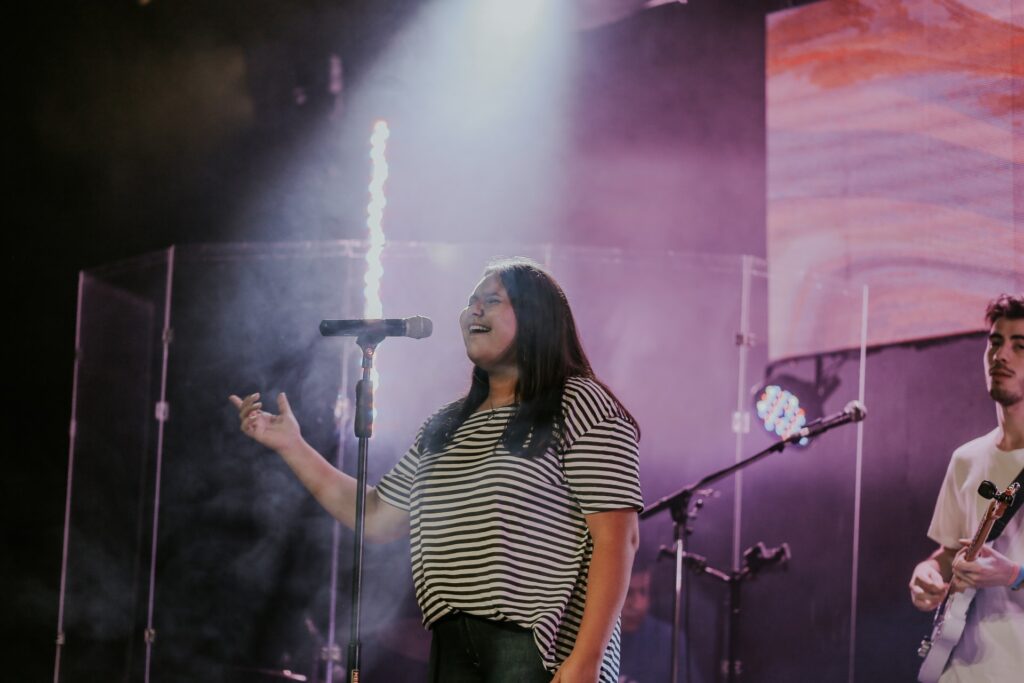 carefully down each isle letting each one of us touch it. When it was my turn, I stroked it from the back toward the head. The fur did not grow that way so all I did was disturb the work of the craftsman, making the smooth hairs stand up in awkward clumps along the path of my hand. The teacher corrected me, “Steve, the hair didn’t grow that way. Stroke it the way it grows!” I suppose it embarrassed me enough that I have never forgotten that moment, but in latter years I remember it with a musical application. Sometimes worship leaders do not understand the way music flows, and they try to make it flow backwards. Their praise and worship times end up being a series of awkward clumps, like that raccoon’s fur after I finished with it. To avoid this, let’s look at the way music is designed to flow.

The flow of tonality involves the relationship between keys.

The worship leader cannot just simply put down songs without reference to their keys because music does not jump around from any key to any key. The major keys are related to each other by the interval of a fifth. The key of C is the fifth of the key of F, so it is quite natural to flow from C to F between songs. When planning a worship series and I am in one key searching for the next song, I search two lists, the one for the key I am in, and the one for the key up one fourth (called the subdominant). Adjacent keys (up 1/2 step, up 1 step) are also easy to move up to by playing the five (the dominant) of the new key. The important thing to remember is that keys flow upward, not downward. One can easily do a song once in Eb and then in F, but to do it the other way around is awkward does not flow. Based on these observations I use three modulations: up 1/2 step, up one step, and up one fourth. These three modulations simplify things for our musicians; they know the modulation chord is always the five of the new key.

Once a minor tonality is established it is best to stay in that mode for a while. When it is time to leave, the options are to go directly to the parallel major (F minor to F major) or to go to the relative major (G minor to Bb major).

Once a tempo is established, it is best to stay with it until you are ready to go to another tempo for another set of songs. It is distracting to change tempos on every song. Here is a common plan: fast tempo (several songs) / medium tempo (one or two songs) / slow tempo (several songs). Song sequences should not always start fast, move to medium tempo, and finish with slow songs. The models should free us from such rigid thinking. For instance, if we want to scale Mt. Zion to worship at David’s tabernacle, we may begin our ascent with slower songs, build to the medium tempo songs, then the fast songs, and finish with songs in a majestic tempo. There are many ways songs can flow together in various tempos. 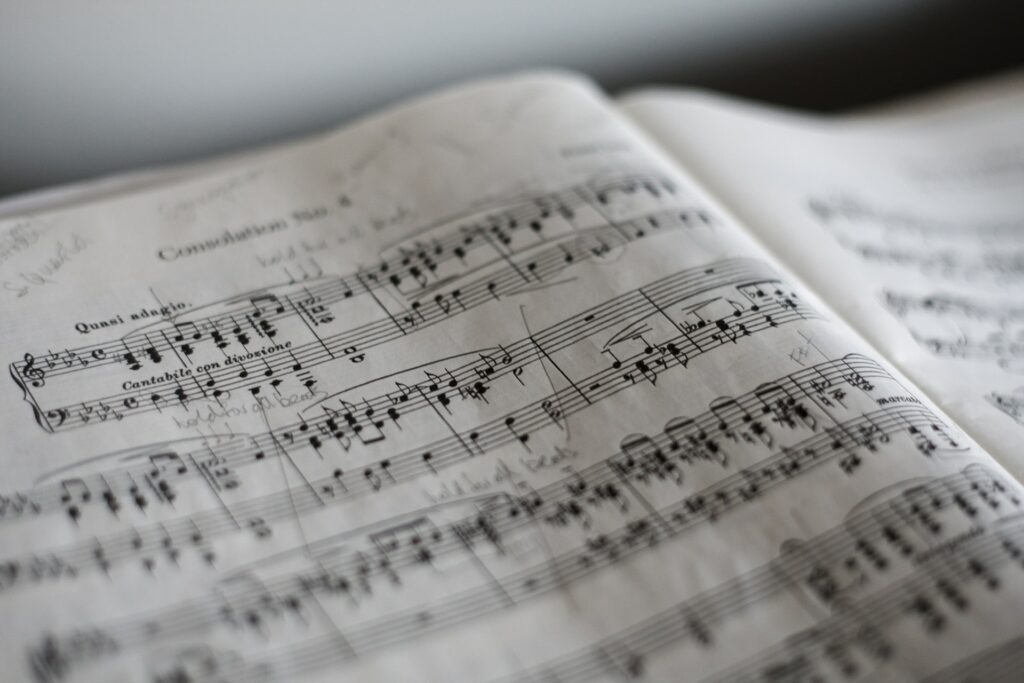 Styles and meters need to flow together, too. As with tempos, songs should be grouped together according to style. Not all songs in the same tempo are in the same style. A medium tempo song can have a triplet feel or a 16th note pulse or an 8th note pulse. It can be distracting to try to “swing” one song and then do the next with straight 8th notes even though the two are in the same tempo. The same guidelines apply to meters. Music that is constantly switching from 4/4 to 3/4 to 9/8 to 6/8 and so forth, will not flow. Use one meter until it has served its purpose then go to another.

The worship leader must master the art of transition.

Leading the singers, instrumentalists, and worshipers through the transitions between songs and sections of praise and worship is the most critical skill the worship leader must develop. Our songs might be well thought out, the keys may be right, and everyone prepared to the best of his ability, but that does not guarantee a smooth flow. The worship leader must negotiate the end of every song and the beginning of the next in a natural, easy way that does not attract attention away from the worship. Grouping the songs together by thoughts, keys, tempos, meters, and styles should make it easy to go directly between those songs without stopping. When a change is necessary it should be well thought out in a sequence of changes with never more than two at one time. For example, suppose we had just led four up-tempo songs in F. They were all in the same meter and style so we simply went from one to another without stopping. The next song is slower, much slower, for we are moving from praise to worship, from singing about God to singing to God, and we are moving to Bb. To abruptly slow everything down and change tonality, the direction (remember the pronouns) and songs all at once will shut down the momentum the praise songs gave us. A transition is needed. Here’s what I would do:

STEPS IN A TRANSITION—A SEQUENCE OF CHANGES

Let’s examine this common transition. I took control of the tempo when I put my hand in the air and started conducting. (If I had been conducting all along, this would have no meaning.) When I repeated the last line of the fast song at a slower tempo, I did two important things: I emphasized the truth of that song, and I signaled the end of a section and an oncoming change. People, from platform musicians to those in the pew, appreciate knowing that a change is coming. Changes are pleasant when we are ready for them. Here are transitions I use most:

There is a common transition I rarely use–talking! Why should we stop people from worshiping to talk to them? They are going to hear a sermon in a few minutes. What they need to do now is sing unto the Lord. Never preach at the people. And, especially, never, ever chide them when they are not 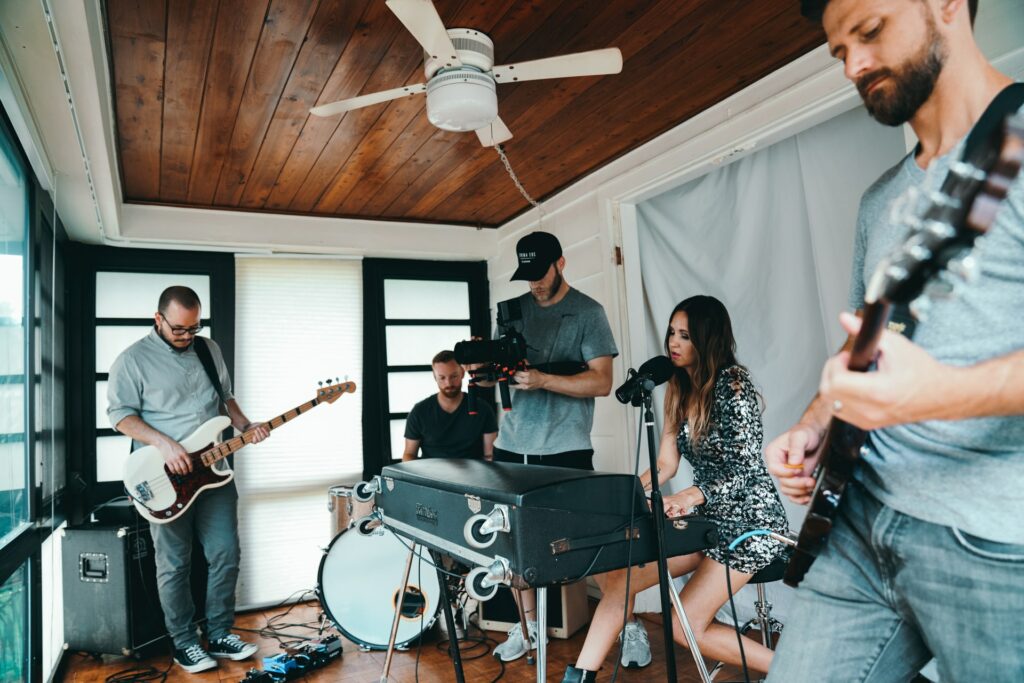 entering in the way you want them to. Why? Because it does not work. It is not your place and you only discourage those who are entering in. A worship leader should never give the impression he is expecting the people to perform up to his standards. King David is my model. He danced before the ark with all his might with little thought for who was dancing with Him. When the congregation looks at the worship leader they should see a worshiper who is ministering to the Lord, not someone trying to get a response out of them. One more “never”—never teach about worship when it is time to worship. Worship leaders who talk too much are their own worst enemies. A few words of exhortation at the beginning of the praise and worship time is my limit. Those extremely rare occasions when God prompts me to exhort during praise and worship have a great impact because God is in it and it does not happen every week.

-Repeated last lines or half choruses in the old tempo,

-Spoken prayer, praise or applause unto the Lord,

-Vocal cues, (giving part of song to sing next)

Dr. Steve Phifer received a Doctorate in Worship Studies from the Robert E. Webber Institute for Worship Studies. He has taught at Valley Forge University and Southeastern Assemblies of God University. For many years he was the Worship Pastor at Word of Life Church in Alexandria, VA.

More of Dr. Phifer’s materials can be found at stevephifer.com.