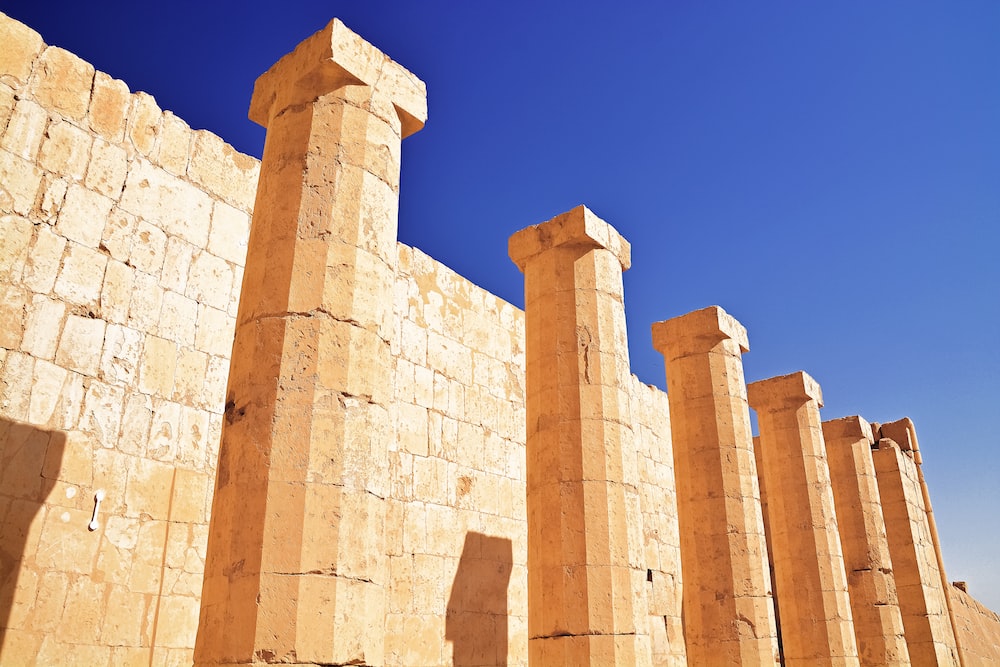 As previously announced, we are studying the words of Jesus. Today, we will begin with some introductory comments on this text which has to do with the temple merchants. This passage describes an occasion when Jesus cleansed the temple. According to John, this occurred at the time of the Passover. At this time Jesus and His disciples went up to Jerusalem.

When Jesus went to Jerusalem, here is what happened: “14 And He found in the temple those who were selling oxen and sheep and doves, and the moneychangers seated. 15 And He made a scourge of cords, and drove them all out of the temple, with the sheep and the oxen; and He poured out the coins of the moneychangers and overturned their tables; 16 and to those who were selling the doves He said, ‘Take these things away; stop making My Father’s house a house of merchandise.’ 7 His disciples remembered that it was written, ‘Zeal for thy house will consume me.’”

Motivation is the thread that runs throughout our text and the story it tells. Being properly motivated is part of Christian maturity. Jesus knows all men. He understands and knows what is in the minds and hearts of everyone. Jesus always challenges us on the point of why we do things. He is concerned about our motivation. When we stand in His presence, the proper response is repentance and faith. Then, Jesus wants us to live for Him in true devotion, faith, and commitment.

In our next “thoughts” we will deal with (1) the greed of the merchants, (2) the opposition of the Jews, and the (3) unreliability of the believers. In each case, the problem was one of motivation. Jesus calls us to something better and higher. Through submission to Him and the Holy Spirit, our motives will be purified.

Today, we will consider the greed of the merchants at the Temple. When the Jews visited the Temple, they went to make sacrifices. To make the proper sacrifices, they had to have the appropriate oxen, sheep, and doves. The purchasing of animals for sacrifices was an ancient custom. Over time, the practice was subject to much abuse.

The Jews had to exchange money to pay the tax. The tax was required for everyone (Ex. 30:11-16) who was at least twenty years old. It could be paid in advance, but those who paid while present had to have Jewish coins. Various kinds of coinage could be changed at the tables for the Palestinian half-shekel required for the annual temple tax. This money exchange would be useful to the sellers of the sacrificial animals. No doubt the money-changers made money on the exchange.

The problem was that greed, dishonesty, and extortion had taken over. The merchants had their sights only on their business and their profits. As a result, the merchants overlooked the sacred nature of the Temple site and moved their commerce from a location adjacent to the Temple to the Court of the Gentiles. This was not in the Temple proper. Although they were in an outer court, it was the entrance to the Court of the highest. The merchants had lost sight of the true purpose of the sacrifices.

Upon viewing what was happening, Jesus went into action. John says: “14 And He found in the temple those who were selling oxen and sheep and doves, and the moneychangers seated. 15 And He made a scourge of cords, and drove them all out of the temple, with the sheep and the oxen; and He poured out the coins of the moneychangers and overturned their tables; 16 and to those who were selling the doves He said, ‘Take these things away; stop making My Father’s house a house of merchandise.’”

The disciples saw that Jesus felt strongly about the house of God. The house of God was to be respected. Because the greed of the merchants overrode their respect, Jesus drove them out of the Temple grounds. The merchants were dominated by greed.

When Jesus drove the merchants out of the Temple area, the people quickly arose in opposition. The Jews asked (v. 18), “What sign do you show to us, seeing you do these things?” They were full of unbelief and challenged the authority of Jesus. Their attitude was “Who are you to do this?” They asked for a sign to prove His identity and authority.

The Jews people expected a powerful Messiah, but they did not believe that Jesus was the Messiah. Because of their unbelief and skepticism, they demanded a sign. They did not want to follow Jesus, so they put up the performance of a sign as an obstacle. They wanted to put Him on the defensive.

The action of Jesus in driving out the merchants was itself a sign. He did not need to perform anything else. Jesus rebuked people for wanting a sign. It was not that the signs were wrong. Jesus performed many miraculous deeds that are described assigns. The Jews wished that He could not perform a sign that would give indisputable proof of His authority. So, this is what they demanded.

Although Jesus rebuked the people for wanting a sign, He did go on to speak about a sign. He spoke about the destruction of the Temple and raising it again. In our next “thoughts” we will discuss what He meant by this.

Today, many people manifest the same attitude the Jews did. They do not want to believe, but they demand a sign. They demand new proof before they believe in the Savior. Unlike them, everyone should believe and receive His salvation. The basis for our faith already is strong. We have indisputable evidence now!

The Jews wanted a sign. Jesus said, “Destroy this temple, and in three days I will raise it up.” The Jews did not understand that Jesus was speaking of the temple of His body. The Jews will have their sign, but they will have to wait. The sign would be Christ’s death, burial, and resurrection. His resurrection will be the unanswerable argument for His identity as the Son of God.

The Jews did not understand what Jesus meant. Moreover, they held on to their objections. They would bring up again what Jesus said about the temple (Matthew 26:61). Because their motivation was wrong, they would not accept the evidence that Christ presented. When people are wrongly motivated, no amount of reason or evidence will change their view.

Even the disciples did not understand all that Jesus meant. They would not understand until the end of His earthly ministry. John writes (verse 22), “When therefore He was raised from the dead, His disciples remembered that He said this; and they believed the Scripture, and the word which Jesus had spoken.” The thought is not that they had not believed, but that their faith was supported and strengthened by Christ’s resurrection.

Now, we have a lot of information about Christ, His teachings, and what He meant. We have the advantage of seeing the events historically. Even so, a mind that is not quickened by the Spirit does not comprehend in any personal way what Jesus meant. We can rejoice that the Spirit exalts Christ and helps us understand all things about Him, including his death, burial, and resurrection.

Our text tells the story of Jesus driving the greedy merchants out of the Temple area. The story reveals that the merchants, the Jews who were present suffered from poor motivation.

It was the week of the Passover. Throughout this week of celebration, Jesus was in Jerusalem. He did many signs among them. And many believed in His name. The festival lasted a whole week. Signs can often lead to faith, even before the Word has been received. When people believe in Christ, we call them “new” believers.

Today, we will consider the fact that even some of the disciples were not trustworthy.

John wrote these comments: “23 Now when He was in Jerusalem at the Passover, during the feast, many believed in His name, beholding His signs which He was doing. 24 But Jesus, on His part, was not entrusting Himself to them, for He knew all men, 25 and because He did not need anyone to bear witness concerning man for, He Himself knew what was in man.”

Even though many people responded to His signs, Jesus did not entrust Himself to these believers. Because of this, some commentators hold that these people were not true believers. It may be that some of them were not, but I think it would be better to take the text at face value. They were new believers. As new believers, their faith was untested. Although many new believers are fully committed to Christ, some of them may not have transformed in motivation. Christ, who knows the hearts of all men, knew this. He did not need anyone else to tell Him. Therefore, He did not entrust Himself to them. Over time, many of these people may have grown in their experience and commitment to Christ.