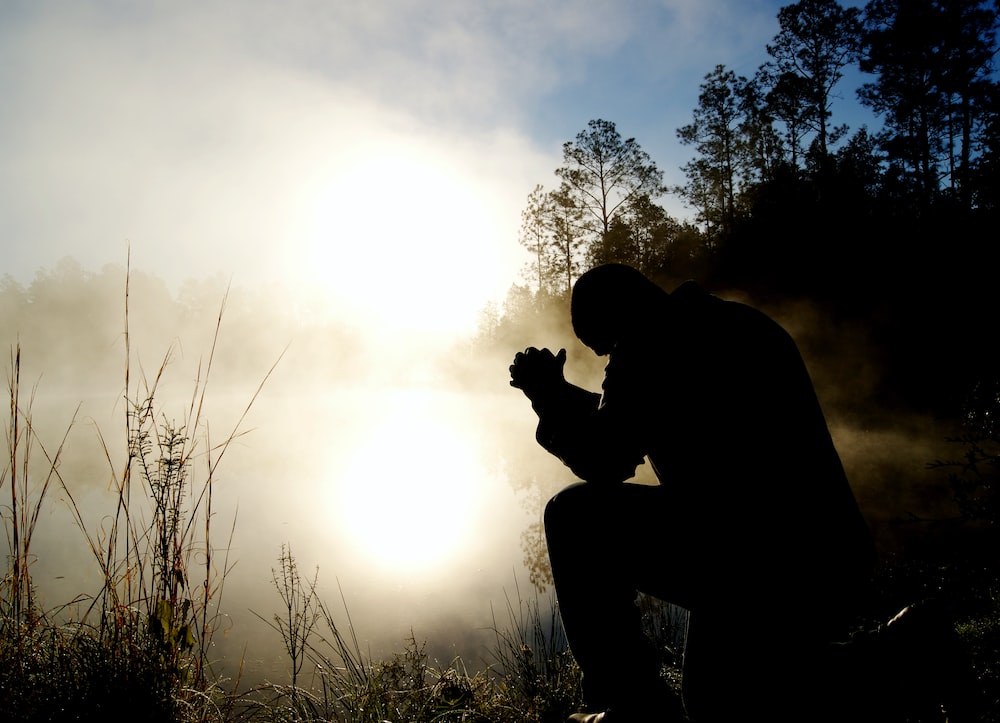 The Colossian church was troubled by teachers of false doctrine. So, Paul wrote to the saints extolling the uniqueness and supremacy of Christ. He then issued a call for them to live in total harmony with God’s will and purpose for their lives. Now, in 4:2-6 he deals with how the saints are to accomplish this.

First, Paul says, “Devote yourselves to prayer, keeping alert in it with an attitude of thanksgiving.” The people can live holy lives, lives that are set apart unto Christ, by devoting themselves to prayer. They should pray with diligence, awareness, and thanksgiving. They must be aware of the false teachers who would deceive them and pray for the Spirit’s protection.

Second, Paul asks that the Colossians would pray at the same time for him and his ministry partners. He requests that they pray “3 that God may open up to us a door for the word, so that we may speak forth the mystery of Christ, for which I have also been imprisoned; 4 so that I may make it clear in the way I ought to speak” (verses 3-4).

Even though Paul was imprisoned, he asks the saints to pray for an open door to preach Christ. They should include a prayer so that he could clearly explain the mystery of Christ to others. This would include people who had not yet come to faith. We are happy to know that God answered that prayer. Paul wrote to the Philippians:

“12 Now I want you to know, brethren, that my circumstances have turned out for the greater progress of the gospel, 13 so that my imprisonment in the cause of Christ has become well known throughout the whole praetorian guard and to everyone else, 14 and that most of the brethren, trusting in the Lord because of my imprisonment, have far more courage to speak the word of God without fear” (Philippians 1:12-14 NAS)

Third, Paul gives the Colossians this admonition: “5 Conduct yourselves with wisdom toward outsiders, making the most of the opportunity. 6 Let your speech always be with grace, seasoned, as it were, with salt, so that you may know how you should respond to each person” (Verses 5-6).

If we as believers are to win others, we must conduct ourselves with wisdom. We must be wise in the way we act toward others. As opportunities arise for us to speak, we must make the most of them. Our speech should be seasoned with salt. “Salt” is a metaphor that can be interpreted in various ways. The essential point is that our speech is clear and persuasive to hearers.

The scope of the ministry of Paul was huge. When you consider the means of travel, the miles covered, the churches planted, and the letters were written, it is an incredible story. Although he was imprisoned, he maintained his great concern for the churches he planted.

To help Paul in various ways, he had his team members. Two of the members were Tychicus and Onesimus. Paul calls Tychicus “our beloved brother and faithful servant and fellow bond-servant [slave] in the Lord.” Paul placed a lot of confidence in him.

Tychicus visited Paul in Rome. When he returned to Asia, Paul asked him to bear the news to the church in Colossae about the situation in Rome and to encourage their hearts. Paul asked him to have his letter read in Colossae and to see to it that it was read in Laodicea (Colossians 4:16). We might consider Tychicus to be not only a messenger who delivers a letter but also an emissary representing Paul.

Onesimus was a member of the household of Philemon and was one of his slaves. Paul describes him as “our faithful and beloved brother, who is one of your numbers.” While absent from Colossae, he came in contact with Paul and became a believer. Paul appealed to Philemon to take Onesimus back as a free man. He wanted Onesimus to go back on a new footing. Moreover, he asked if Onesimus had wronged Philemon in any way that he forgive him. Paul includes Onesimus, along with Tychicus, when he says, “They will inform you about the whole situation here.

What can we learn from this passage? First, it teaches us the importance of working together as members of a team. We are a part of the body of Christ, and the body of Christ is a great team that is fulfilling the Great Commission. Second, it teaches us that every believer, no matter what their past was, can be a valued member of the team. A former slave became a messenger for the apostle Paul. Third, we can respond to God’s call and become an emissary of the gospel. We not only have a message to deliver, but also have an assignment, as Christ’s representatives, to accomplish.

In these verses, Paul named six of his associates who sent greetings to the church at Colossae. Several points stand out in this paragraph.

First, the six associates included three Jews and three Gentiles. The Jews included Aristarchus, Barnabas’ cousin Mark, and Jesus who is called Justus. The Gentiles included Epaphras, Luke, and Demas. This illustrates that the church is one and is without barriers between Jews and Gentiles.

Second, the church was blessed with a team of people led by Paul who was faithful in doing the work of the kingdom of God. Paul and the associates were close friends and co-workers. Paul’s associates were an encouragement to him. Paul wanted them to be well received in Colossae.

Third, the associates included Mark whose cousin was Barnabas. Mark and Paul had parted company when Mark left the team at Perga in Pamphylia (Acts 15:13). However, their relationship was later restored. Paul wrote to Philemon that John Mark was useful to him (Philemon 24). This illustrates how team members can disagree and later be reconciled.

Fourth, sadly Demas became a worldly defector. Paul wrote this commentary to Timothy, “9 Make every effort to come to me soon; 10 for Demas, having loved this present world, has deserted me and gone to Thessalonica; Crescens has gone to Galatia, Titus to Dalmatia” (2 Timothy 4:9-10). Our diligence in following the Lord is

a life-long project. We must guard against the possibility of becoming defectors.

It has been our privilege to be on our Assemblies of God World Missions team for many years. Also, we have been associated with pastors and church leaders in our own country. Esther and I have been closely associated with the finest of emissaries of the gospel. We are grateful to the Lord for this wonderful blessing.

This passage reminds us of the important role of the house churches in the early church. Whether a single house church housed the entire church in a given city or just part, the house churches were a major element in the progress of the church. For example, Priscilla and Aquila invited people into their homes for church services in Ephesus (1 Corinthians 16:9) and Rome (Romans 16:5). At Colossae, the home of Philemon was a place for church meetings.

Next, Paul adds a special word to Archippus, whom he calls a “fellow-soldier.” He says, “Take heed to the ministry which you have received in the Lord, that you may fulfill it.” This is a word that all of us can receive as applying to ourselves. Some authors think that Archippus may have had some pastoral duties in Laodicea, which was very near Colossae.

Paul concludes his letter with these words: “I, Paul, write this greeting with my hand. Remember my imprisonment. Grace be with you” (4:18 NAS).

This concludes my “thoughts” about Colossians. In summary, Paul exalts the supremacy of Christ as Savior of the world, warns against error in teaching, and admonishes us concerning how we should live. As we study God’s Word, He speaks to us. In reply, we have the opportunity to apply what He says to our own lives. This is a powerfully effective way to pray and converse with God.