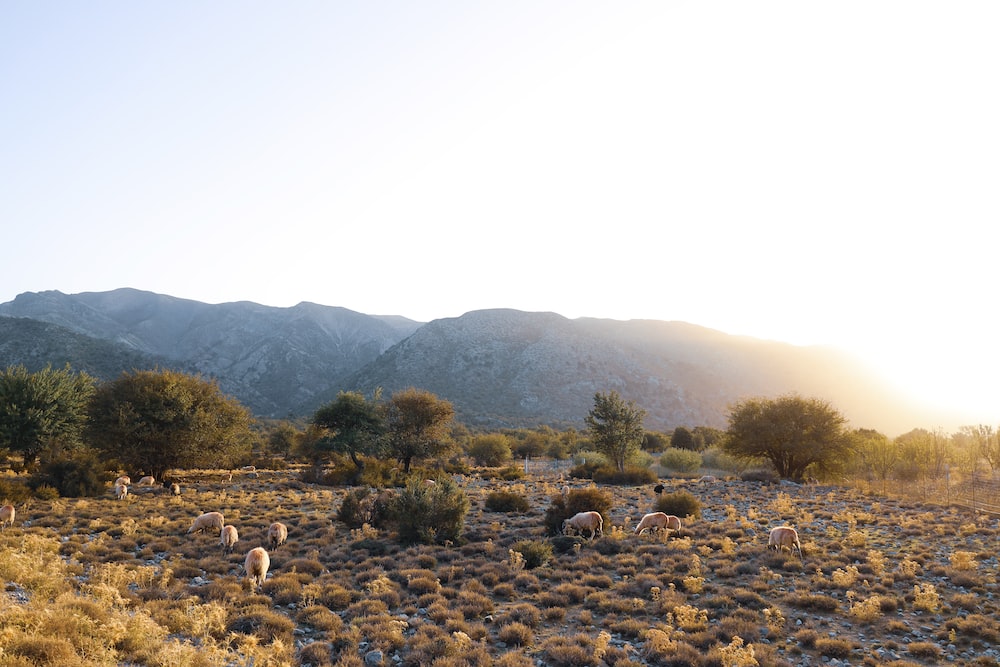 In this passage, Luke tells the story of one of the great “not yets” in the expansion of the church. We can learn much from it and apply the story to our lives. This is a missionary story about the expansion of the gospel to Samaria. The central feature of the story is the conversion of the Samaritans and the outpouring of the Spirit upon them. The Spirit was poured out upon them to demonstrate God’s approval and to empower them for service.

As background for this story, let us consider Acts 1:8 and 2:38. We can interpret our text in the light of these two references. In Acts 1:8 Luke records the theme of Acts. Jesus said, “but you will receive power when the Holy Spirit has come upon you, and you shall be My witnesses both in Jerusalem, and in all Judea and Samaria, and even to the remotest part of the earth.”

In Acts 2:38 Peter concluded his Day of Pentecost sermon with this exhortation: “Repent, and each of you be baptized in the name of Jesus Christ for the forgiveness of your sins, and you will receive the gift of the Holy Spirit.”

Our text, Acts 8:4-24, today focuses on Samaria. Luke tells how Philip preached the gospel in Samaria, how the people were converted, and how the gift of the Spirit was received. His story is a powerful missionary newsletter! As we discuss this story, I encourage you to read it again.

The purpose of the gift of the Holy Spirit upon the Samarians was to demonstrate that God had opened the door of salvation to them, approved them, and equipped them for their role as witnesses. Although the work of the Spirit in salvation is not the main theme here, we know that the Holy Spirit cleanses from sin and gives new life to the believer.

Over the next few days, we will discuss what Acts 8:4-24 tells us about (1) the mission in Samaria, (2) the outpouring of the Spirit, and (3) taking “not yet” seriously. We know that none of us have fully “arrived” spiritually. We have “not yet” reached the ultimate goal. We are still on the journey! Your comments are welcome!

Today, we will focus on the mission of the church in Samaria. Saul (Paul) had witnessed the stoning of Stephen. He became a leader in the persecution of the church. As a result of the persecution, the church was scattered. At the time, this must-have seemed like a defeat for the church, but God turned it into victory. Because of the scattering, the gospel reached Samaria.

This is a missionary story in the cross-cultural sense. The Samaritans were the descendants of the Assyrians and Jews who intermarried after Assyria captured Samaria. The Assyrians came in to take the place of the upper classes of the land who were deported at the time (722 B.C.) of the fall of the northern kingdom of Israel. Because of their origin, the Jews refused to have any dealings with the Samaritans.

Jesus had broken through this barrier when he talked with the woman at Jacob’s well at Sychar (John 4:5). Temporarily, he had suspended activity in Samaria (Mt. 10:5), but his command in Acts 1:8 transcended this. The gospel had to break through the barrier.

Philip was among those who were scattered. He went to the city of Samaria and proclaimed Christ. We met Philip earlier in Acts. The widows of the Hellenists had complained that they were being overlooked in the daily distribution of food. Philip was one of the men full of the Holy Spirit and wisdom (Acts 6:3) who had been chosen to serve tables. Now, God was powerfully using him to proclaim the gospel.

Let’s review the report of the mission to the Samaritans. (1) Philip proclaimed Christ to them. (2) The crowds were giving attention to what Philip said. (3) The crowds heard and saw the signs that Philip performed. (4) Many that had unclean spirits were delivered. (5) Many that had been paralyzed and lame were healed. (6) There was much rejoicing in the city. What a great report!

Your comments are welcome. More in my next “thoughts” about the mission in Samaria.

The ministry of Philip in Samaria had a great impact. As a result, the people were rejoicing greatly. However, a problem arose with a man named Simon. Before Philip came on the scene, Simon had been practicing magic in the city. In verses 9-11 Luke tells us:

9 Now there was a man named Simon, who formerly was practicing magic in the city and astonishing the people of Samaria, claiming to be someone great;
10 and they all, from smallest to greatest, were giving attention to him, saying, ” This man is what is called the Great Power of God.”
11 And they were giving him attention because he had for a long time astonished them with his magic arts.

Despite Simon’s influence, many people believed his preaching of Philip. They were genuinely converted, and their lives were dramatically changed. Miracles happened and people were healed. Even Simon himself believed and was amazed at what was happening. Luke states:

12 But when they believed Philip preaching the good news about the kingdom of God and the name of Jesus Christ, they were being baptized, men and women alike.

13 Even Simon himself believed; and after being baptized, he continued with Philip, and as he observed signs and great miracles taking place, he was constantly amazed.

Next, Luke tells the story of the outpouring of the Spirit upon the Samaritan believers.

Up to this point, everything was good. However, the story regarding Simon was not over. His greedy nature came to the surface and resulted in a problem amid this great evangelistic outreach. Sometimes, today, this happens. In the middle of revival problems can arise. We will continue this story in my next “thoughts.”

The mission was great. The apostles in Jerusalem heard that Samaria had received the Word of God. They sent Peter and John to Samaria. Whether or not Peter and John knew it before they went, we know that there was a missing element in the revival. The Holy Spirit had not yet fallen on any of them. Given this, the apostles laid hands on them and prayed for them to receive the Spirit. Then, our text says that “they were receiving the Holy Spirit.”

My view is that the Spirit can be received more than once and even in an ongoing way. So, this passage is not a problem for me. It is true that when one believes, he receives the Spirit. But Luke does not write here about this initial reception. Instead, he focuses on the gift of the Spirit that the disciples received at Pentecost. The disciples were missing the empowering presence of the Spirit.

At this point, old motivations stirred Simon’s heart. He wanted the “authority” to lay hands on people so that they might receive the Spirit. So, Simon offered them money for this authority. Peter rebuked Simon in very strong terms. Peter told Simon that he had no part of portion “in this matter.” The Greek word is logos. It can mean “matter, word, or manner of speaking.” Simon saw the apostles pray and the people respond.

After Peter rebuked Simon, Simon said, “Pray to the Lord for me yourselves, so that nothing of what you have said may come upon me.” Although we do not know for certain, Simon’s prayer request may suggest that he genuinely repented of his sinful motivation.

There are several aspects of our walk with God that we need to consider. All of these are related to work that the Spirit yet wants to do in us. We must take “not yet” seriously and do something about these points. We will discuss three aspects today and three more in my “thoughts” tomorrow.

First, let’s begin with salvation itself. People who have “not yet” accepted Christ as Savior have the opportunity to do so. Many have been in services and have felt the persuasive power of the Spirit tugging at their hearts. It is the work of the Spirit to draw men and women to Christ (John 16:8-11).

Second, whether Christians need to develop in their spiritual lives is not in debate. All believers recognize that they have more to overcome. We have not yet arrived. (Phil. 3:12-14). When we put our faith in Jesus, we begin a life-long process of growing in the image of Christ (Ephesians 4:11-13). We grow and become spiritually mature people. The goal is for us to reach “full stature.”

Third, most people in a local church have accepted Christ, but some have not been baptized in the Holy Spirit. They may be like the Samaritans. They have seen and experienced revival. They may even have been dramatically healed by the power of God.

Many believers have seen God at work and have served Him faithfully. Already, they have felt the inner presence of the Holy Spirit, but there is this “not yet” in their lives. They have not yet had the Spirit fall upon them in an observable way. This can be the weekend, the month, or the year when they move from “not yet” to fulfillment of God’s promise for their lives.

All believers are eligible for this gift. On the day of Pentecost, Peter proclaimed (Acts 2:39) “For the promise is for you and your children and for all who are far off, as many as the Lord our God will call to Himself.”

When we first believe in Christ, many things happen that position us in Him. For example, we are justified in Christ, sealed in Him, adopted as sons of God, and sanctified. However, we have “not yet” arrived. We must live in our experience of what has been done for us. In my last “thoughts” we considered three aspects of our spiritual lives that may still need development. Today, we will consider aspects four through six.

Fifth, upon self-examination, we may know that we have not entered exercising our spiritual gifts (1 Corinthians 12:7-11; 12:27-31; Romans 12:6-8). Not everyone has every gift, but everyone has one or more gifts. None of us are exempt from using them! This may be a big “not yet” in our lives. This can be our year to step out in faith and exercise our gift!

Sixth, many believers have been baptized in the Holy Spirit. They have felt the overpowering presence of the Spirit. They have spoken in tongues and thereby witnessed to all around them that the Spirit was there, but somehow, they have not taken the next step. They have not become a vibrant witness or a supporter of the worldwide mission of the church. This is a “not yet” in their lives.

The entire Book of Acts tells the story of the mission of the church. Our text deals with the mission at Samaria. The baptism in the Spirit is for empowering us for this task. We must, however, use the power that God has given to us.