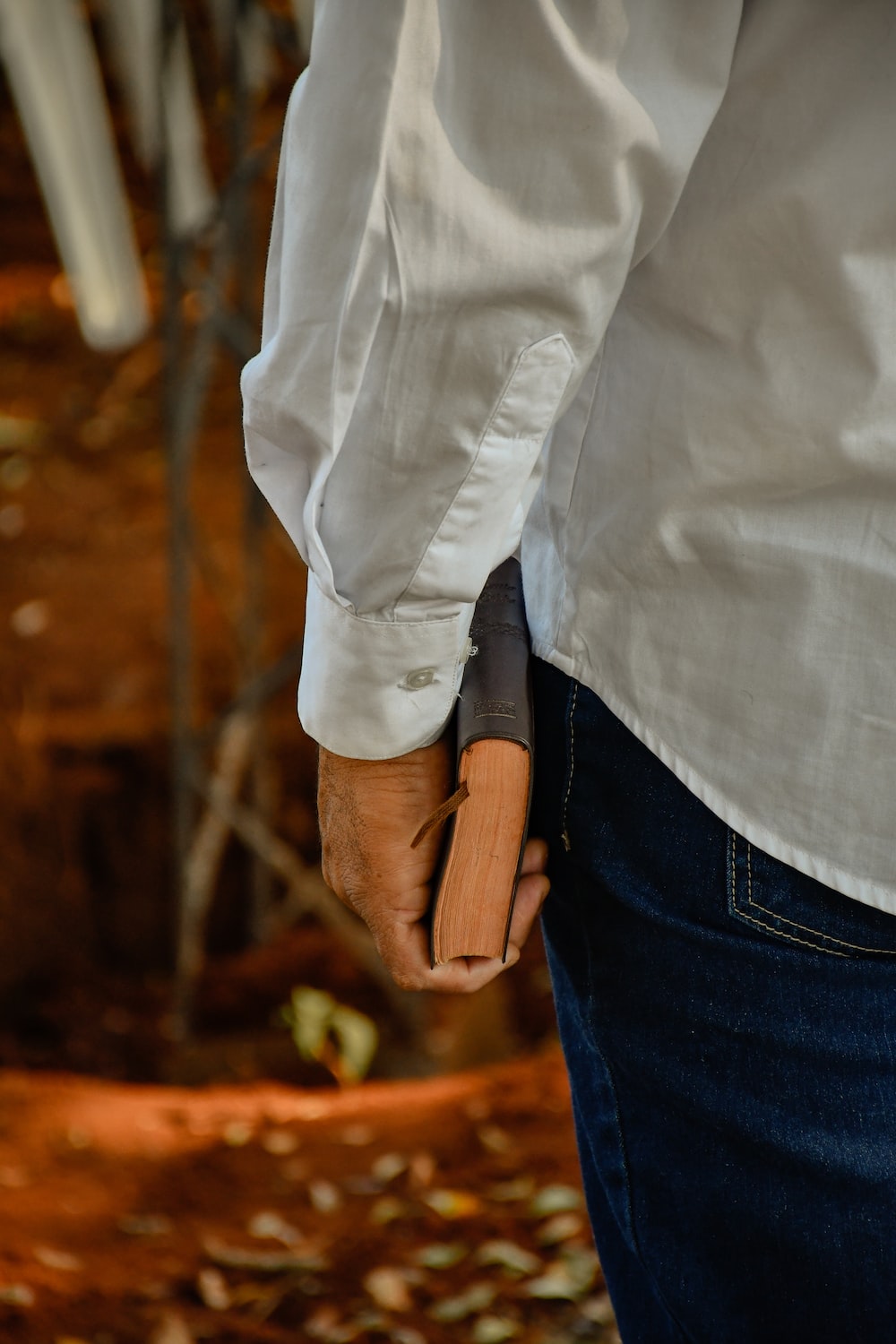 This was Paul’s final letter. He wrote to Timothy to encourage him in his ministry and to help him be faithful under difficult circumstances.
It is not surprising that his final letter was to Timothy. We have learned from the first letter how much confidence Paul had in him and how much he felt for Timothy. He opens this epistle with this greeting:

“Paul, an apostle of Christ Jesus by the will of God, according to the promise of life in Christ Jesus, 2 To Timothy, my beloved son: Grace, mercy, and peace from God the Father and Christ Jesus our Lord” (1:1-2). Several points immediately surface:

First, Paul declares that he was an apostle of Christ Jesus. Paul was sent on the mission of proclaiming Christ. All that he taught was in harmony with what Jesus taught. His teaching was according to the promise of life in Christ Jesus. That promised life was abundant (John 10:10).

Third, Paul’s letter was addressed to Timothy “my beloved son.” This phrase has a twofold impact. One, it shows the affection Paul had for Timothy. Timothy related to Paul like a son to a father. Two, it served as an endorsement of Timothy. People knew that Timothy was teaching the same doctrine as Paul and that he had Paul’s full approval.

Fourth, Paul expressed a desire that Timothy would be blessed with grace, mercy, and peace. Salvation is ours by God’s grace, His unmerited favor. Because God is merciful, He has bestowed mercy on all believing people. The result is that all who believe have peace with God. Our proper response is to believe in Jesus and to be grateful for God’s favor.

After Paul’s opening greeting, he makes this statement: “3 I thank God, whom I serve with a clear conscience the way my forefathers did, as I constantly remember you in my prayers night and day, 4 longing to see you, even as I recall your tears, so that I may be filled with joy. 5 For I am mindful of the sincere faith within you, which first dwelt in your grandmother Lois, and your mother Eunice, and I am sure that it is in you as well. 6 And for this reason I remind you to kindle afresh the gift of God which is in you through the laying on of my hands. 7 For God has not given us a spirit of timidity but of power and love and discipline.

First, when Paul wrote this letter, he was in prison facing death. Yet, he opens the body of his letter with thanksgiving. Paul was thankful for Timothy and his sincere faith. Our temptation is to focus on the problems.  Instead, following Paul’s example, we can center our attention on the great things that God has done.

Third, according to Acts 24:14, Paul was a part of the “Way” which many religious leaders called a sect. However, Paul believed everything that was following the Law and what was written in the prophets. He proclaimed the Christ who was prophesied in the Old Testament. In response to some of his opponents, Paul said:

“But this I admit to you, that according to the Way which they call a sect I do serve the God of our fathers, believing everything that is in accordance with the Law, and that is written in the Prophets; 15 having a hope in God, which these men cherish themselves, that there shall certainly be a resurrection of both the righteous and the wicked” (Acts 24:14-15).

Fourth, Paul saw in Timothy the same sincere faith that dwelt in Timothy’s grandmother Lois and his mother Eunice.  Paul does not say whether he considered these two ladies to be Old Testament saints or followers of Jesus. Very likely, they had accepted Christ. Pal said that Timothy had the same “sincere faith” that they had.

Fifth, Paul said: “6 And for this reason I remind you to kindle afresh the gift of God which is in you through the laying on of my hands. 7 For God has not given us a spirit of timidity but of power and love and discipline.” In my posts on 1 Timothy, I wrote about this passage.

This paragraph is packed full of timeless truth. Books have been written about the themes mentioned in these verses. Some of the key thoughts are as follows:

First, Paul was a prisoner in a Roman prison, but he regarded Himself as a prisoner of Jesus Christ. He was a prisoner of the Lord because he was suffering for the sake of the gospel. Paul urged Timothy not to be ashamed of him, but to join with him in that suffering. No doubt Timothy was faced with problems that called forth this reminder.

Second, Paul reminds Timothy that God saved them and called them with a holy calling. It was a calling to share in a new life and the kingdom of God. The calling did not come through works but rather according to the grace of God. That grace was granted in Christ Jesus from all eternity. Now, God’s grace was revealed by the appearance of Jesus in His ministry. Through Christ, the hope of immortality was made certain.

Third, for the sake of the gospel Paul was appointed a preacher and an apostle, and a teacher. Paul was fulfilling his ministry calling, and he was imprisoned for the sake of the gospel. At this point, Paul repeats that he was not ashamed. He says he is not ashamed because “I know whom I have believed, and I am convinced that He can guard what I have entrusted to Him until that day.”

Fourth, at this point, Paul admonished Timothy to: “13 Retain the standard of sound words which you have heard from me, in the faith and love which are in Christ Jesus. 14 Guard, through the Holy Spirit who dwells in us, the treasure which has been entrusted to you” (verses 13-14).

All who believe in Christ have been called to new life and service in God’s kingdom. As Christ’s followers, we can easily identify with Paul and Timothy. We can readily apply verses 13-14 to our own lives. Let’s read these verses one more time as a prayer for our own lives.

In these verses, Paul speaks about people who have turned away from him. Also, he gives an example of one person who was very helpful to him. Paul states:

“15 You are aware of the fact that all who are in Asia turned away from me, among whom are Phygelus and Hermogenes. 16 The Lord grant mercy to the house of Onesiphorus for he often refreshed me and was not ashamed of my chains; 17 but when he was in Rome, he eagerly searched for me, and found me– 18 the Lord grant to him to find mercy from the Lord on that day– and you know very well what services he rendered at Ephesus.”

Scholars offer different interpretations of the word “all.” It seems unlikely that Paul means all Christians. He probably has a particular group in mind. In other words, he means all who are in that group. He may have been referring to people from Asia who were in Rome at the time. In any case, Paul specifically mentions two men.

After naming the people who turned away from him, Paul writes about Onesiphorus as one who helped him. Even though Paul was a prisoner, Onesiphorus was not ashamed of him. He searched for Paul and found him. This to some effort and commitment on his part. It could have endangered him as well. Paul adds that Timothy knew about the services that Onesiphorus had rendered at Ephesus.

Paul’s second letter to Timothy was his final epistle. Naturally, the letter is devoted to things that were very dear to his heart. By way of a summary, I will mention a few of those items in this post.

First, as in all of Paul’s letters, He exalts Christ. His letter, his life, and his future are all centered in Christ Jesus. He opens his letter by calling Himself “an apostle of Christ Jesus. His teaching was in harmony with the Old Testament. When Christ appeared on earth, the grace of God was more fully revealed.

Second, there were false teachers in the church at Ephesus. The way to correct that teaching was to present Christ’s message and to exalt Him. Paul repeatedly urged Timothy to stay faithful to the gospel and to proclaim it. Today, we have the New Testament as well as the Old, giving us a fuller revelation of Jesus Christ.

Third, Paul urged Timothy to entrust the gospel to reliable men who could teach others. In other words, Paul foresaw the need for continuity in ministry. All who would be true to the gospel and counter error would be considered vessels of honor.

Fourth, when he wrote this epistle, he was in prison, but he considered himself a prisoner of Jesus Christ. He viewed his sufferings as being endured for the sake of Christ. Paul did not present an easy path to Timothy. Rather he urged him to endure hardship and make sure the gospel was proclaimed.

Fifth, Paul regarded himself as being poured out for the sake of the gospel. He looked forward to receiving the “crown of righteousness” as his reward. This reward would be received by all who love Christ’s appearing. The picture we get is that all who follow Jesus will be abundantly rewarded and will be victorious.