In a new field of ministry, missionaries often hesitate to engage with nationals out of concern that they may offend someone by making a cultural mistake. Since each culture is different, the best approach is to proceed slowly and learn what connects you with people in your new culture−along with what does not. However, some ways of engaging people’s interest seem to be universal. These are a few that worked for us when we first went to Ethiopia.

Without a vehicle for the first 18 months, we made daily use of local minibuses. Every time we boarded, we intentionally, but gently, smiled at all the other passengers. Ethiopia had just regained its independence from a Communistic regime, so most people were cautious about becoming acquainted with white Americans. We tried to maintain a pleasant demeanor, however we felt discouraged at our slow progress in making friends. We continued being as friendly as we could. After all, being kind with our neighbors was part of our Christian testimony.

My first breakthrough came through interacting with the children we met every day. Many times when we walked to the bus stop, children would flock around, pointing, laughing and shouting at us, even tugging at our clothes or hair. Our smiles may have become a bit stiff when their game became annoying, but we tried to not show our feelings.

Then there were the ever-present beggar children. Since they were often an annoyance to passers-by, these kids didn’t expect a true demonstration of kindness. We soon learned that some of these children had been purposefully made unkempt to touch the hearts of strangers. One little girl, whose mother sat on the pavement nearby nursing her baby, particularly touched my heart as she 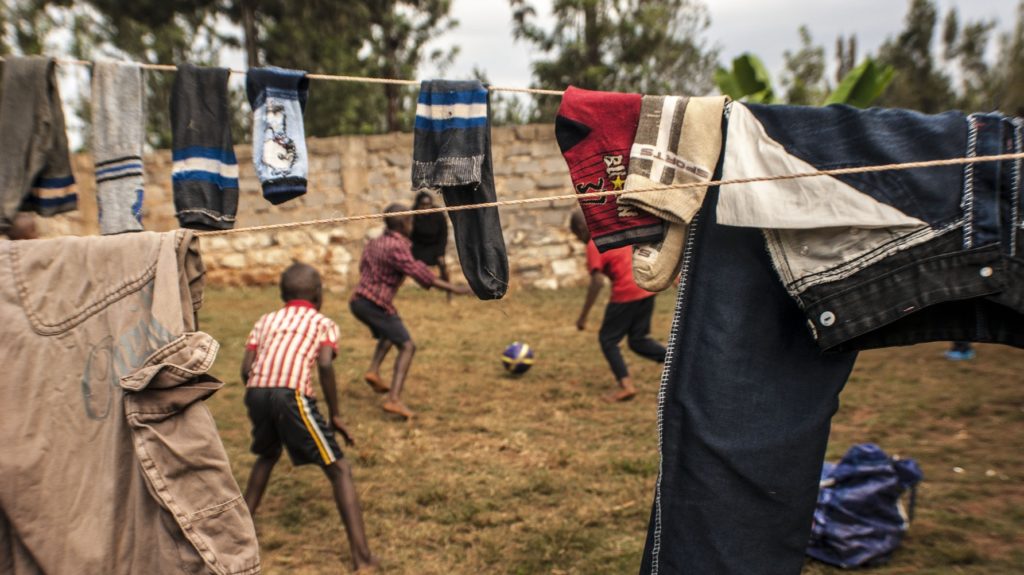 motioned to indicate that she was hungry. And, as thin as she was, I could well believe that her tummy was empty. Often I gave her some coins or some food I’d bought for her while shopping. At other times I shared only a hug with her. I could see her mother’s face soften even when I gave this small girl only a smile, a handshake or a hug.

My husband had his shoes shined regularly at a corner where young boys drummed up business with their shoeshine kits. He chatted with them and often gave them a little more money than they asked for. Once he gave his shoe shiner a soccer ball—a real treasure for a boy who had to work hard to earn just enough for food. Our smiling at and playing with babies on their mamas’ laps during our daily minibus rides brought smiles to everyone’s faces. Even the men seemed to be pleased when we played peek-a-boo with babies or offered infants fingers to play with. Loving and admiring babies seems to be culturally appropriate just about everywhere.

It didn’t take long to learn to greet people in their own language. Although we never became fluent, we used what we knew. People everywhere consider it a high compliment when missionaries try to learn to speak their tongue. After all, we feel annoyed when an immigrant refuses to speak English, don’t we?

Another idea is to ask someone to teach you something. By observing and asking questions, I learned to roast coffee—an important cultural accomplishment in Ethiopia. The first time I tried it myself, I was at home alone one day. I neglected to wash the beans enough to remove the paper-thin covering on each bean. When my friend, our house worker, came into the kitchen and saw all the little brown tissues that had popped out all over the stove while I was roasting, she asked, “Who did this?” Even though cleaning up the messy stove meant work for both of us, I could tell she was pleased when I admitted, “I did.”

Adapting to a new culture means trying to connect, making mistakes, apologizing if necessary, and trying again. The new friends you gain will help you when they see that you really want to learn their culture and lifestyle. So don’t be afraid to step out onto the cultural limb. Branches may sway and creak a little at first, but you’ll soon climb to new heights in ministry effectiveness.