Many believe the youth pastor does not need formal theological training. As a youth pastor, however, I am convinced this is a wrong message. If the church is to address the pressing questions coming from the youth of this era, youth ministers must explore the theological issues so they can give articulate, precise, and respectable answers. 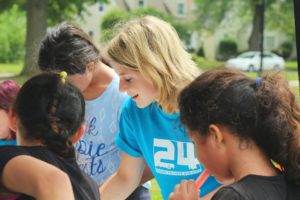 I graduated from Evangel University in Springfield, Missouri, with a degree in biblical studies and went on to higher education at Yale Divinity School. I thought I would go to the intellectual ivory towers of academia and one day possibly write several books. Maybe one or two of these books would impact the scholarly community and give an apologetic for orthodox Christian faith. I was wrong about where I was going to make use of my education. During my time at Yale, the pastor of a local Assemblies of God church asked me to be his part-time youth pastor. I found that the youth were asking hard questions — questions my seminary studies were equipping me to deal with.

Let me give three examples to demonstrate what I am talking about:

1) WHY DOES GOD HATE GAY PEOPLE?

A lot is going on in this question. First, it presumes an answer to a question students didn’t ask; namely, what does God think about gay people? The presumed question behind this question was something I did answer.

But that aside, the question about the status of gay people and/or gay sexual activity is an extremely pressing one in today’s culture. Television has homosexuality as a constant theme. It is an issue of national political debate. But most disquieting is that teenagers are coming out as gay younger and younger. So, from the beginning of puberty, teenagers have friends who have already chosen to profess a gay lifestyle. For that reason, this is a personal question for many of today’s youth: the question of whether God hates gay people turns into “Does God hate my gay friends?”

I immediately realized that the cliché answer that God disapproves of the gay lifestyle because the Bible says so was not going to work. It is true the gay lifestyle is wrong because the Bible says so, but my youth group wanted to know that the Bible had some internal and consistent logic as to why homosexuality is wrong. They wanted an answer that showed how opposition to the homosexual lifestyle is part of a larger all-encompassing worldview. Because this question was ultimately about exploring an all-encompassing worldview, I knew if I did not give an answer that dealt with appeals to biology, natural law, biblical texts, and sociological phenomena, my youth group was not going to respect what I said. Fortunately, the different facets to my answer were what my seminary classes and readings had already made me think about.

2) WHY DID GOD KILL BABIES IN THE BIBLE?

This question came up when I gave a message on the Exodus plagues and was addressing the last plague — the death of the firstborn. The jarring fact of this story is that God kills people — not just anyone, but innocent children. Though it is not necessarily as personal as the question of homosexuality, an answer to this question brings in its wake implications for other important ethical questions, not to mention the questions it evokes about the character of God. What does this say about abortion, the rights of children, and the imputation of parents’ sin upon their children? Like the question about homosexuality, my youth group wanted an answer that explained this portion of Scripture in a way that demonstrated how this text fit within the broader witness of the Scriptures and the Christian religion. Once again, it was an opportunity either to build the legitimacy of the Christian faith with a sophisticated answer, or to drive the youth away from the church with “because the Bible says so.” 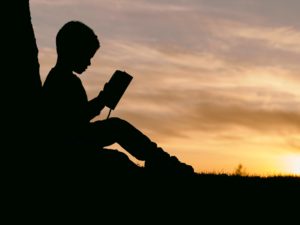 3) WHY IS THERE SO MUCH BAD STUFF IN THE WORLD?

This question follows closely from the second one. Does what God did to those Egyptian babies at the time of the Exodus say anything about what God thinks, feels, and does with innocent dying children in the modern world? This issue hits the youth of America every day from the media, from the starving children in famine-ridden areas to issues of international law like the national debate that was sparked over the Kony 2012 campaign. This is still a much larger question than just those individual issues, for it comes down to the problem of evil, a problem that has vexed humanity through the ages. How can God be all good with all the evil He allows to persist in the world?

Yes, the problem of evil has vexed humanity throughout the ages and no one has a satisfactory answer. But saying that no one really knows the answer doesn’t help either. These questions are on teenagers’ minds, and they want to talk about them. Eventually you will need to say that the problem of evil is a mystery we will live with until Christ’s return, but that is not the place to start the conversation. We must talk about the problem of evil, and then — and only then — invoke the mystery that will be revealed at the end of the age. Most importantly, however, you need to know how to talk about the problem of evil and what the incarnation of Jesus Christ and His death and resurrection say about it. An account of how Jesus dealt the decisive blow to evil in the world must be part of a sophisticated answer to such a question.

I have not given answers to these questions. The spirit of your youth group will season the way in which you need to answer each of these questions. Answering such questions is integral to youth ministry, so it requires that those in charge — namely youth pastors — deal with these questions on their own first. Then and only then can they give answers that are sophisticated, thought-out, gracious, and redeeming.

This is my testimony about the need for youth pastors to have theological training. What remains to be addressed is how to get the training one needs. Read the Bible. Read books about the Bible, theology, and philosophy. Read books by St. Augustine, Luther, C.S. Lewis. Engage in the intellectual endeavors they did, and then let your preaching and teaching be affected by it.

Only when we discipline ourselves to become theologically educated will our prayers for the divine infusion of wisdom line up with a lifestyle that is seeking the same thing.

Let’s not drive young people from the church with our lack of education.

Joseph Lear, M.Div., is pursuing his doctorate at University of Aberdeen, Scotland.