During the seventeenth century in Scotland the Covenanters, an evangelical group, faced severe persecution. They had to meet secretly. 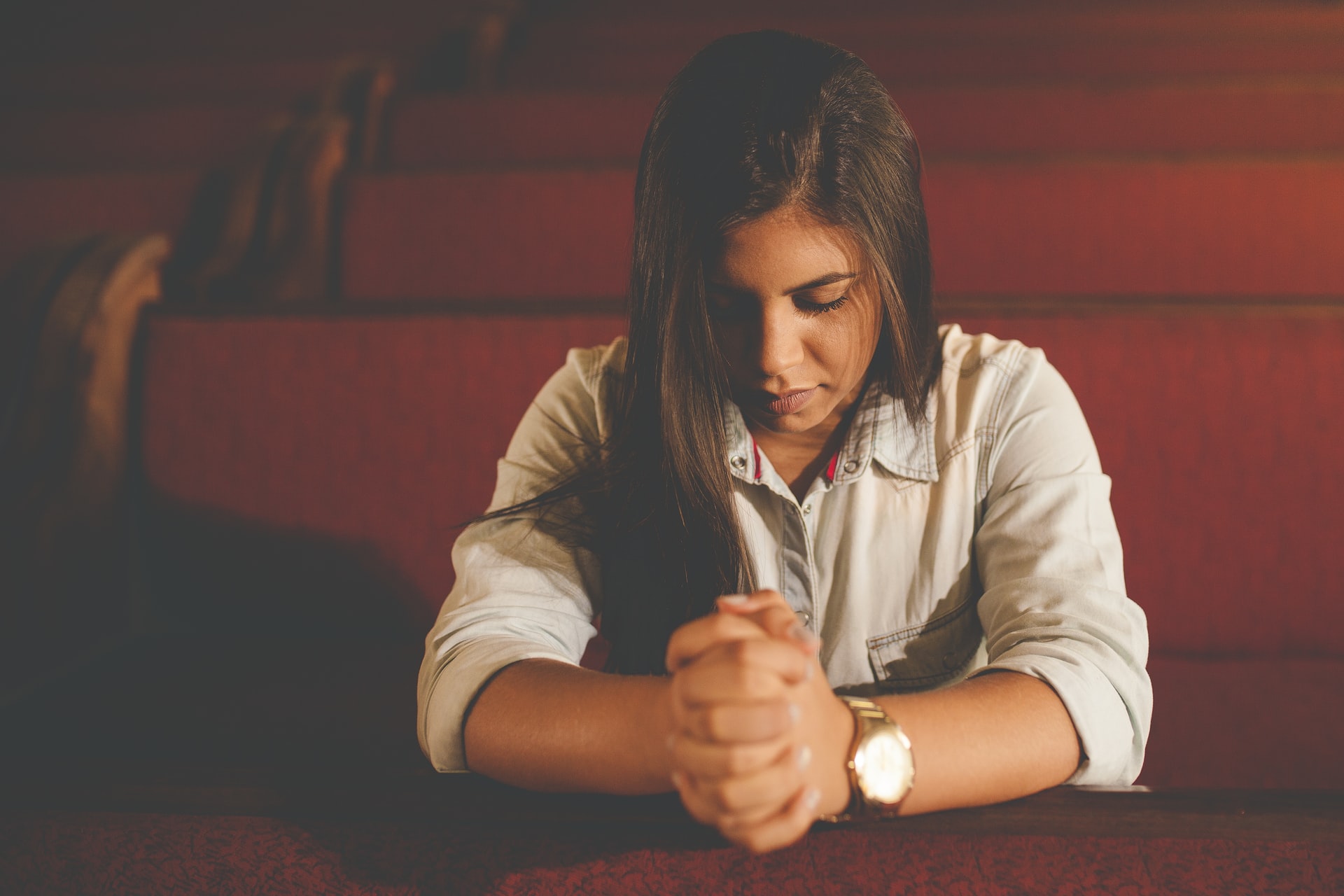 One evening a Scottish girl was on her way to a believers’ meeting. Suddenly some enemies sprang into her path. Seizing her roughly, they asked where she was going. In a flash of inspiration, she bravely replied, “I’m on my way to a supper to hear my Elder Brother’s will read.”

“That sounds harmless enough,” the leader of the men replied, and let her go. Joyfully the girl hurried on to the secret meeting to partake of holy communion.

The Scottish girl referred to the Lord’s table as being the supper to which she was going. Jesus was her Elder Brother. The will to be read was the new covenant the Lord made in effect by His death on the cross.

The Lord’s Table: A Picture

Mary looks radiant! Timothy beams as she takes her place beside him. She and several others have just been baptized in water. A communion service is about to begin and she will partake for the first time.

Mary has already received teaching on the meaning of the Lord’s Supper. She joins in the singing and worship. Later, as she hears the pastor read the words of Jesus, “This is my body which is given for you” (Luke 22:19), tears come to her eyes. She understands so much better now what it means to worship. Instead of looking around as the emblem of bread is passed, she is praising and thanking the Lord in her heart. Then the pastor reads, “This cup is God’s new covenant sealed with my blood, which is poured out for you” (Luke 22:20).

The believers take communion with reverence. How wonderful that the Lord should offer Himself for the sins of the world! Mary feels the nearness of the Lord and hunger for more of God’s Spirit.

“We need to be baptized in the Holy Spirit,” she whispers to Timothy. He squeezes her hand in agreement.

In Paris, France, stands a great monument, the magnificent Arch of Triumph. Beneath the huge arch in a tomb lies The Unknown Soldier, representing all the soldiers who have died in battle. Every evening members of a patriotic group light a “flame of remembrance,” expressing the gratitude of a nation for its men who sacrificed their lives for their country.

Believers, too, have a memorial. The “Lord’s table,” or holy communion, reminds us of the suffering and death that Jesus went through for us. The broken bread and the cup represent His body that was crucified and His blood that was shed for all the sins of mankind. We partake of the bread and the cup of the Lord’s table to remind us of the great sacrifice that Jesus made for us (1 Corinthians 5:7).

Taking part in holy communion symbolizes or pictures the suffering and death of Jesus. In remembering, however, we must not just sympathize with His sufferings. We should think of and accept His victory and finished work. Christ’s death was not in vain. He fulfilled the work the Father sent Him to do that He might claim a people for His own.

In addition, we must remember that the Lord’s table is never an altar. It is a memorial! It speaks to us of how Christ “appeared once and for all, to remove sin through the sacrifice of himself” (Hebrews 9:26).

The Lord’s table is not an altar upon which Christ is to be sacrificed again! When we observe the Lord’s death we are thanking Him for His sacrifice that is complete. We are proclaiming His death until He comes again (1 Corinthians 11:26).

The Bread and the Cup

At the Passover supper that Jesus ate with His disciples He took a piece of bread, gave thanks, broke it, and handed it to His disciples saying, “This is my body, which is given for you. Do this in memory of me” (Luke 22:19).

Earlier in His ministry, Jesus had spoken of Himself as the “bread from heaven” and the “bread of life” (John 6:32, 35). He was the bread that God gave, the One who came from heaven and gave His life to the world.

“I am the living bread that came down from heaven. If anyone eats this bread, he will live forever. The bread that I will give him is my flesh, which I give so that the world may live” (John 6:51).

That Jesus meant all this to be in a spiritual sense is clear from the reading of John 6:25-58. Some of His listeners thought the Lord meant His actual physical flesh and they had an angry argument about it. One must interpret this language in the same way as one interprets the words, “I am the gate for the sheep” (John 10:7). Jesus is not a literal gate; the gate typifies Him and His work. Certain features of a gate, such as its strength and how it divides and protects, represent His character and ministry.

When we take a piece of bread at the Lord’s table, we in the faith receive the life of Jesus. Just as literal bread strengthens our physical bodies, so His life gives us spiritual strength. 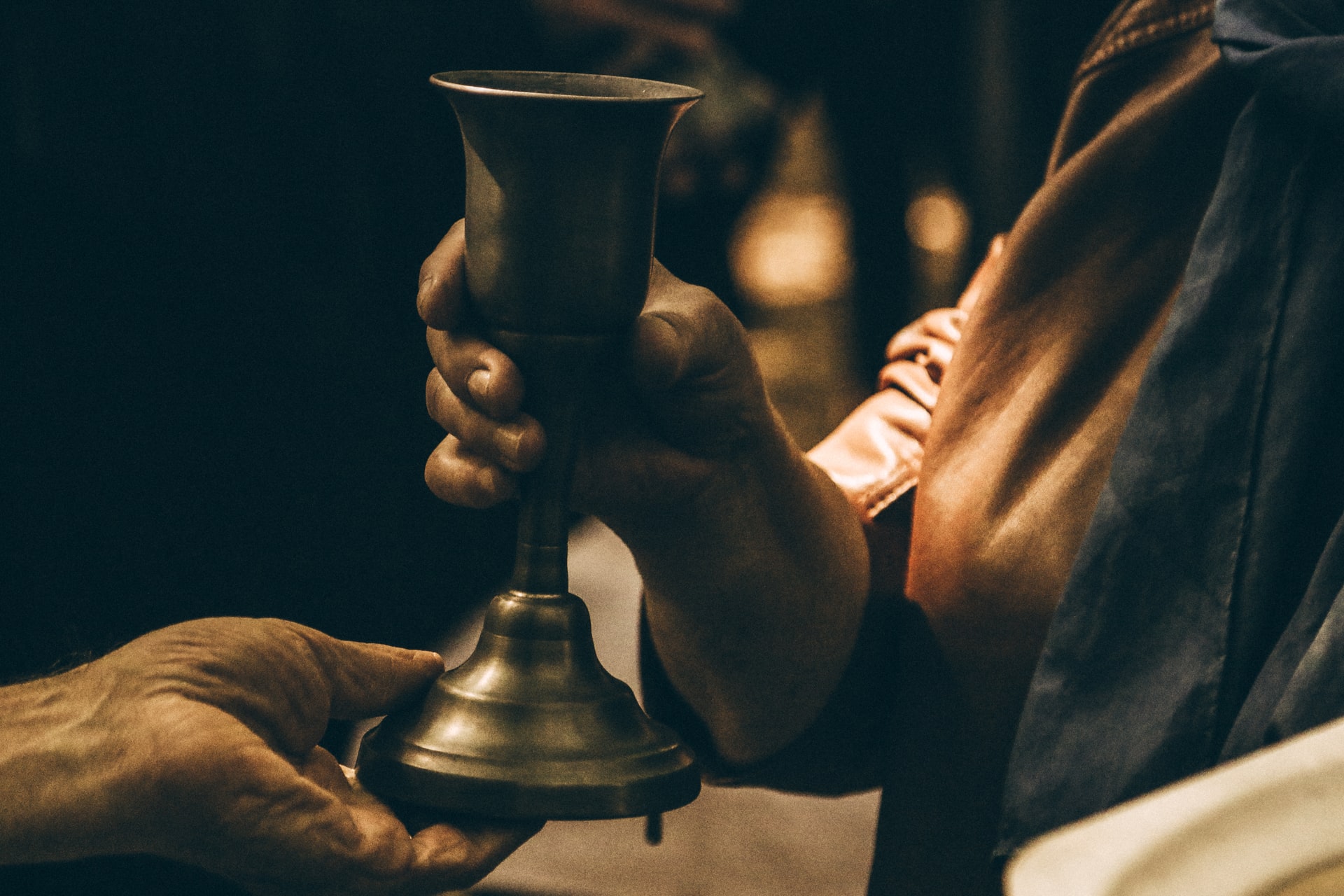 After the supper, Jesus took the cup and said, “This cup is God’s new covenant, sealed with my blood. Whenever you drink it, do so in memory of me” (1 Corinthians 11:25). The fruit of the vine represents His shed blood; the cup also represents the new covenant sealed with His blood that was poured out for us (Luke 22:20).

Later that night, after the supper and His talk with the disciples, the Lord Jesus went to the Mount of Olives. There, in a place called Gethsemane, He knelt alone.

“‘Father,’ he said, ‘if you will take this cup of suffering away from me. Not my will, however, but you will be done” (Luke 22:42). The “cup” He shrank from represents the sins of the world. This burden was far more terrible than the physical pain that He bore. His anguish was so great that His sweat fell like drops of blood to the ground.

The cup of suffering and sin that Jesus drank has become the cup of salvation for us! May we always be full of gratitude to Him who loved us and gave His life for us! (Galatians 2:20).

Forms and Purposes of Holy Communion

A variety of church practices exist concerning the Lord’s Supper. For the bread, some groups use only unleavened bread. This follows the pattern of the Passover bread made without yeast or leaven (Mark 14:1). Others prefer that the bread is in one piece, either a loaf or a wafer to be broken by the leader into small pieces. Large churches may find individual-size wafers more practical.

Some churches use one or two large cups that are shared by all the participants. In this case, the cup is wiped with a cloth after each person takes a sip. Other congregations make use of small individual cups. The drink is usually grape juice but maybe wine or wine mixed with water. In parts of the world where grape juice is not obtainable, juices of other fruits are substituted.

Some churches observe the Lord’s Supper every Sunday as part of the morning worship. Others serve communion on the first Sunday of every month. Rural churches might have communion only once in several months—whenever a minister can come for a service. The Scripture says “whenever.” This leaves it up to the local churches to decide what is best for them.

Though some churches practice “closed communion” (restricting it to their members), most Pentecostal churches have “open communion.” This means that all who are born-again believers are invited to participate.