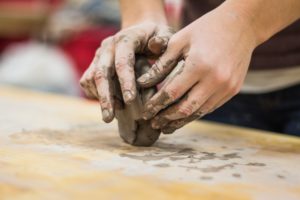 Likewise, Cambridge physicist Stephen Hawking asks about what got the universe going, what makes the universe continue to exist, and what theory could unify everything. He then muses: “Or does [the universe] need a creator; and, if so, does he have any other effect on the universe? And who created him?”2

New atheist Daniel Dennett argues similarly — and sarcastically: “If God created and designed all these wonderful things, who created God? Super-god? And who created Super-god? Or did God create himself? Was it hard work? Did it take time? Don’t ask!”3

Children commonly ask, “Who made God?” or “Where did God come from?” but supposedly sophisticated philosophers and scientists should know better. There is nothing philosophically incoherent with the idea that something could be eternally existent and uncaused. So let’s explore this topic.

THE UNIVERSE IS NOT ETERNAL; IT BEGAN TO EXIST

Christians know that the universe began to exist because the Bible tells us so: “In the beginning, God created the heavens and the earth” (Genesis 1:1). But mainstream scientific explanations of the universe seem to teach the same thing. Whether or not you agree with its implications for the age of the earth, the standard Big Bang theory affirms that the universe — physical time, space, matter, and energy — came into existence roughly 13.7 billion years ago.* Three key reasons support this.

First, the universe is expanding — a phenomenon detected by red-shifted stars — that indicates they are moving away from us. As we backtrack in time, we see the universe moving back toward a definite starting point.

Second, energy is spreading out — an indication that the universe is winding down (the second law of thermodynamics), implying it has been wound up and is not eternal.

Third, the static noise you hear on untuned radios or TVs is the hissing sound of the Big Bang — what we call cosmic microwave background radiation. These three discoveries strongly support Genesis 1:1: “In the beginning God created the heavens and the earth.”4

The universe has not always been around — whether as a static (or “steady state”) universe, an eternally oscillating (expanding and contracting) universe, or infinite number of universes (“multiverses,” for which we have no scientific evidence anyway).5 What’s more, even naturalistic scientists acknowledge — even if grudgingly — the universe’s absolute beginning. Astrophysicists John Barrow and Joseph Silk state: “Our new picture is more akin to the traditional metaphysical picture of creation out of nothing, for it predicts a definite beginning to events in time, indeed a definite beginning to time itself.”6 Nobel Prize-winning physicist Stephen Weinberg remarked that the now-rejected “steady state theory [which views the universe as eternally existent] is philosophically the most attractive theory because it least resembles the account given in Genesis.”7 Michael S. Turner acknowledged in Scientific American: there “once” was “no previous era” and that “[m]atter, energy, space, and time began abruptly with a bang.”8 Barrow and Silk ask: “What preceded the event called the ‘big bang’? … the answer to our question is simple: nothing.”9

SOMETHING CANNOT COME FROM NOTHING

“From nothing, nothing comes” — or, if you like the fancier-sounding Latin, ex nihilo nihil fit. Skeptics would universally assume this principle were it not for the fact the universe’s beginning sounds much like Genesis 1:1 — and a personal Creator to whom we are responsible. A lot of naturalists are hoping for a metaphysical “free lunch” — something from nothing — but this often seems to be a God-avoidance technique.

But let us get clear: Nothing does not mean “unobservable entities like subatomic particles”; it means no thing. Being cannot come from nonbeing since nonbeing has absolutely no potentiality to produce anything. The chances of any thing coming from absolute nothingness are zero. Popular science writer and physicist Paul Davies says: “We don’t have too much choice”: either the Big Bang was produced by “something outside of the physical world,” or it is “an event without a cause.”10

Metaphysics is the study of ultimate reality. An obvious metaphysical principle is that being cannot come into existence from nonbeing (nothing). Even the 18th-century Scottish skeptic David Hume called this something-from-nothing idea “absurd.”11 Atheist philosopher Kai Nielsen affirms what we all know: “Suppose you hear a loud bang … and you ask me, ‘What made that bang?’ and I reply, ‘Nothing, it just happened. You would not accept that. In fact you would find my reply quite unintelligible.”12 If this is true of little bangs, then why not the Big Bang as well?

So if absolutely nothing existed in the past, then nothing would exist now — but clearly something exists now. This means something has always existed. But given what we know scientifically, a physical universe (or anything physical) could not have always existed.

Some have suggested that eternal abstract mathematical entities could be responsible for the universe’s beginning. But abstract entities or ideas do not have causal power to produce something; they just do not do anything. No, we are looking at some spiritual being capable of bringing finite matter into existence. 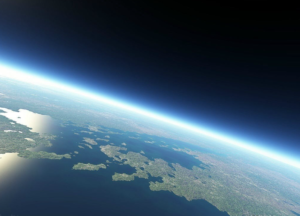 WHATEVER BEGINS TO EXIST HAS A CAUSE

“Who made God?” assumes atheism — that all things, including God, must have a cause. But a caused God is no God at all, since He would be dependent on something else for His existence. This is question-begging — assuming what you want to prove. This is like saying, “All reality is physical; therefore, God cannot exist.” Now, the principle “whatever that begins to exist has a cause” is not question-begging; it does not assume God created the universe. We can still ask, for instance, whether its cause is personal or impersonal.

PHILOSOPHERS THROUGHOUT HISTORY HAVE AFFIRMED THE COHERENCE OF ETERNALLY EXISTING THINGS

Sadly, Bertrand Russell had a reputation for engaging in one adulterous relationship after another.14 In addition to this physical cheating, he did some metaphysical cheating as well. Remember his alleged rejection of God because of the “who made God?” objection? Yet later in a 1948 BBC debate with Christian philosopher Frederick Copleston, Russell nonchalantly commented that the universe is “just there, and that’s all.” 14 Did you see what he did? He earlier rejected God because he assumed God’s necessary self-existence was incoherent, but he accepted the universe’s self-existence as perfectly coherent. And he is not the only philosopher to play such metaphysical games.

We have observed that the “Who made God?” objection assumes atheism. What is more, many of the world’s great thinkers from Plato and Aristotle onward believed that matter or the universe was eternal and needed no explanation for its existence. Now that we know the universe began to exist a finite time ago, why then could not an eternally existent God be its cause? As Dallas Willard observes, “an eternally self-subsistent being is no more improbable than a self-subsistent event emerging from no cause.”15 In fact, before the Big Bang became a well-established theory, atheists and skeptics themselves — including Russell — believed the universe is eternal and therefore does not need a cause. But even so, no one could reasonably accept that something could pop into existence uncaused, out of nothing (as we saw with David Hume). But now that contemporary science supports the universe’s beginning, many nontheists squirm at the possible theistic implications of this fact; they would rather opt for its being uncaused or (somehow) self-caused.

Whether it is the universe, God, or some other “Absolute” or “Ultimate,” many brilliant minds holding diverse philosophical views have considered an eternal, self-existent entity to be quite coherent.

UNLIKE GOD, THE UNIVERSE (OR ITS PARTS) COULD EASILY NOT HAVE EXISTED

Why does anything exist at all? Here it helps to distinguish between necessary and contingent being. A contingent being (a) requires something outside itself to cause (or actualize) its existence; (b) is sustained by something else; (c) is finite; and (d) is an intermediate explanation. By contrast, a necessary being’s own nature is the sufficient reason for its own existence; it is (a) uncaused, (b) self-sustaining, (c) eternal, and (d) ultimate.16 By definition, God has to exist in all possible worlds. As a necessary being, God cannot not exist.

By contrast, there is no reason to think the universe has to exist — that it is a necessary being. Neither the universe as a whole nor any of its entire members has to exist. If the universe is winding down and is not eternal, then it is reasonable to ask: “On what does the universe depend?”

We have seen that the universe could not pop into existence uncaused from nothing. And why a universe? Why not elephants or pianos popping into existence uncaused? No, whether we are atheists or theists, we take for granted that for anything that exists (whether contingent or necessary), there is a sufficient reason for its existence.17 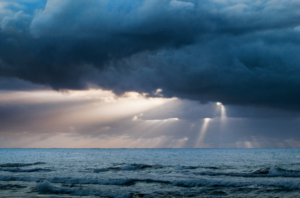 “WHO MADE GOD?” COMMITS THE CATEGORY FALLACY

We have seen that “Who made God?” begs the question, assuming what one wants to prove — namely, that all things must be contingent (dependent) entities. But God is in a distinct category from

the rest of reality. To put God in the contingent category is like asking, “How does the color green taste?” or “What flavor is middle C?” God, by definition, is an uncaused, necessary (noncontingent) being. God should not be blamed for being noncontingent. To get clear, let’s reword “Who made God?” to “What caused the self-existent, uncaused Cause — who is by definition unmakeable — to exist?” The question answers itself.

Is it not baffling that something could be eternally existent? Well, certain realities — such as logical laws or mathematical truths are clearly uncaused — and, we could argue, are rooted in God’s rational nature. For instance, the statement “2+2=4” did not become true a finite time ago. So if this is true, why could not we say the same about God himself?

And how could a perfect, maximally great being just “happen” to exist? We could reply that skeptics face a more difficult challenge — a precisely tuned universe beginning from nothing. That is, how could a perfectly tuned universe spring into being — with its precise mass, expansion-rate, proton-electron ratio, electromagnetic force-gravity ratio, and many more delicately balanced conditions for biological life built in from the outset? Rather than opting for a chance universe from nothing that produces homo sapiens with absolutely no margin for error, an intelligent powerful necessary Cause behind this fine-tuning sounds far more plausible.

At some point, we will need to arrive at an ultimate stopping-point to intermediate explanations. If scientists allowed for an infinite series of explanations, scientific progress itself would be crippled. Clearly, the universe is not that ultimate, necessary explanation. As a necessary being, however, a self-sufficient God turns out to be the most suitable — and final — explanation for all reality outside himself.

4. For a full discussion, see Paul Copan and William Lane Craig, Creation Out of Nothing: A Biblical, Philosophical, and Scientific Exploration (Grand Rapids: Baker Academic, 2004).

5. See Creation Out of Nothing for a discussion of these and other naturalistic models to explain the universe’s existence.

16. Winfried Corduan, No Doubt About It: The Case for Christianity (Nashville: Broadman & Holman, 1997).

* The Assemblies of God takes no official position on the age of the earth (See AG Position Paper, “The Doctrine of Creation” at http://ag.org/top/Beliefs/Position_Papers/index.cfm) but allows authors freedom to advocate positions on this issue based on their own study of the Bible and the relevant scientific evidence. A forthcoming issue of Enrichment on faith and science will include a debate between young earth and old earth authors.