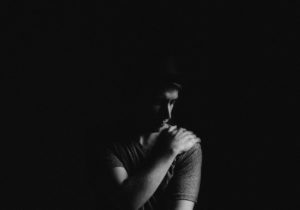 Growing up in church I heard messages on how adulterous affairs ripped relationships. I listened intently as ministers shared about the “war within the womb” called abortion. I remember sermons dealing with dysfunctional families caught in a web of alcohol or drug addiction.

Through all those years, however, I do not recall a single sermon on child abuse. Yet, consider this: Our loving Savior called the religious leaders of His day “white-washed tombs” because of their hypocrisy. But for those who harmed children, He said, “It would better for them to have a large millstone hung around their neck and to be drowned in the depths of the sea” (Matthew 18:6). The only known instance in Scripture of Christ calling for the death penalty for any evildoer was for child abuse. How can the hearts of Christians not be in tune with Jesus on this?

As pastor, one of your responsibilities is keeping children in your church safe. What you may not be aware of — and what may be crying out for more of your attention — is the desperate need for the church to leave the confines of its building and move into society, demonstrating hope and healing to children in desperate need and to millions of survivors of abuse who are still living with the hurt.

Statistics show that one out of three adult women and one out of six adult men have experienced some form of sexual or physical abuse, neglect, or abandonment before age 18. Next Sunday when you look at your congregation, imagine every third woman has a secret wound that you cannot see. She may be ashamed to admit this even to herself. And every sixth man has the same, hidden scar.

Only in the past 100 to 150 years have people in the United States actively organized to prevent child abuse and help ensure children grow up in safety. Astoundingly, the Society for the Prevention of Cruelty to Animals (SPCA) brought the first child abuse case prosecuted in a United States court.

It was 1874. For months, the treatment a tiny girl received in an upstairs New York apartment tenement horrified neighbors. They had only seen her once when the family moved in, but they heard her pitiful cries through the thin walls of the apartment building.

A courageous woman, Mrs. Etta Angell Wheeler, went to the apartment under a pretense of inquiring about a sick neighbor. When she saw the child, Mary Ellen was emaciated. Cruel marks from a leather whip that was in plain sight covered her arms and legs. This little girl was dressed in rags although it was winter. She was wrestling with a frying pan nearly as big as herself, trying to wash it.

“But the saddest part of her story was written on her face,” Mrs. Wheeler reported. “Mary had the look of suppression and misery, the face of an unloved child, of a child who had seen only the fearsome side of life.”

She estimated the girl to be 5 years old at the most, but Mary Ellen was 9. Because her parents had starved and neglected her, she appeared much younger. Neighbors knew she never left the apartment and was often locked in a dark room for an entire day, left alone hour upon hour.

At this time in the U.S., there were no agencies to protect children. The government considered children the property of their parents or caregivers. Mrs. Wheeler was so troubled by the situation, and so perplexed as to how to help, she finally took the advice of her niece who suggested she go to the SPCA. The parents were treating this little girl like a little animal.

The SPCA took the case within days. They persuaded a judge to rescue the child and prosecute her abusers. The day she was rescued, her parents had stabbed Mary Ellen with scissors; a jagged cut ran from her eyebrow down her cheek. 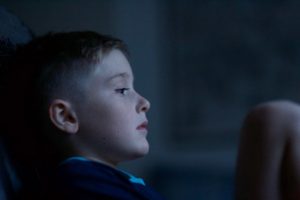 This tragic situation birthed the first U.S. organization specifically designed to protect children. But it was not until years later that Congress passed legislation creating a Children’s Bureau designed solely to protect children’s welfare. And not until the 1960s and the presentation of Dr. Henry C. Kempe’s study “Battered Child Syndrome” that professionals began to take seriously a true epidemic of child abuse.

Social Services today are busy rescuing children and placing them in foster homes and institutions until they can be reunited with their families or permanently adopted.

Each year over 3.5 million cases of child abuse (physical and sexual), abandonment, and neglect are reported. Half a million children now live in foster care; 150 thousand of these are between the ages of 6 and 12.

By the time Social Services rescues an abused, abandoned, or neglected child and places him or her in the foster care system, the damage has already been done — damage that can last a lifetime.

Foster children are the most at-risk children within the U.S. These kids have proven to be at higher risk of future homelessness, prison terms, and unwanted pregnancies. Studies show within 2 to 4 years of their emancipation from foster care at age 18:

Royal Family Kids exists for abused, abandoned, and neglected children. My wife, Diane, and I established the outreach (in an Assemblies of God church where I was serving as pastor) to help Christians extend the healing touch of the Savior to those in need. Our ministry provides one way that churches can engage with local government, businesses, Social Services, and especially with the children in need.

Royal Family Kids is a summer camping program with a 25-year track record of success in helping heal brokenhearted children through the care and intervention of volunteers from churches. We are the nation’s leading camping program for abused, abandoned, and neglected children. This past summer approximately 8,000 volunteers at 150 camps in 33 states welcomed more than 7,000 foster children. We also started Royal Family Kids programs in Australia, Chile, Japan, Kenya, New Zealand, Peru, the Philippines, Singapore, and South Africa. In 2010, we held 22 international camps.

We designed this effective faith-based approach to help children meet their heartfelt needs and introduce them to God’s healing power. Here are reasons we are successful:

Our success stories are numerous. Consider Sabrina, whose case was worse than Mary Ellen’s. For whatever reason, Sabrina’s mom and stepdad decided she was not like her brothers and sisters. We often see this in abusive families; one child is singled out as a scapegoat.

Gobbling scraps under the dinner table was the only way Sabrina was ever fed. School was just a dream for her. She had too many bruises and scars. Her parents could not risk letting authorities see her. Her mother beat her daily with a flyswatter, a switch, a belt, a curtain rod, even a hammer. Both her father and stepfather abused her.

“My body ached with pain and hot tears spilled onto my cheeks,” Sabrina remembers. “I was locked in a tiny cupboard beneath the stove, sometimes all day. I wasn’t even allowed to use the bathroom. At times my parents forced me to crawl into a small dog carrier and locked the door. They treated me like an animal, and I felt like one, too.”

Thank God someone stepped in to help Sabrina. A neighbor called an abuse hotline and reported the pitiful cries of a child in desperate need. Sabrina says that anonymous caller was her angel.

Her new life in foster care was the start of an amazing transformation for Sabrina. One part of this was her introduction to Royal Family Kids. 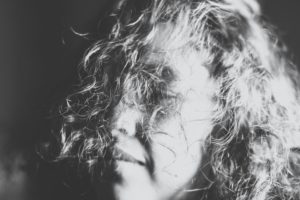 HER BEST YEARS SO FAR

“The 3 years I went to camp were three of the best years I had ever had,” Sabrina says. “I still carry those memories with me to this day.” She remembers the name of each counselor she had. She stays in touch with two of them. She also met another girl who later became her lifelong best friend.

For the first time in her life, Sabrina felt like part of a family, her Royal Family. She found hope in Jesus Christ and began to understand how His love could bring healing to her soul. She also met the woman who was to become her adoptive mother.

Today, Sabrina is 16, and says, “My life is great. I have an amazing family, church family, and friends. All the credit goes to God, because He made all of it possible.”

Sabrina’s experience at camp, her transformation from a child who felt like a trapped animal to a joyful Christian young woman, began at Royal Family Kids.

So what about you and your church? How can you make a difference for children like Sabrina, or for adults who are still living with the horrible pain of past scars?

I remember a little 8-year-old boy at camp. I was surprised when he said, “Jesus and I have a lot in common.”

“What? How so?”I asked. What could Jesus have in common with this little guy? I thought.

“We both have stepdads named Joseph,” he said brightly.

Jesus did not grow up with both biological parents. It is the same situation for many of the children we serve. Think about various Bible heroes who grew up in foster care:

God often provided surrogate families for His children. Royal Family Kids can be that family for today’s abused, abandoned, and neglected children. You and your church can make it possible. Here are some questions that might show you ways you can make a difference:

I remember the sad face of a10-year-old girl who asked me, “Where was God when I was being molested?” This is the question we at Royal Family Kids are called to answer. I believe it may be a question God has called you to answer for young victims in your city and community. What will you say?

*Name has been changed to protect the individual’s identity.

AT THE CORNER OF CHURCH AND STATE

Churches, Royal Family Kids, and Social Services together create a triangle that results in dramatic impact in children’s lives, and in the lives of volunteers who have come to understand the pain and hurt and respond with compassion and the healing touch of Christ.

We have formed Royal Friends’ Clubs to help extend the relationship of children with their camp counselors and other caring adults through a summer-to-summer mentoring program. This is a year-round avenue for your church to respond to the needs of child-abuse survivors in a way that powerfully impacts children in need. This builds an ongoing relationship with your government and Social Services as well.