Patricia was highly educated and articulate, an attorney by occupation, and a Christian believer — and a fellow passenger on a flight from Dallas to Orange County.

Noticing that I was reading the Bible, she asked, “Are you a preacher?” She told me that she was returning from her mother’s funeral. Her mother was a Christian, she added. Over the next two hours we shared much about ourselves: our faith in God; how we felt at our parents’ deaths, even though they were believers; and the maturing of our children. In the course of our conversation Patricia asked a question that she said had been bothering her for many months: “Will God save people of other world religions?”

My sensitivity to this question had been greatly enhanced by reading Harold Netland’s “Encountering Religious Pluralism” and Ravi Zacharias’ “Jesus among Other Gods” and by discussing this topic with learners in various university classes. I was intrigued that this question came up so readily and was asked so urgently. I inquired, “Why do you ask this particular question?” She responded by saying that she had relationships in her community with many people from different world religions. These people, she added, were good and sincere in their beliefs. It was evident that she had been considering this question for a long time.

I asked her how she felt in her heart about this question. She was ambivalent, she said. She believed that Jesus is the way to God but objected to the strident, intolerant rhetoric of Fundamentalists. She somehow perceived that God would accept people of all religions if they are sincere. We then talked at some length about the themes of acceptance, toleration, and empathy–characteristics necessary for peace and security in a multicultural society. Except for the religious leaders who sought to turn people away from him, Jesus always accepted people where they were and pointed them toward the kingdom of God. 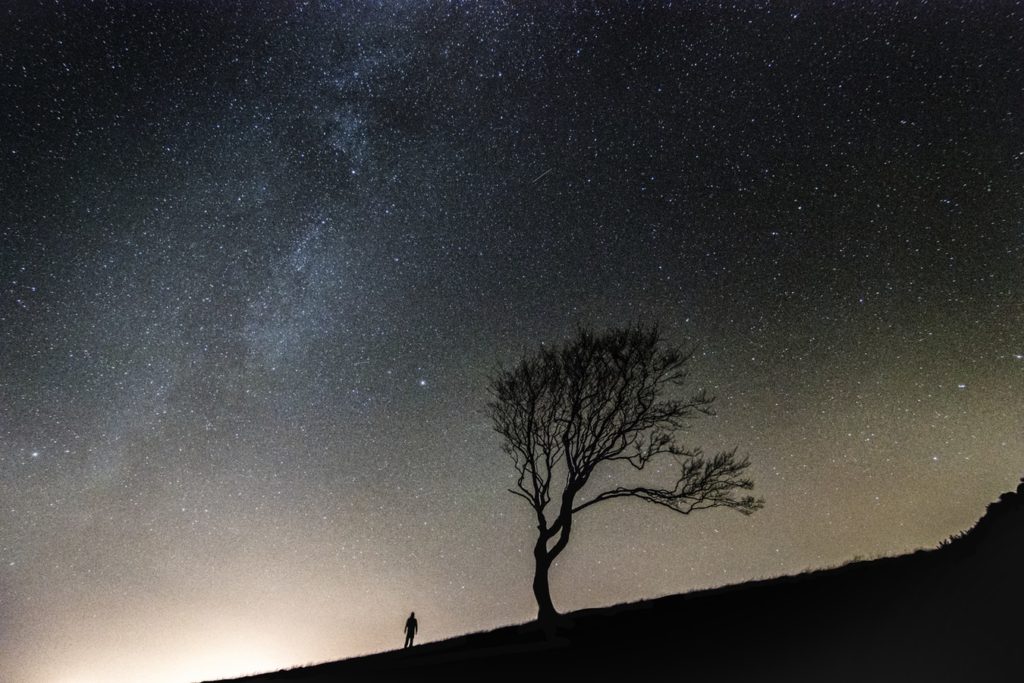 After affirming my empathy with people of all backgrounds, I suggested that we must also compare and contrast belief systems of world religions since these form the essence of identity. Because I believe Christianity to be a narrative religion, rooted in the history of creator God who actively works in history, I began by telling the story of God creating and making humans in his own image. He sought humans when they sinned and rebelled against him and extended his grace by selecting Abraham and his descendants to become a blessing to all nations. He made the Israelites, who were an oppressed people, his priests to the nations and established priests and prophets. God loved humankind to the extent that he even sent his own Son. I believe that this historical narrative of God’s work never grows old. It touches the heart and reaffirms the kingdom of God in life. Above all, this story of God’s work in human history enables searchers like Patricia to affirm the distinctive nature of the Judeo-Christian way.

This story illustrates the essence of Christianity. As creator, God is not only almighty and transcendent, but is also the compassionate One in our midst. God’s response to human sin illustrates his eternal attributes of love and holiness. When Adam and Eve acquiesced to Satan’s temptations, God came searching for them, calling, “Where are you?” (Gen. 3:9). God was not seeking their location with this question but calling those created in his image into relationship with him. God punished them for their sin, not maliciously, but as a parent who punishes a beloved child (Prov. 3:11-12; Heb. 12:4-11), to refine them so that they might “share in his holiness” (Heb. 12:10). God is a moral being who desires that his creation share in his nature.

The nature of God became especially evident when Christ became flesh and tabernacled among us. Humans were then able to see “the radiance of god’s glory and the exact representation of his being” (Heb. 1:3) in human form “full of grace and truth” (John 1:14). Christianity, therefore, is a personal religion rooted in the nature of a loving creator who desires that his creation reflects his nature.

Hinduism “at its heart and in its goals teaches us that we are to seek union with the divine. Why union? Because the Hindu claims that we are part and parcel of this divine universe. The goal of the individual is, therefore, to discover that divinity and live it out” (Zacharias 2000, 96). An impersonal, all-pervading essence, sometimes defined as “god” or “universal life energy” fills the universe. As droplets of water merge to become a stream, then a river, and finally an ocean, so individuals must seek to become one with the essence of the world through meditation, thereby achieving a change of consciousness called enlightenment.

According to Deepak Chopra, “we are divinity in disguise, and the gods and goddesses in embryo that are contained within us seek to be fully materialized. True success is therefore . . . the unfolding of divinity within us . . . . ” (1994, 3, 98). He says, “Today I will lovingly nurture the god or goddess in embryo that lives deep within my soul. I will pay attention to the spirit within me that animates both my body and my mind. I will awaken myself to this deep stillness within my heart. I will carry the consciousness of timeless, eternal Being in the midst of time-bound experience” (1994, 102).

There is an immense gulf between the personal God of Christianity and the impersonal energy of the Hinduism, between the self-giving of Christ and the self-deification of Hinduism. Are we created in the image of God for fellowship with him or as gods in disguise waiting to be discovered? Is ultimate reality more fully realized by reaching beyond ourselves to relate with personal, loving, holy creator God or found within our beings by discovering our own divinity? These realities are mutually exclusive. Thus, to accept the personal God of Christianity is to reject the god-within-us perspective of Hinduism.

Humans were created in the image of God for fellowship with God. “Union with the impersonal absolute . . . does not satisfy the longing for communion (Zacharias 2000, 97). Consequently, the self-deification of Hinduism in India has not led to the demise of gods but their proliferation. In no geographical area are there more gods and spirits than in the subcontinent of India. “Hinduism,” according to Zacharias, “could not survive the sterility of this kind of self-deification. Personal deities are erupted by the millions, and the temples are crowded with people seeking to worship” (2000, 97).

Islam presents another view of God. The Allah of Islam is personal creator like in Christianity, but he is distant, authoritarian, and austere – a rule-making and enforcing god. He does not draw near to humanity; humanity rather must draw near to him. “Repetition and submission take the place of warmth of relationship” (Zacharias 2000, 98). Thus the Muslim is never sure of his salvation. It depends upon the will of Allah. “When relationship is swallowed up by rules, political power and enforcement become the means of containment” (Zacharias 2000, 98).

The Reality of Religious Pluralism

During our conversation Pat began to realize that all religions are not the same. They are not different roads going to the same place. They have differing ways of defining God and the ultimate reality of the world. “At the heart of every religion is an uncompromising commitment to a particular way of defining who God is or is not and accordingly, of defining life’s purpose” (Zacharias 2000, 6-7).