The ancient city, founded in 759, her buildings now a mixture of old beige mud brick homes and new gray cement apartments, stores, schools and a large hospital sloped down the hills and into the valley to the east.

A paved road curved across the abandoned unpaved cart road going west to the Tibetan plateau. Soaring snow-capped peaks rose behind low green hills that bounded a river flowing through the southern valley.

But it was the northern scene that held my attention. I remembered this view from a picture in my father’s collection. In that picture a small stream wove its way through a barren, bleak valley. On the hill in the foreground of my father’s picture sat two plain wooden boxes, one adult and one child-sized. A simple wreath lay on top of each box. 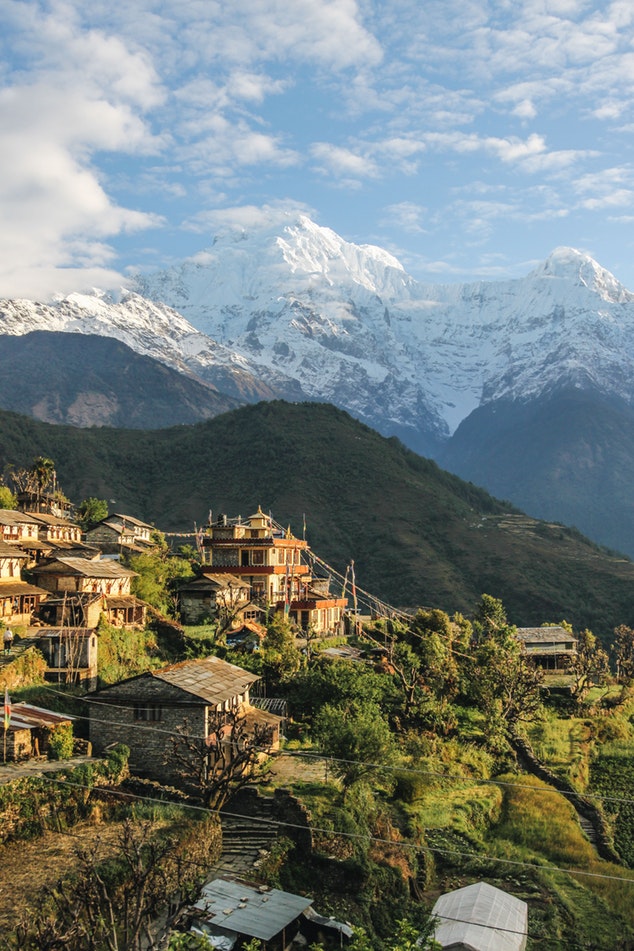 On this day, decades later, I stood looking north up that same valley. Clear azure skies shone benevolently on the stream hurrying over the stones on its way to the river.

Mossy green blankets struggled to cover the hillsides. A single row of barley sheaves all golden and heavy with grain stood at the edge of the hill.

Superimposing today’s scene on the view my father captured on film so long ago, I pondered the differences.

Then, the black and white view stretched to the horizon, bleak and barren; today, vivid colors augured life and hope.

Then, two plain wooden boxes lay near the edge of the hill; today, barley sheaves stood just a few feet beyond.

Then, gray winter spread across the land, cold in death; today, vibrant autumn gathered in a living harvest.

I always respected and acknowledged God.

Mary Ann Hawkes was born to missionary parents on the northwest China and Tibetan border. During studies at Central Bible College in Springfield, Missouri, she met Paul Hawkes, a Welsh student from Canada. Following marriage, Mary Ann immigrated to Canada. Two years later Paul and Mary Ann went to Kenya as missionaries. The Hawkes also served the church in Asia, traveling from their base in Hong Kong.

Mary Ann earned a master's degree in Commonwealth literature and taught at the University of Saskatchewan. Currently, Paul and Mary Ann teach at the Theological Centre for Asia in Singapore and travel in ministry throughout the region. Their sons, Mark and Paul, and their families live in western Canada.